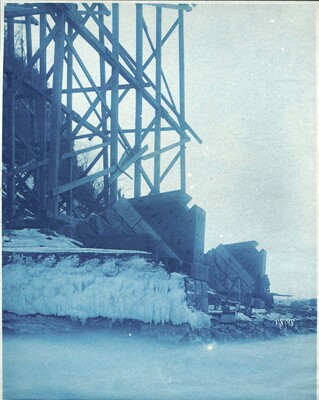 The abutment of the Falls View bridge during construction, January 8, 1898.  The abutments were located much closer to the river than the Suspension Bridge foundation.

The Falls View Bridge, also known as the Honeymoon Bridge and Upper Steel Arch Bridge, was opened to traffic in June 1898.  It replaced the Suspension Bridge that was located in the same area.  With the increasing use of electric railways, it had become clear that the Suspension Bridge was not adequate to support the increased weight and a new bridge would need to be built.  The Falls View Bridge consisted of one level and could accommodate electric trolleys, carriages, and pedestrians.

Construction on the bridge began in 1897.  The abutments were located 14 feet closer to the American Falls than the foundation of the Suspension Bridge.  These were also located only a few feet above the water level.  This proximity to the Niagara River would eventually result in the bridge's collapse. 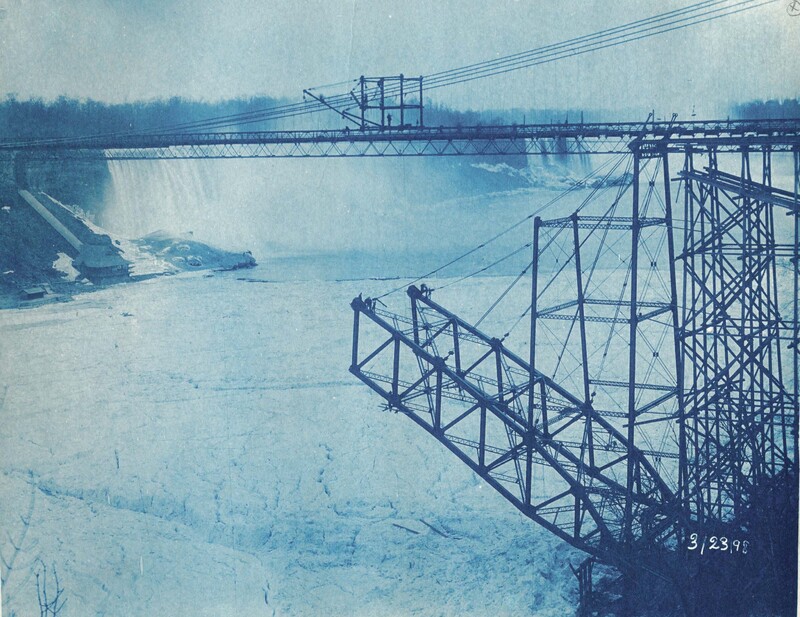 Construction of the Falls View bridge, March 23, 1898.  The Suspension Bridge can be seen in the background. 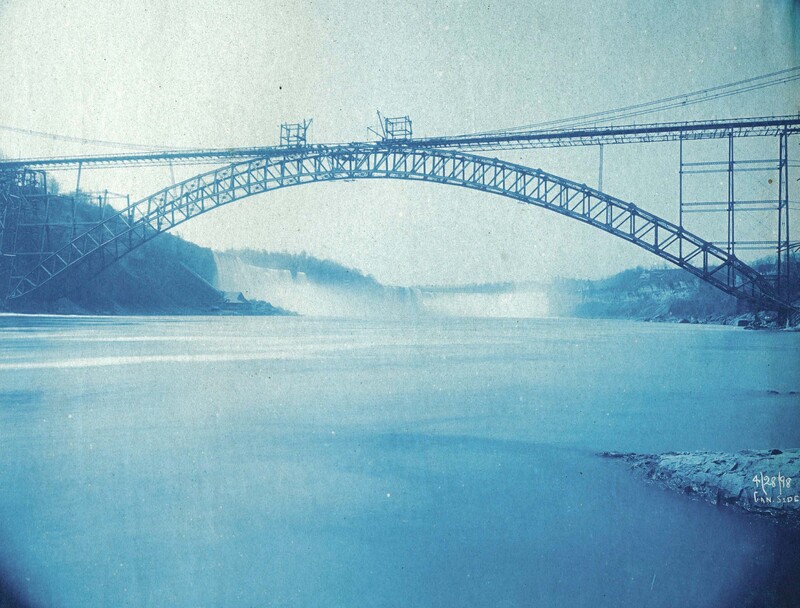 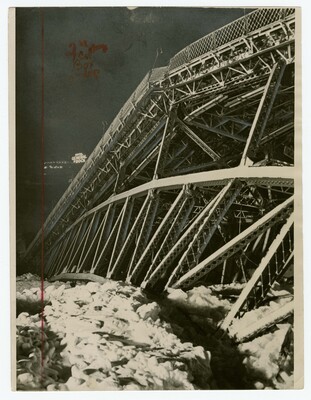 A photograph of the Falls View Bridge after it collapsed in January 1938.

It quickly became apparent that the abutments would need to be continually monitored and protected from encroaching ice from the river.   The ice had the potential to push the structure off the abutments.   A wall was built around the abutments, extending four feet below the water level.  This temporarily protected the bridge from damage.   But signs that the bridge was not structurally sound were emerging.  The bridge was known to sway under heavy loads or high winds.

In January 1938, a combination of warmer temperatures, high winds, and thin ice resulted in record-high ice and water levels in the Niagara River.  The bridge creaked and groaned as almost 100 feet of ice pushed against its steel frame.   It was clear that the bridge's collapse was imminent.  On the morning of January 26, travel over the bridge was prohibited.  Spectators arrived hoping to witness the fall of the bridge.   On January 27, the ice finally pushed the bridge off the abutment, causing the entire bridge to crash into the gorge.  The Falls View bridge was replaced with the Rainbow Bridge, which remains in use. 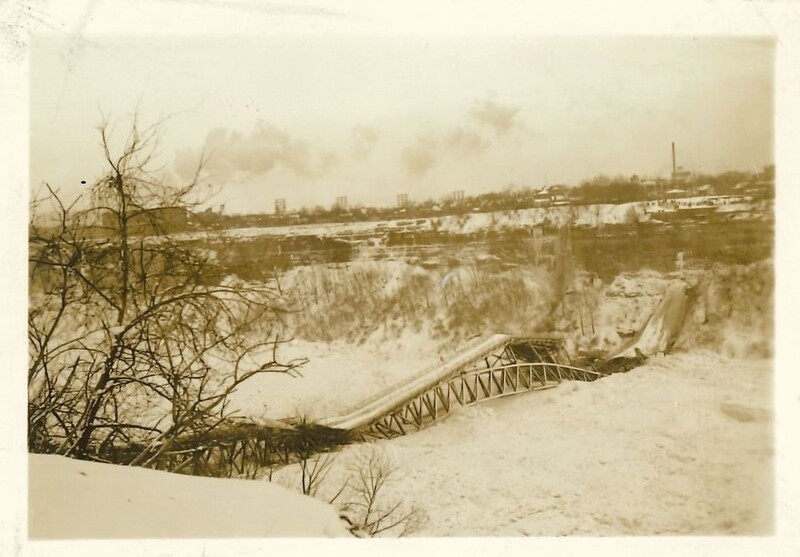 The Falls View Bridge after it collapsed on January 27, 1938.  The wreckage remained on the ice for the remainder of the winter, eventually sinking into the river as the ice thawed.