Attorney Henry Drushel Perky was born in 1893, in Ohio.  During his life, he was plagued by stomach ailments. One day he met a man who suffered from the same type of problem. The unnamed man told Perky that eating boiled wheat with cream restored his health.  Perky took this advice to heart. He and his friend, William H. Ford, invented a machine for the preparation of cereals for food. The machine created little wheat "mattresses" They named the little wheat "mattresses" shredded wheat. 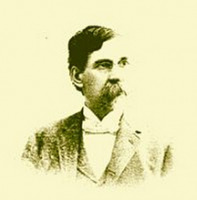 At the 1893 Columbian Exposition, the business partners tried to sell the shredded wheat machine, but they soon realized that the actual cereal biscuits were more popular than the machines. Perky moved to Boston, Massachusetts where he opened a bakery.  He was the first person to mass produce a cereal that was ready to eat. By 1898, the cereal was being sold all over North and South America and throughout Europe.

In 1904, the Niagara Falls Canadian Shredded Wheat plant was opened. In 1928, the company was sold to The National Biscuit Company and the product name changed to Nabisco Shredded Wheat. The name of the plant was changed to Nabisco Foods in 1956 to reflect the variety of foods that were being produced at the time. In 1985, Nabisco was purchased by R.J. Reynolds, so RJR Nabisco was formed. In 1994, RJR sold its breakfast cereal business to Kraft Foods and the international licenses were taken over by General Mills. Shredded Wheat is now integrated into the Post Foods portfolio. 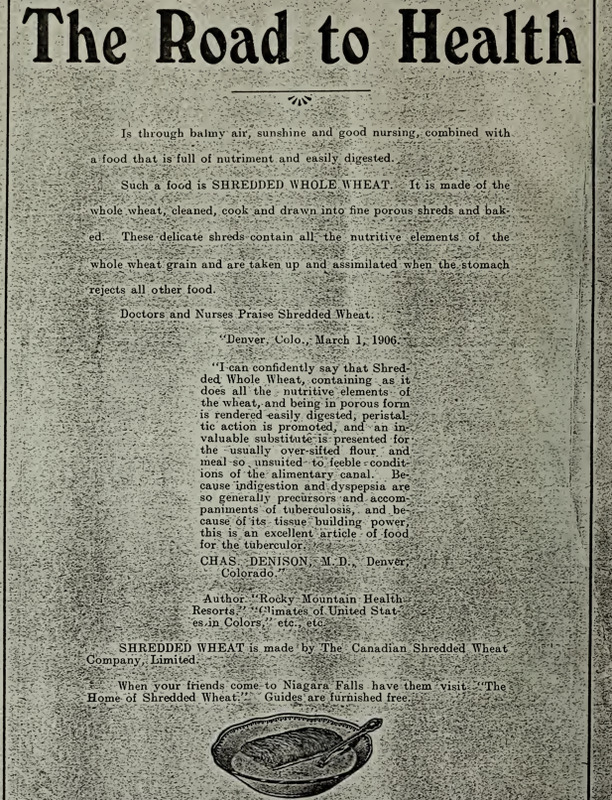 A 1906 endorsement from a medical doctor extolling Shredded Wheat as a health food.