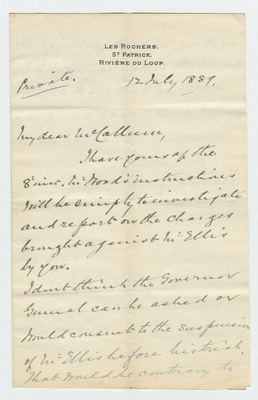 McCallum is informed of the investigation, 1889

McCallum felt that the Welland Canal was being mismanaged by the Superintendent, William Ellis.  McCallum pushed for an investigation into the matter, which Prime Minister MacDonald agreed to.    The two corresponded about the matter on several occasions.

McCallum felt so strongly that Ellis had been conducting his affairs with the Welland Canal improperly that he encouraged MacDonald to suspend him before the investigation.  He felt that his guilt was already proven by Ellis' own letters in the correspondence with the Departments of Railways and Canals, and felt that a suspension before trial was reasonable and warranted.  MacDonald, however, disagreed.  He wrote that "the fact that our investigation has been ordered on the statements laid before the Government does not prove that suspension is necessary or equitable".  He further writes that "this is not a spirit of British justice".

McCallum admits in a subsequent letter that he realizes he has written strongly on the matter of the investigation and should not question MacDonald's opinion on the spirit of British justice or the mode of conducting the investigation.  He notes that he has no other interest but that of public justice and good government. 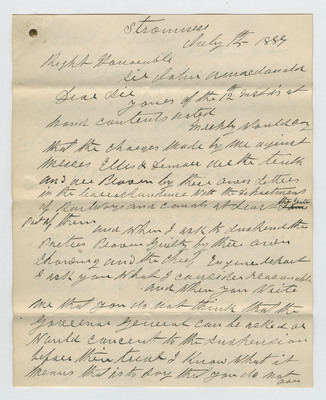 McCallum urges MacDonald to suspend Mr. Ellis before the investigation 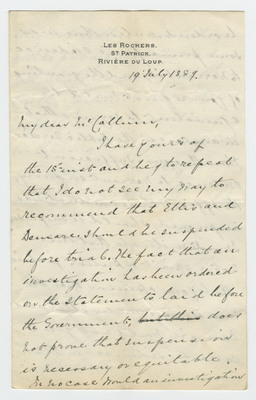 MacDonald's response to the suspension request 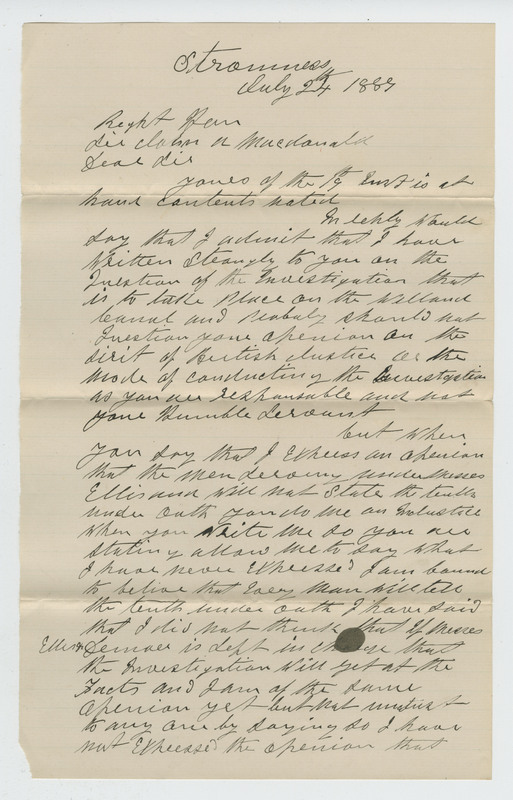 McCallum's final letter to MacDonald on the matter of suspension for Mr. Ellis, July 24, 1889