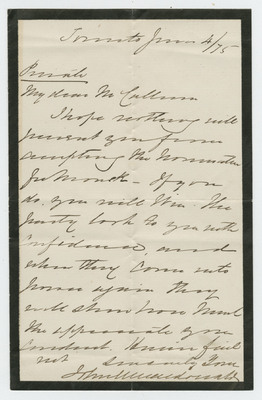 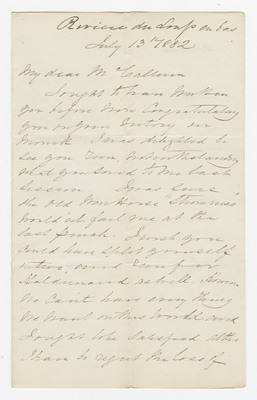 Lachlan McCallum and Prime Minister John A. MacDonald corresponded regularly about political matters, especially around election time.  MacDonald often encouraged McCallum to run for office and congratulated him on his victories. 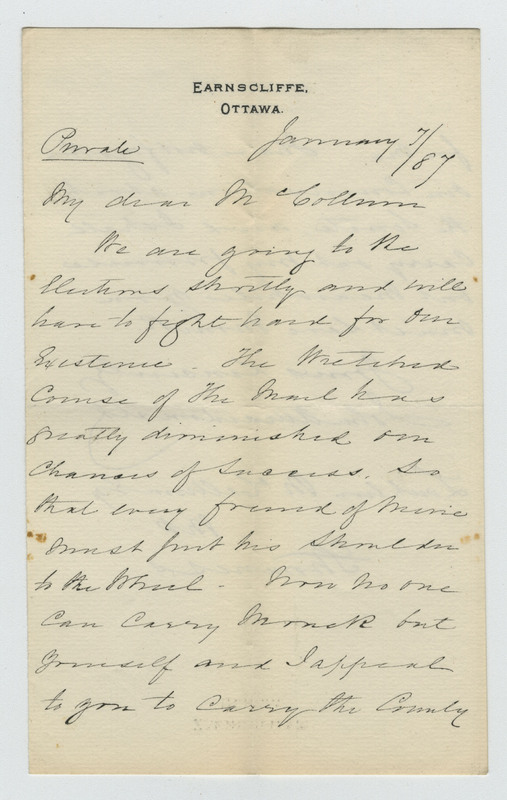 Letter stressing the importance of the upcoming election.  MacDonald also refers to a Senate appointment for McCallum, January 1887 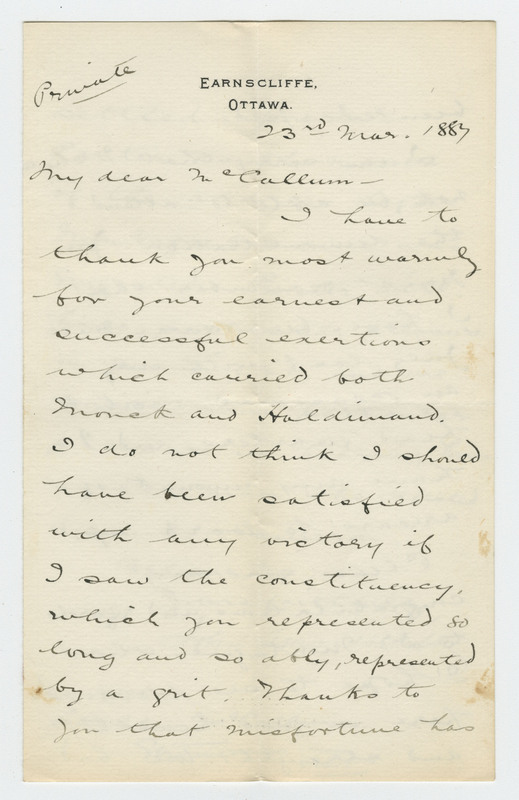 A note of thanks for the victory in a recent election, March 1887