Report of the Fenian invasion, with mention of the W.T. Robb, 1866

Captain Lachlan McCallum and his Dunnville Naval Brigade were called into service in June 1866 when the Fenians invaded at Fort Erie.  McCallum's tugboat, the W.T. Robb transported the men to Port Colborne to pick up troops being assembled to fight the Fenians.  They were brought to Fort Erie where an attack had occured the previous day and took several Fenians prisoner, but found that most of the enemy had moved on.

However, another band of 1000 Fenians were approaching Fort Erie at the time, and McCallum and some members of his brigade fought with the Fenians before meeting up with the W.T. Robb, which had embarked with the prisoners and volunteers.  For his service, McCallum was presented with a sword by the County of Welland (along with Captain King), and their men were awarded medals. 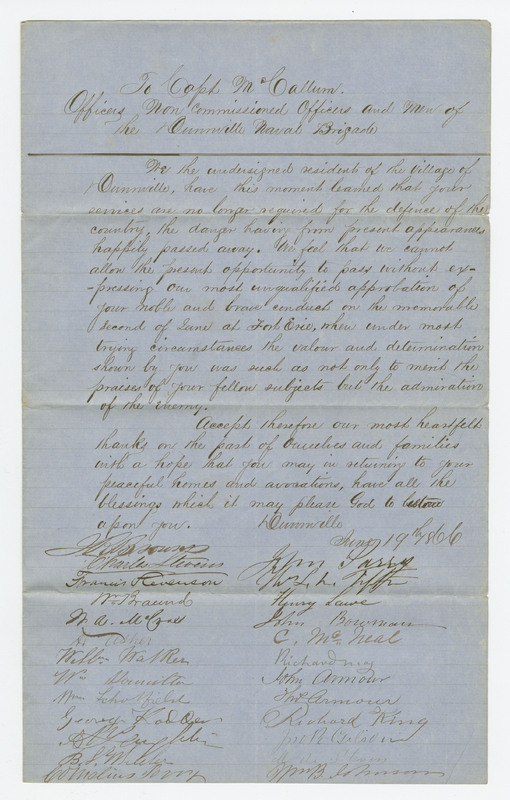 Certificate of Appreciation to McCallum, signed by members of the Dunnville Naval Brigade, June 1866. 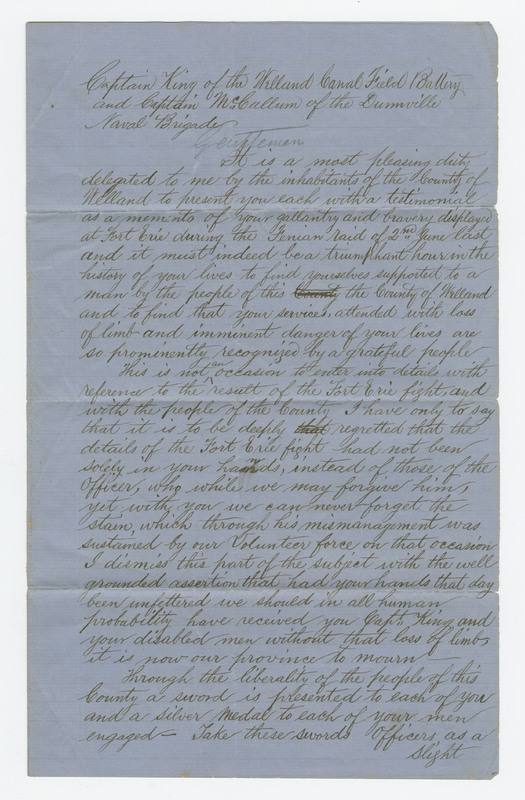 Address to Captain King and McCallum in appreciation of their service, October 1866