Devon Fornelli has extensive experience as a soloist, orchestral percussionist and chamber instrumentalist. He has performed with the University of Toronto Symphony Orchestra and the UBC Wind Ensemble among many others. His range of talent spans orchestral percussion, contemporary art music and drum set traditions from the big band era to the present.

On Devon Fornelli’s Garden Performance, 9 May 2020

Devon Fornelli’s musical improvisation of May 9, 2020, recorded in his back yard in St Catharines, Ontario, is an artist’s on-the-spot response to the then seven-week-old isolation imposed by the COVID-19 pandemic. The work is a free-form, non-idiomatic improvisation, so, unlike, say, a jazz improvisation, there is no underpinning harmonic progression or steady beat to direct the listener. The performer/composer uses a mixture of traditional percussion instruments and other found objects to form a dialogue with sounds from the surrounding space, and to reflect on and question the mood engendered by that space. Devon himself states that his main concern is “to get a sense of which instruments in my collection will speak or resonate closely with the environmental sounds.” Therefore, the aim here is similar to that of his 2015 performance marking the opening of the Marilyn I Walker School of Fine and Performing Arts in downtown St Catharines. As Devon explains, “In 2015, the main theme was the reverse sound signal made by the work vehicle as well as the crickets. The wind and the traffic and a few birds were the inspiring forces for this latest installation.”

The camera shot shows most of the instruments used, arrayed almost haphazardly on a table. Some are off-screen, as is most of Devon himself, with only a hand being visible on occasion. This static staging, with the main actor off-stage, gives the whole work a sense of disconnectedness—an almost-absence of humanity—that fits the mood of isolation perfectly. (We only see Devon’s face at the very end, as he is turning off the cell phone on which the recording was made.) The instruments on screen at the outset are as follows (from nearest to farthest): a woodblock, a manual car horn, a samba whistle within the curve of the horn, a shaker (the dark grey cylinder), more shakers connected by rubber bands (the orange objects), a pair of black maracas, a Chinese opera gong to the right of the maracas, a variety of wooden drumsticks and mallets only some of which are completely visible, a double-bass bow, a slide whistle, a kazoo, a siren whistle, a ratchet, a tambourine, double-ended swizzle sticks (two-headed drumsticks), blue yarn marimba mallets, a slapstick, and, right at the back, a suspended cymbal. Off-camera are also a snare drum, a tom-tom, and an ocean drum, this last made from two timpani heads connected at the hoops and with ball bearings inside.

The improvisation starts off tentatively at first, as if, after several weeks of isolation, it will take time to reassert oneself over the outdoors. Initially, ambient sounds dominate: distant traffic, the desultory cooing of mourning doves, the occasional gust of wind in the microphone. At 0:39 the dialogue begins with snare-drum sticks on the Chinese opera gong. Thereafter the various instruments as well as the different means of hitting or scraping against them are introduced, as participants joining a conversation. For example, the ratchet enters for the first time at 1:20, the tambourine at 1:28 and the woodblock at 1:55. At around 2:10 the snare-drum sticks are put down in favour of the brushes, and thereafter throughout the 37 minutes of the performance, various types of stick, beater and bow take their turns centre stage.

It is not totally inappropriate to anthropomorphize these objects, for, on one level, the dialogue is between the various instruments on the table. Given this, we may recognize sections of the performance that are characterized by contrasting textures and timbres, by different types of interactions, different rates of interlocution, and by different characteristic sounds. For example, around 9:00 we see an increase in activity and quicker transitions between multiple instruments. This contrasts with the sparser, more pensive texture of the opening. At 11:56 the slide whistle is picked up for the first time and it introduces the first sound we have heard that has a definite pitch. The section beginning at around 15:06 is one of just a few that establish a regular beat or pulse, in this case on the tom-tom and suspended cymbal. However, this sense of conventional rhythm has largely dissolved by 16:30.

As has been noted already, on a deeper level, the dialogue is with the environmental sounds, too. Since the performer cannot know ahead of time when these will occur, the resulting sound structure is somewhat aleatoric. Examples of this kind of mimetic interaction are legion—it is the main purpose of the piece, after all—and I offer just a few that I found particularly striking. At 2:43 a plane is heard overhead to be answered by brushes on the suspended cymbal. At 19:11 birds assert themselves in a sudden silence, and Devon responds immediately with fine, pointillistic sounds on the Chinese opera gong, woodblock and tambourine, to be joined by the kazoo for the first time at around 20:30. At 29:58 a dog barks, and when this happens for a second time at 30:06, Devon immediately echoes with a short roll on the tom-tom. In a similar fashion, the roar of a motorbike at 34:06 garners a riposte from the tom-tom and the suspended cymbal. At 34:45, Devon picks up the samba whistle for the first time, and, possibly in response to this—who knows—the dog barks again at 35:07, which, in turn, elicits a further reply from the tom-tom at 35:18. The performance ends as the wind picks up, and in conclusion Devon answers with the ocean drum. Because it is displayed so prominently on the table, I noticed that the car horn was never used. Was this placed there to echo back the sound of a real car horn in traffic, a sound of frustration or alarm that never actually materialised?

Outreach Activity: Your Turn to Create!
Devon Fornelli’s musical improvisation in his garden is quiet and harmonious. If you wish to share observations about the quietness of your own garden, please send them to us. You may also share photos, as long as they do not show human beings.
TO SHARE YOUR CONTRIBUTION WITH US, click on Outreach Activities on the main site of the Interiors platform and send us your file in Word (for text only) or JPEG (for images). (Please do not send videos or audio recordings.)

Provide your name and your email address. If you wish to use a fictive name, don’t forget to include it. Your email address will not be made public; we will use it only if we need to be in touch with you.

The curatorial team reserves the right to edit or not publish inadequate submissions. 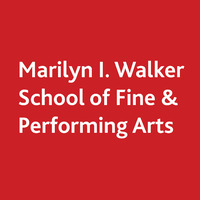