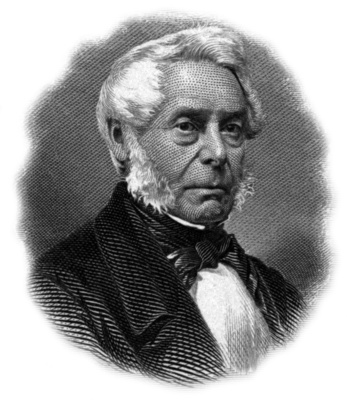 Oak Hill was built by William Hamilton Merritt around 1860.  It was intended to be a home for his family after their first home was destroyed by fire in 1858.  Merritt was a successful businessman and the driving force behind the Welland Canal.  His new home reflected his stature and wealth.

Located at the corner of St. Paul St. West and Yates St. in St. Catharines, the home was originally constructed of brick but was later stuccoed and painted.  The home has many classical architectural features including small pediments over the first floor windows and a large entrance portico.  One of the most intriguing features are underground tunnels in the basement leading from the house to the lower area along Twelve Mile Creek, which at that time was part of the Welland Canal.   Merritt was a member of the Refugee Slaves Friends  Society and it has been speculated that the tunnels were used by runaway slaves heading north by the Underground Railroad.  It has also been alleged that the tunnels were used to transport alcohol during Prohibition.   It is likely that they were built to enable easier transporting of goods from the boats to the house.  The tunnels were sealed over in 1967.

When Merritt died in 1862, his son Jebediah Prendergast Merritt inherited the house.  He lived there until his death in 1900, at which point it was passed on to Catherine Welland Merritt.  During the first World War, Catherine allowed the government to use the house as a military convalescent home.  After the war she moved back into the house.   In 1923, the Merritt family donated much of the land and gardens to the City of St. Catharines.  In 1928 Catherine sold the house, at which point it was used as an inn.  It is during this period that the tunnels were purported to have been used to transport alcohol during Prohibition.

In 1938 the home was purchased by E.T. Sandell.  Sandell was the owner of the Taylor & Bate brewery and Silver Spire Broadcasting Company.  He relocated the broadcasting studios of CKTB from the Welland House to the Merritt House.  CKTB was St. Catharines' first radio station, and it continues to broadcast out of the home.    The house has a reputation for being haunted as a result of numerous reports of unexplained noises, odours, and other phenomena.