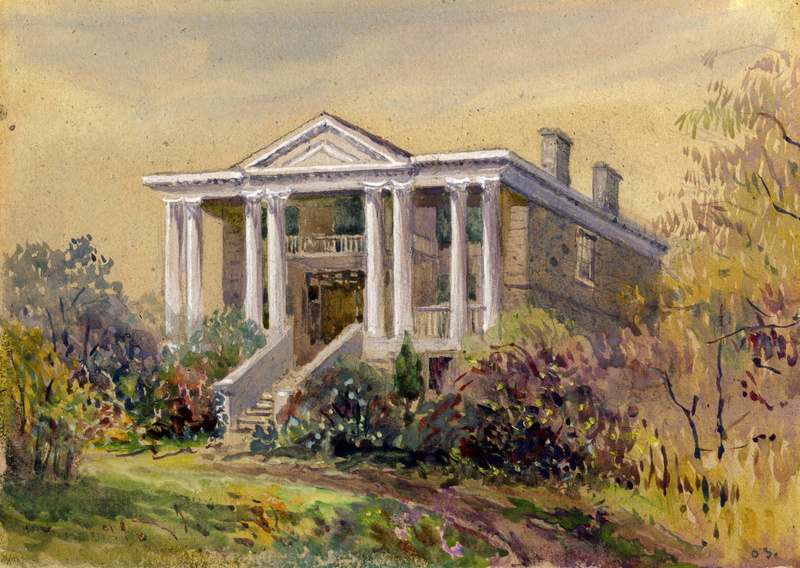 Willowbank, 1913.  The house was built by Alexander Hamilton, a prominent citizen who held many important offices including Sheriff of Niagara, Surrogate Court Judge, and Postmaster.  Courtesy of Toronto Public Library

Willowbank was the family home of Alexander Hamilton (1790-1839).  He spent most of his life in Queenston, Ontario.  Alexander was a businessman, militia officer, Justice of the Peace, Sheriff, Judge, and Postmaster.   He had a lasting impact on the community and was important in the history of Upper Canada.  Alexander's father Robert Hamilton was a successful businessman and his mother Catherine was a member of the prominent Askin family.   His wife, Hannah Owen Jarvis, was the daughter of the first provincial secretary and registrar of Upper Canada William Jarvis.

Alexander's numerous roles saw him closely involved with many significant events in the history of Upper Canada.  He was involved with the fur trade, served during the War of 1812, kept peace and order during the Rebellion of 1837, and played an important role in the early development of a cross-border postal system.   Despite all of his accomplishments and apparent success, Hamilton struggled with his finances for much of his life.  When his father died in 1809, his major business enterprise of retailing, forwarding, and portaging around Niagara Falls was left to Alexander and his brother George.    Although the business had been very successful, the brothers' inexperience, a changing economy, and a delay in settling the assets of Robert’s estate caused the business to decline.

Alexander’s business activities were interrupted by the War of 1812. After the war, he resumed running his businesses but was faced with financial hardship.  Several of his business ventures failed leaving him with significant debts.  He was forced to use the remainder of his money from his father’s estate, as well as his land, to pay these debts. 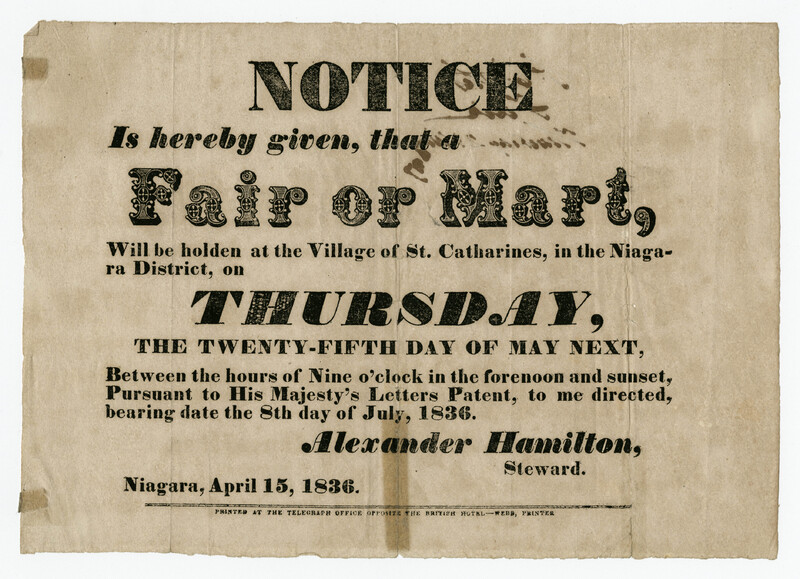 An advertisement for a Fair or Mart in St. Catharines.  The broadside lists Alexander Hamilton as the Steward, 1836.

Hamilton actively sought public offices becoming a Justice of the Peace in 1817.  He acquired several other posts between 1821 and 1839 including Postmaster and Deputy Collector of Customs at Queenston, Surrogate Court Judge, and Sheriff of the Niagara District.  These public offices allowed Hamilton to restore his finances.  Around 1833, he began construction of a mansion at Queenston known as Willowbank.   The house was designed by John Latshaw and serves as an example of Classical Revivalism architecture.

Alexander's untimely death in 1839 brought financial hardship upon his family.  His wife Hannah was left to care for their many children and provide for them as best she could.  Alexander was buried in a small Hamilton family burial ground near Willowbank.

The house remained in the Hamilton family until 1934.   At that time, the Bright family (founders of Bright's Wines), purchased Willowbank.  They undertook significant renovations, most notably changing the main entrance of the house from the east to the west.  They created a circular drive for their cars, a garage, and added curved staircases.  These renovations reoriented the house towards the newly built Niagara Parkway.

After the Brights, Willowbank had several other owners.  Eventually, a developer purchased the property and a demolition request was submitted.  In 2003, an organization known as the Friends of Willowbank saved the house from demolition.  A School of Restoration Arts was established at Willowbank in  2006, providing students with a mix of theory and hands-on learning. 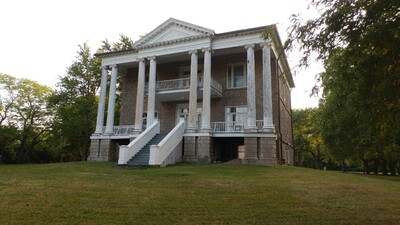 A view of Willowbank showing the house overlooking the village of Queenston, 2020. 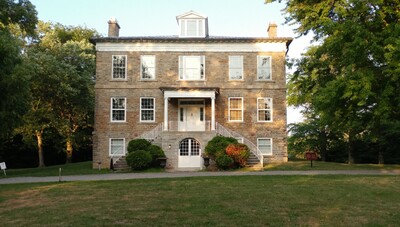 A view of Willowbank showing the side of the house facing the Niagara Parkway, 2020.