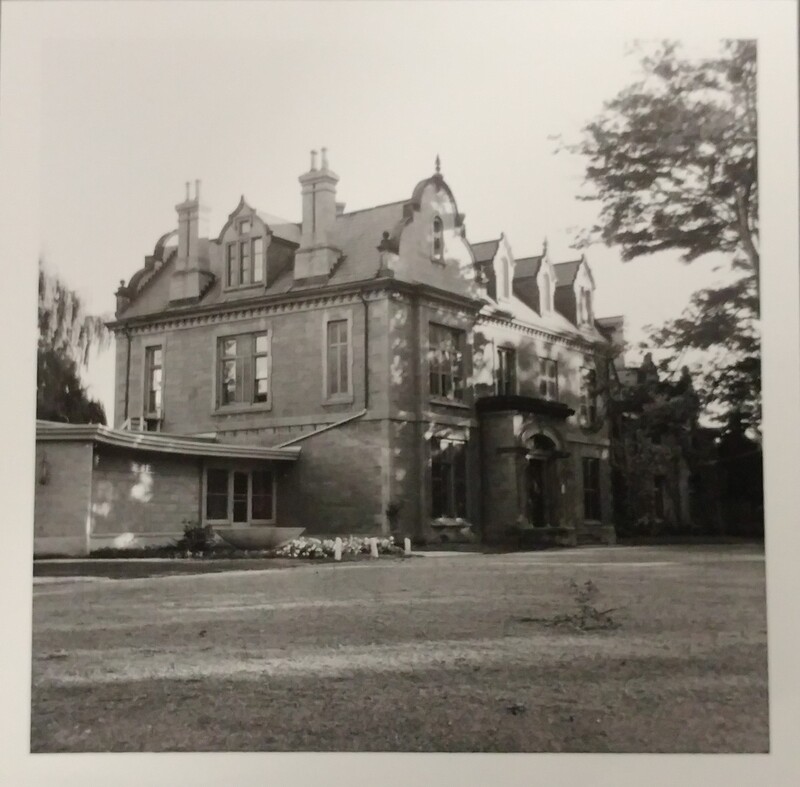 Rodman Hall, ca. 1962.  It was built by Thomas Rodman Merritt and remained in the Merritt family for over a century.  It was later used as an art gallery. 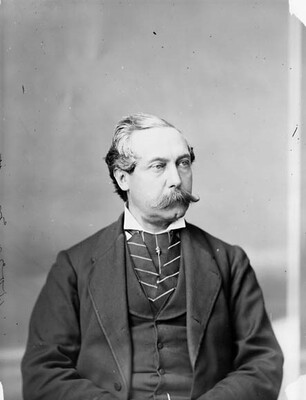 Thomas Rodman Merritt was a wealthy St. Catharines merchant and politician.  He built a grand home in St. Catharines on an extensive plot of land.  Construction began around 1857 and was completed in 1863.  The house became known as Rodman Hall and is located close to the junction of Twelve Mile Creek and the Second Welland Canal.  Thomas was the youngest son of William Hamilton Merritt and Catharine Rodman Prendergast.

Initially, the property was designed as a large garden that resembled a park.  Merritt hired Samuel Richardson, an English gardener, to design the landscape.  An extensive garden was planted featuring exotic trees, well maintained lawns, and a hillside garden on the land leading to Twelve Mile Creek.   There was also a greenhouse, kitchen garden, and orchard.  By 1852, the landscaped grounds were completed.  Remnants of the garden remain today, thriving in the sheltered climate of the Twelve Mile Creek valley.

In the first phase of the home's construction from 1857 to 1860, the original or west wing was built.  When Merritt's older brother died in 1860, building materials intended for construction of a house in Montebello Park were sent to Rodman Hall to be used.  That same year construction on the east wing began, which was completed in 1863.  Other minor renovations were made over the years, including the addition of dormer windows and installation of stained glass windows on the central staircase. 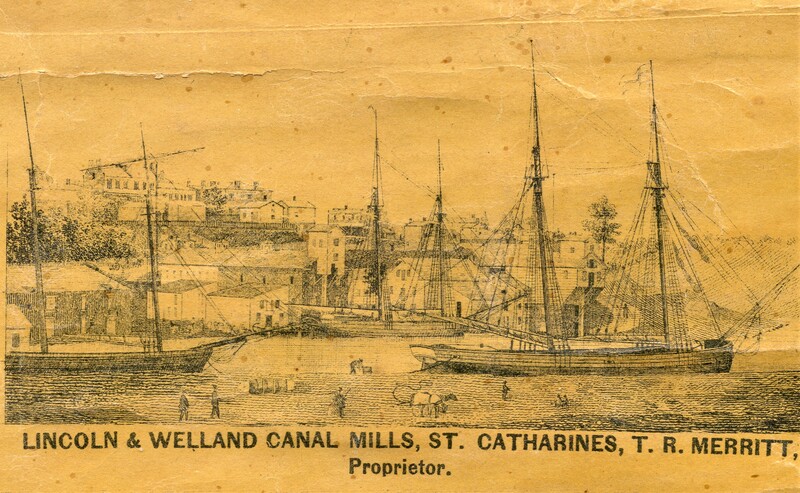 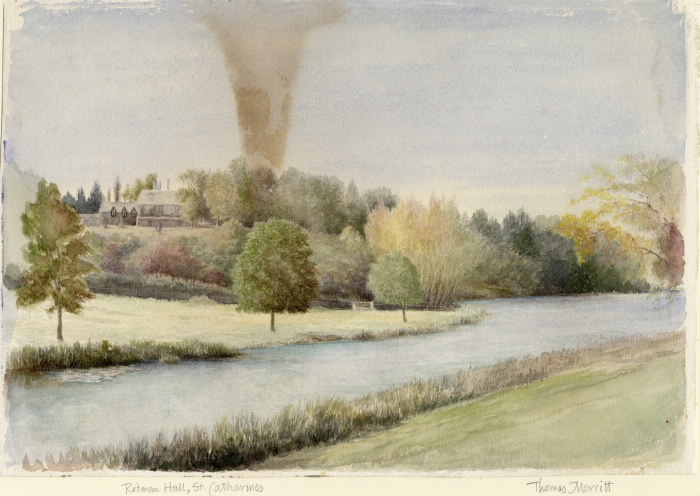 Thomas lived in St. Catharines for most of his life.  In 1843, he formed a partnership with James Rea Benson.  They opened a successful general store and soon expanded into flour-milling.  This expansion included the acquisition of Lincoln Frame from Samuel Farnsworth and the Welland Stone Mills from Thomas' father.  The construction of the second Welland Canal provided a boost to the milling industry that helped bolster their success.  When Benson and Merritt dissolved their partnership in 1849, Merritt retained ownership of the mills while Benson kept the store.   Merritt also established a shipping line to carry goods to and from Brantford.   Eventually, he sold his milling and shipping business to Norris and Neelon.

In addition to his milling and shipping interests, Merritt was involved in other local business pursuits.   In 1860, he was appointed chairman and managing director of the Canadian Board of the Welland Railway.  He served as vice-president of the Niagara District Bank until it merged with the Imperial Bank of Canada in 1875.  He continued to serve as vice-president in the new bank and became president in 1902.  Merritt was also a director and president of the Niagara Falls Suspension Bridge Company.

When the Lincoln seat in the House of Commons became vacant in 1868, Merritt successfully won the seat and was re-elected in 1872.  He was also involved in the founding of Ridley College serving as president from 1889 to 1899.  He continued on the school's board until his death in 1906.

The house remained in the Merritt family for over a century.  At one point, it was used as a private school.  It was later divided into apartment units.  The St. Catharines and District Art Council purchased the property in 1960 and used it as an art gallery.  Additional exhibit space was added in 1960 and 1975.  These additions were carefully designed so that the original look of the building was maintained.   For the most part, the interior and exterior of the house maintain their original features and appearance.

Brock University acquired Rodman Hall in 2003 and continued to use it as an art gallery.  In 2020, the university reached an agreement with community partners that will see the art collection return to community ownership and the property redeveloped by a local group known for heritage building restoration and redevelopment.