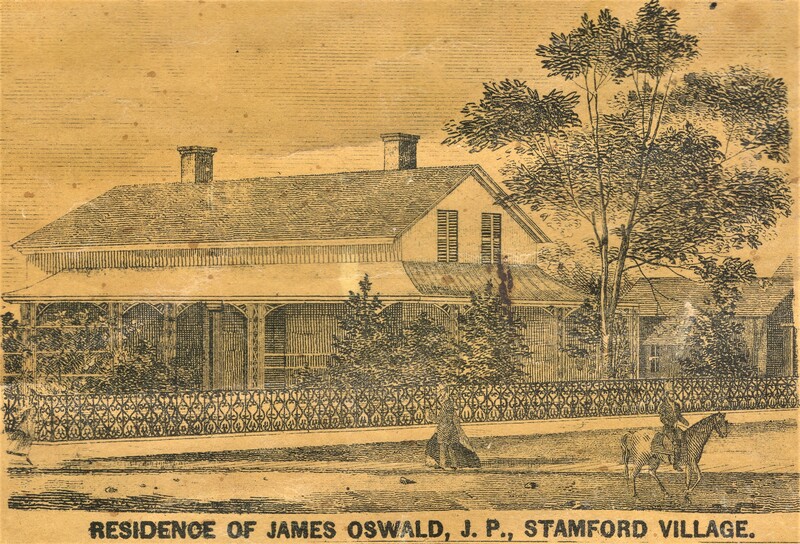 A drawing of James Oswald's home in Stamford, 1862.  Oswald was an upstanding citizen who was accused of murdering a wealthy friend.

James Oswald was a prominent and respected member of Stamford.  He owned and operated the Stamford Spring Brewery with his brother Thomas, was a director of the Zimmerman Bank in Clifton, and had several contracts in the mid 1840s for lock-building on the Second Welland Canal.  He was also a Justice of the Peace as well as the manager and owner of the Whirlpool Inn for about 30 years.  The inn was located just behind Oswald's home with the Stamford woods separating the two buildings.  Oswald built a Regency style home at the corner of St. Paul Ave. and Church's Lane which is one of the oldest homes in the area.  One of the most notable features of the property is the intricate cast-iron fence that surrounds the house as seen in the illustration above.  Oswald imported the fence from England and much of it remains intact today. 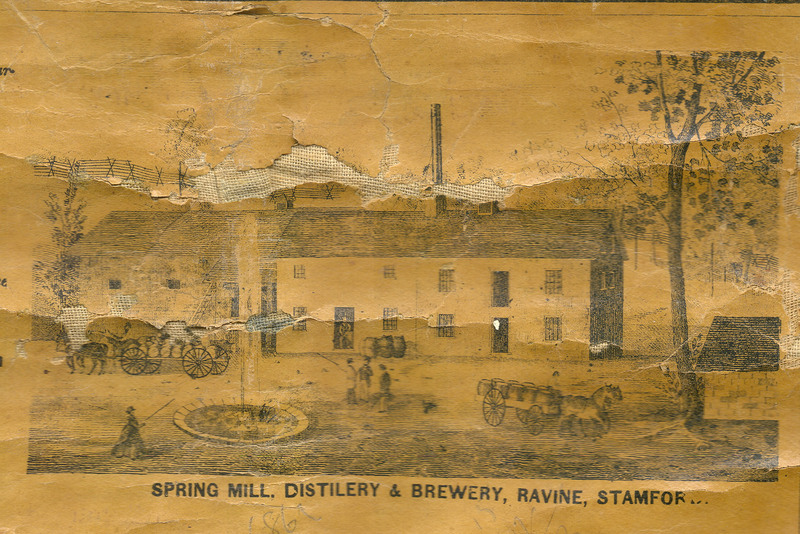 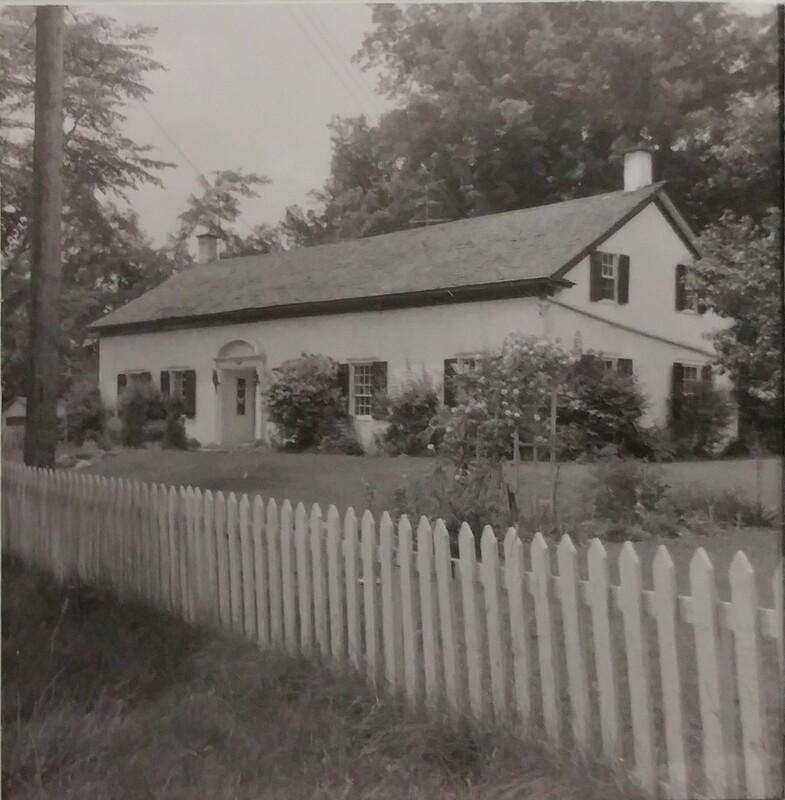 Whirlpool House, ca. 1962.  It was named because of its proximity to the road which leads to the Niagara whirlpool and is situated along the portage around the Falls.  It was a popular attraction for travellers, as well as the social and political center of the community of Stamford.

Being such a well-known and respected member of his community, it came as a shock when Oswald was accused of murdering one of his patrons of the Whirlpool Inn.  Joseph Martin, a friend of James Oswald, had just recently begun boarding at the inn when friends became concerned over Martin's sudden disappearance.  Because Martin was a man of considerable means, his friends immediately worried that harm had come to him over his money.

A search for the missing man ensued which led to the discovery of Martin's portmanteau not far from the inn as well as some strewn clothing and blood-stained letters and receipts.  Eventually, a body was found in the woods behind the inn that fit the description of Martin and although the body was badly decomposed. A number of people came forward to attest to the fact that it was indeed Martin.

Oswald, however, denied it was his friend's body.  He pointed out several inconsistencies between the body found and Martin's, but no one could corroborate these claims and the decomposed body was buried as Joseph Martin.  Meanwhile, the citizens of Stamford were becoming increasingly suspicious of James Oswald.

Martin had loaned Oswald a large sum of money which had not been repaid, and Martin had unsuccessfully tried to sell Oswald's I.O.U's at a discount.  It was assumed that this was because Martin feared he would not get his money back from Oswald.  Furthermore, the murder weapon, an oddly shaped hatchet, was found not far from the body and was identified as having belonged to James Oswald.  Drops of blood were found at the inn leaving a trail that led from Martin's room to the back door.  Oswald was put on trial and pleaded "not guilty".   He emphatically maintained his innocence.

The jury deliberated for only a half hour before returning a verdict of guilty.  Before he could be sentenced, Joseph Martin himself, alive and well, entered the courtroom frantically declaring the innocence of his friend.  He explained that he had decided to invest in some real estate in Milwaukee. Because he needed American currency, he had tried to sell Oswald's I.O.U's for American gold.  He thought it best to leave town quietly since he owed money in Stamford and knew that his creditors would not view his expedition favourably.  As he was leaving the inn, he cut his finger on the nail which held his portmanteau, causing him to drop it and leaving a trail of blood on the floor from the wound as he left.  Because of his injured finger, he was having difficulty carrying his portmanteau and decided to take only those belongings he thought essential, wrapping these in a kerchief and leaving the portmanteau in the woods.

He became aware of his friend's murder trial from a Milwaukee newspaper after which he quickly returned to Stamford to clear Oswald's name.  There is only one question which remains in this murder mystery:  Whose body was it that was found in the Stamford woods a century and a half ago?