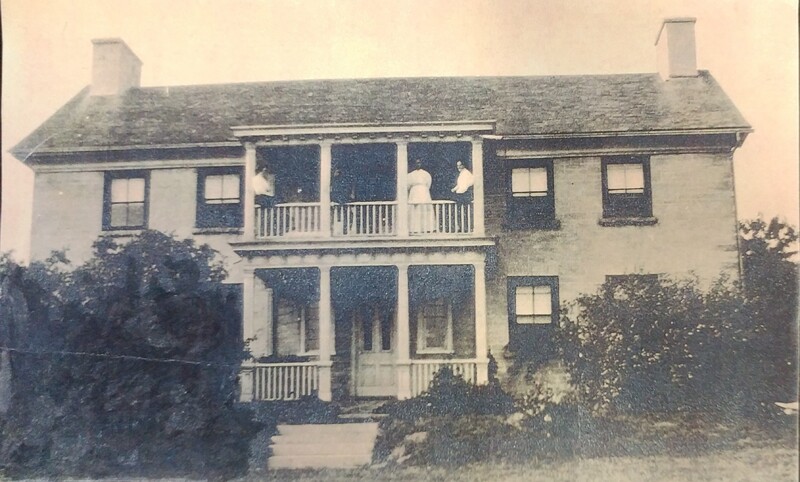 DeCew House, ca. 1910.  This house was the destination of Laura Secord's famous journey to warn the British of an impending American attack in 1813. 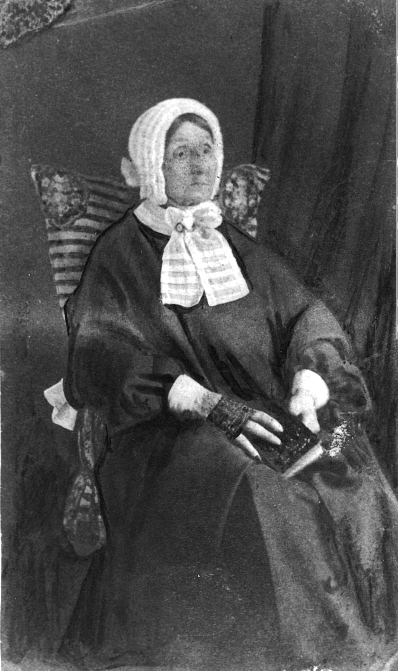 John DeCew was a Loyalist from New Jersey.   He settled in the Short Hills with his father and most of his siblings after the Revolutionary War.  In 1792, he purchased 200 acres of land in Thorold Township on the Niagara Escarpment.  Beaverdams Creek ran through the property which included a waterfall where the Creek flowed over the escarpment.  This waterfall later became known as DeCew Falls.

DeCew built a cabin, sawmill and oil mill on the property.  His business prospered and in 1808 he constructed a Georgian style house that was one of the largest and finest homes in Niagara at the time.  When war broke out with the United States in 1812, DeCew served as a Captain in the Second Lincoln Militia.  He was captured in May of 1813 and taken to Philadelphia as a prisoner.  In his absence, his home was used by the British as military headquarters.   Lieutenant James FitzGibbon and 50 volunteers from the 49th Regiment were based here using the mill to ground grain for the army and collecting stores.

The house was also the destination of Laura Secord's historic journey to warn the British of an impending attack by the Americans.  In May 1813, the Americans had captured Fort George and were looking to continue their advancement into Canada.  Laura Secord learned of the Americans' plan to leave Fort George and attack a British post at Beaver Dams.  She set out to FitzGibbon's headquarters at DeCew House to inform him of the plan.   Forewarned, the British were able to intervene and the American troops were harassed for several hours by British aboriginal allies.  FitzGibbon was able to negotiate a surrender of the Americans despite the British having fewer men and weapons.  The Battle of Beaver Dams was an impressive victory for the British.

John DeCew sold the property in 1833 to David Griffiths.  The house remained in the Griffiths family for over 100 years, but it was badly damaged by fire in 1938.  In 1943, the Griffiths sold the property to Ontario Hydro.  The government planned to expand the DeCew Falls Generating Station and intended to restore the house and create a museum.  Unfortunately, the house remained untouched and a fire in 1950 destroyed most of it.  The remains were quickly preserved and a plaque installed noting the historical significance of the house.