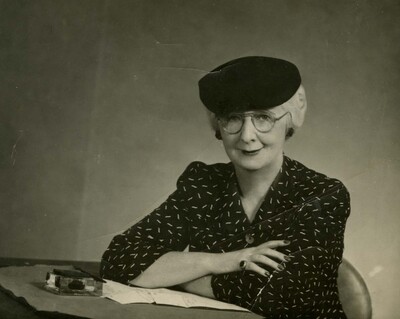 Estelle had changed career paths from teaching and was working as an employee of Sun Life Assurance Co., but also found herself drawn to politics.  She had served on the St. Catharines Board of Education from 1934 until 1937 and was able to influence change for teachers, the curriculum, and schools.  This motivated Estelle to run for city council allowing her the opportunity to make change on an even greater scale.  It was only a year later in 1938 when Estelle became the first woman elected to the St. Catharines City Council.  As an Alderman, she influenced change again in the school boards by establishing comprehensive health services (medical, dental, and nursing) in public and separate schools, the first program of its kind in Canada. 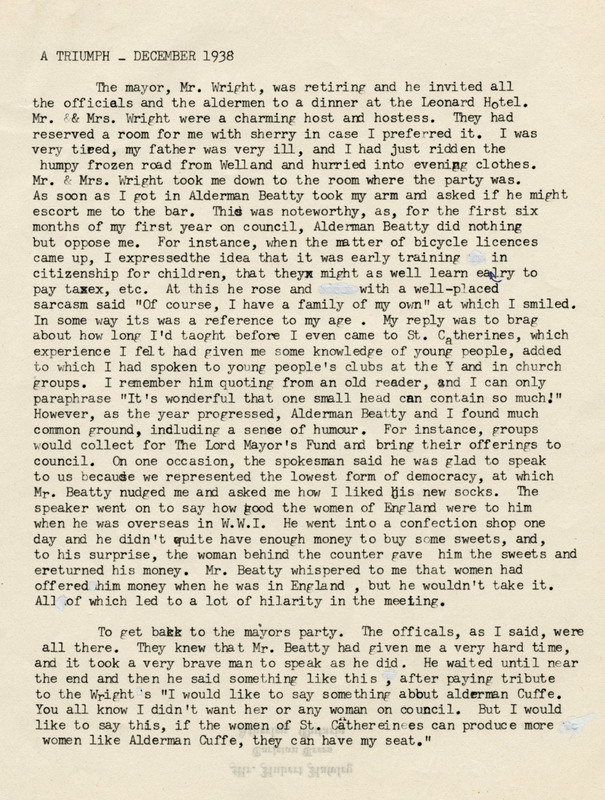 Estelle Cuffe Hawley was not readily embraced as a woman in politics during the 1930s, in fact, several male councilors were vocal about working alongside a woman.  In a typewritten recount of the retirement party of Mayor Wright entitled "A Triumph", Estelle discusses how Alderman Beatty praised her in a speech given at the event.  She mentions that the two were in opposition, but Alderman Beatty finally came around to Alderman Cuffe and paraphrases his remarks that evening, "I would like to say something about Alderman Cuffe. You all know I didn't want her or any woman on council. But I would like to say this, if the women of St. Catharines can produce more women like Alderman Cuffe, they can have my seat." 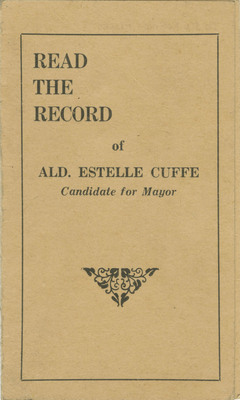 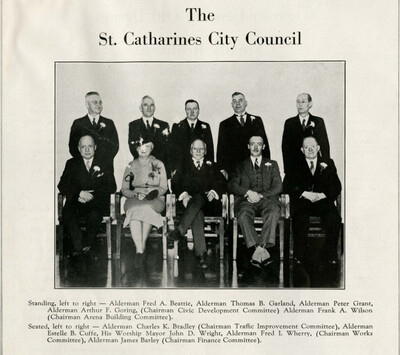 Over her five years as an Alderman, Estelle worked tirelessly to make changes to community programs.  Estelle was involved in improving the community's social welfare services and was instrumental in establishing minimum housing standards.  She was also involved in engaging the public in local government by arranging a series of lectures by city officials. 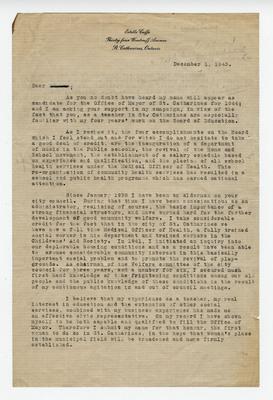 It was 1943 when Estelle decided to make a shift from city councillour and attempted to run for Mayor of St. Catharines the following year.  She circulated pamphlets, sent out campaign letters, and although her attempt to win the Mayoral race failed, she continued working with political partners while focusing on social programs. 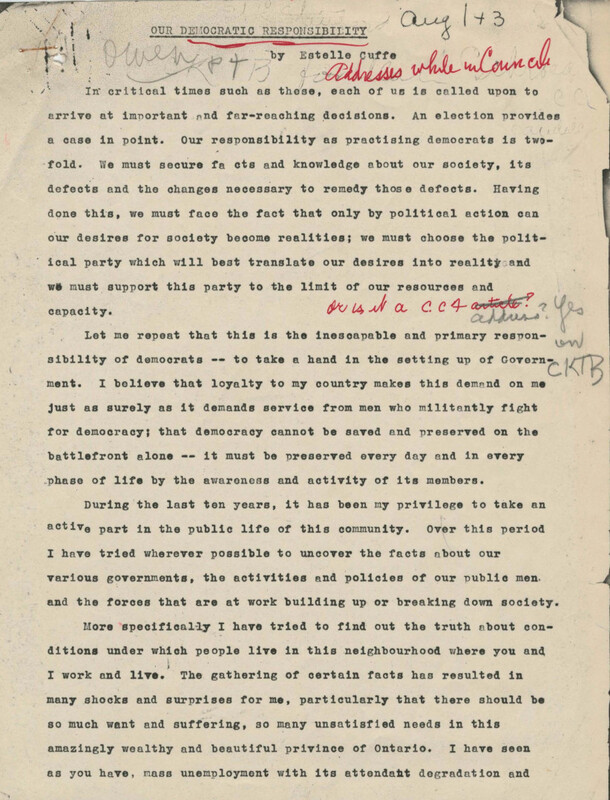 In a speech entitled "Democratic Responsibility", Estelle discusses how important political action is to societal improvements.  Her tireless efforts were always directed towards those in need, whether it be housing, education, food or health.  Her leanings were towards a socialist framework and in her speech she endorsed the CCF (Co-operative Commonwealth Federation) party for elected government.

After Estelle's time as a city councillor and her candicacy for Mayor of St. Catharines, she continued to partner with organizations to benefit her community and beyond.  Some of her partnerships included:  Freedom from Hunger Campaign, Mental Health Association, Women's Voluntary Society, and Voice of Women for Peace.

"In critical times such as these, each of us is called upon to arrive at important and far-reaching decisions...we must face the fact that only by political action can our desires for society become realities..."      Estelle Cuffe-Hawley, circa 1944