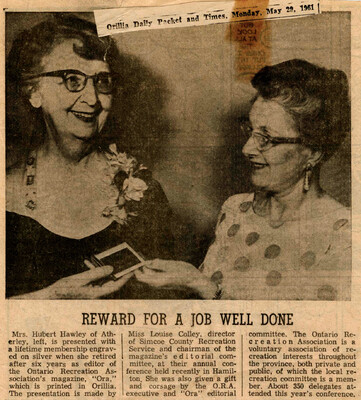 In a life that spanned over a century, Estelle was held in high esteem by many individuals and organizations.   She was actively sought out for her poignant public speaking abilities, sharing her throughts and concerns on several social issues.  Her work with organizations like the Ontario Recreation Association came with impressive honours.  In 1961, after six years as editor of the Ontario Recreation Association's magazine (ORA) she received a lifetime membership to the ORA engraved in silver. 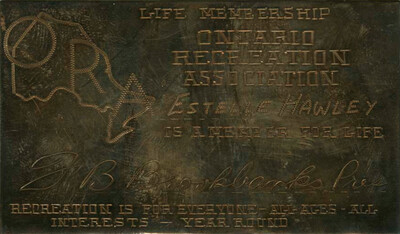 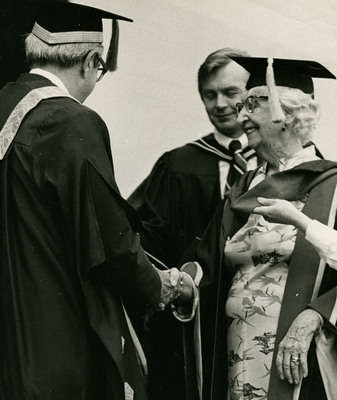 In 1976, already into her 80s, Estelle was conferred an honourary Doctor of Law degree from Brock University.  The university chose to honour Estelle because of her tireless efforts in an abundance of sectors that included education, business and government.  She received many letters and cards of congratulations after receiving her honourary Doctor of Law degree.  It was only a few years later that she moved to Mississauga, Ontario and decided to begin writing her memoir. 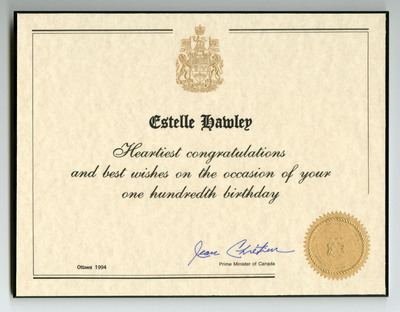 On the 27th of January 1994, Estelle Cuffe Hawley reached 100 years of age; a life of diverse careers, community work, and countless hobbies.  The following year, in 1995, Estelle passed away at the age of 101 in her birthplace of Orillia, Ontario.

"...here at Tarleton Trees new snow nestles in the foliage of cedars, has laid a soft coverlet over trilliums, tulips, forget-me-nots and all the other loveliness that will be a garden come April."    Estelle Cuffe Hawley, Poem 'The Voice of Women', n.d.