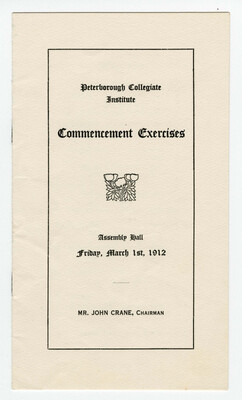 Estelle Cuffe Hawley began her teaching career not long after completing her education at Peterborough Collegiate Institute.  It was 1913, at the age of nineteen, when her role as educator commenced, working in several different cities and schools over the years.  For a time, this included working in Toronto, Ontario, which was close enough to her family in Peterborough that she did not feel too far from home.  This was immensely important as this was during World War I and Estelle's brother was serving and was later a casualty of war.  She recalls her experiences leaving Peterborough and moving to Toronto in some handwritten notes that she kept.  She states in some of her writings how Toronto was befitting and a great escape from her present teaching position, "At that time I was a young teacher, one of five in a five-room school.  The attraction that took me there was that I could live at home, a balm I had sorely needed since my only brother's name appeared on the casualty list." 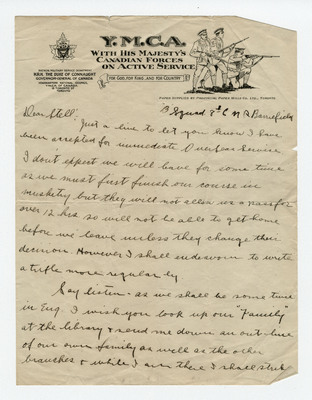 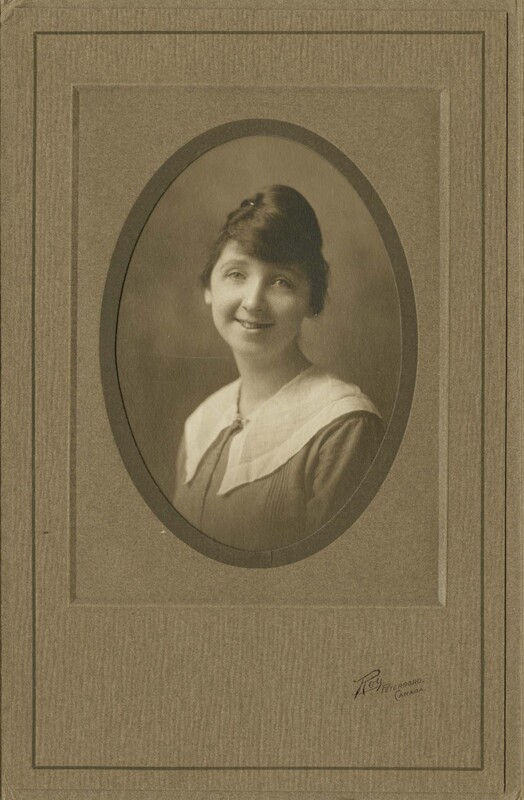 It was 1919 when Estelle moved to St. Catharines to work at Connaught School.  A year later she moved on to St. Paul's Ward School.  Estelle remained at St. Paul's Ward School for eight years, six of which she spent as Principal. She later embarked on an exchange opportunity in Edmonton, Alberta in 1928-29.  This would be her final year as an educator, but Estelle continued her efforts in the education stream.  In 1934, she was elected to the St. Catharines Board of Education where she advocated for the improvement of teachers’ salaries, the introduction of nursing services in schools, and the inclusion of music in the curriculum. She served as a member of the school board until 1937.  Her experience as an educator and administrator had prepared her to advocate for change and led her to her next role as a proponent for change in the political realm.

"...The voice must be strong with knowledge and forcible with numbers, and can be."  Estelle Cuffe Hawley, Poem 'The Voice of Women', n.d.