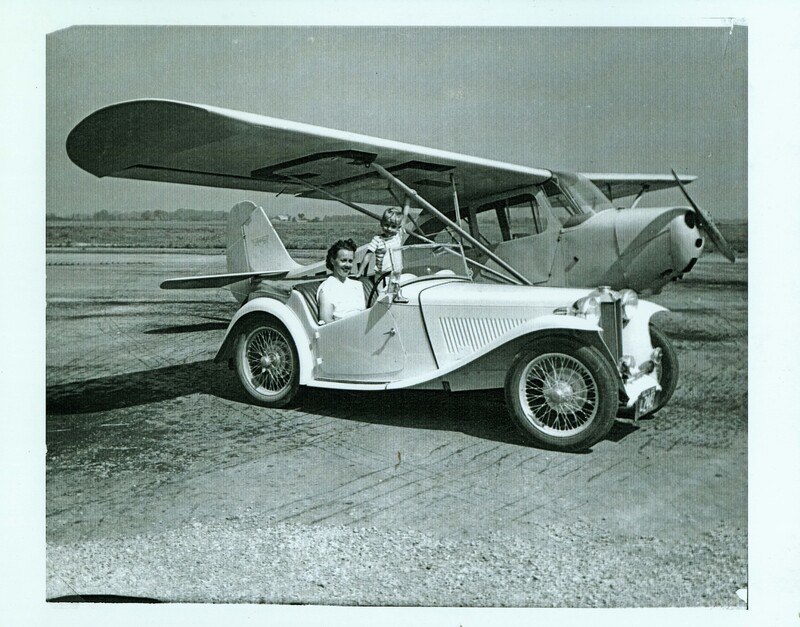 Dorothy and son Barry during a photoshoot for the family automotive business, 1948

Although Dorothy had a plethora of interests, one inparticular became the focus of much of her adult life and what she would later be remembered and honoured for by many.  It was 1948 during a photo shoot campaign for their family automotive business that Dorothy was first introduced to the idea of flying.  The photograph for the business advertisement included the Rungeling family sitting in a convertible under the wing of an airplaine.  Once the photoshoot was complete, Barry requested that they go for a ride in the plane.  It was first Charlie and Barry who went up in the sky, but Barry insisted that his Mother have the same experience.  It was moments into flight when Dorothy realized she wanted to learn more about planes. 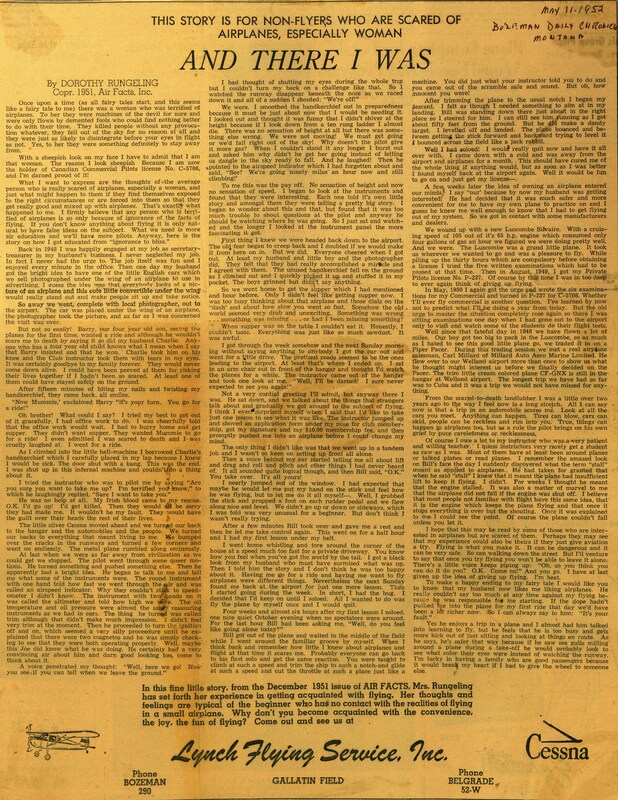 Dorothy recounts the experience in an article published in the Bozeman Chronicle in 1952 and a detailed account is also found in her book The Flying Housewife (2003) ,

"I wondered what all those knobs and dials were for.  So I asked.  The instructor very patientyly expalined them briefly.  It was all Greek to me, but I was quite impressed.  I suddenly felt a need to know more about them but I said no more during the ride.  We landed.  I got in our car headed home for supper now.  I was too busy thinking about that airplane and about how slowly we went so fast.  Somehow the world seemed drab and unexciting - something was missing - or had I been missing something?  When supper was at last on the table I found that I couldn't eat it.  I couldn't taste!  Everything was like sawdust.  It was awful!  This kept on for about ten days.  I couldn't get that airplane out of my mind.  Each day my curiousity seemed to grow."