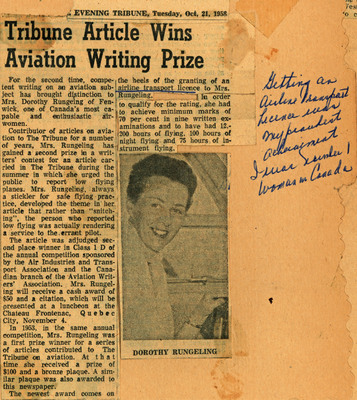 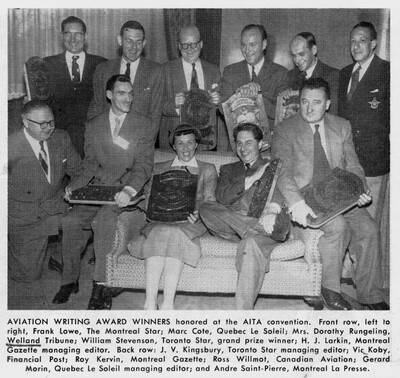 During the time of Dorothy's great success as a pilot, there soon became an interest from magazines and newspapers requesting that she write about her experiences .  She began by contributing to publications like Canadian Aviation, Air Facts (a U.S. Aviation magazine), The Toronto Star and the Bozeman Daily Chronicle, and The Welland Evening Tribune. 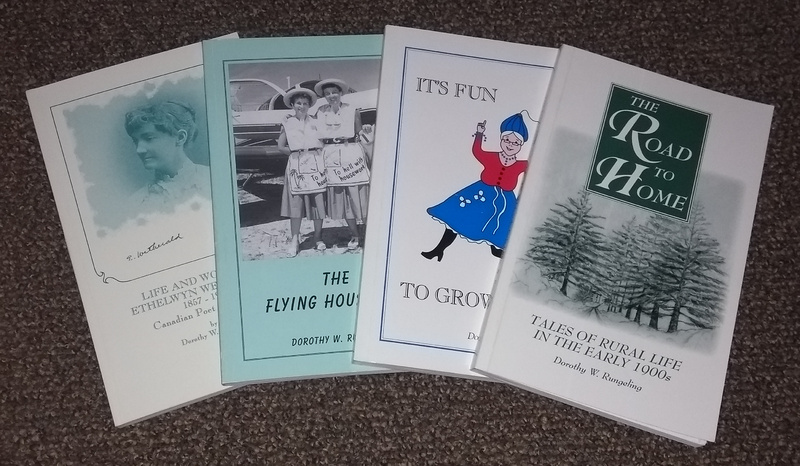