Flying in the 50s

Dorothy with her first plane, 1949

The 1950s proved to be an extremely busy decade for Dorothy Rungeling and her flying pursuits.  After her first flight experience, she worked at a rapid pace and joined the Welland Flying Club, obtained her pilots licence, and purchased her first plane, all by 1949.  Dorothy's first air-race was the All-Women's International Air Race in 1951, a 1200 mile flight from Orlando, Florida to Windsor, Ontario.  Being her first race, Dorothy did not place, but used the experience to gain useful insight for her next race. 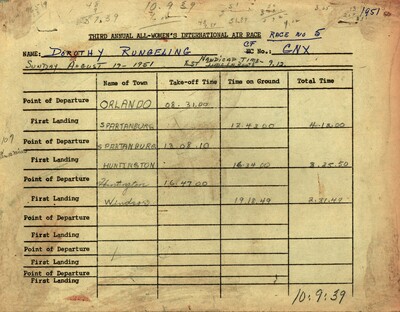 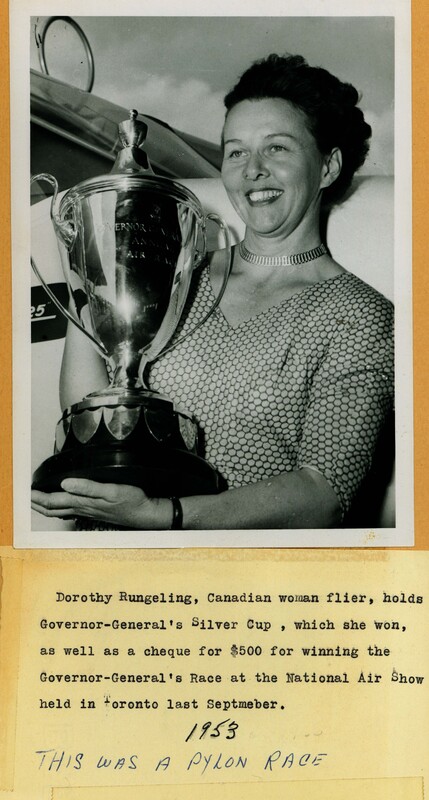 Dorothy continued to compete in races throughout the next decade.  She competed in the All Women's International Air Race several times, the Women’s Transcontinental Air Races, and the Canadian Governor-General’s Cup Air Race to name just a few. Some of the most notable races were the 1954 International Air Race, where Dorothy met with President Batista of Cuba, and the Governor-General’s Cup Air Race, where she won 1st place in 1953 in a pylon race and again in 1956 (only female competitor) when the race was changed to a cross country style.

It was during the 50s that Rungeling obtained a commerical pilot's Licence (1951), an instructor's licence (1953), a senior commercial licence (1954),  an airline transport licence (1958) and was the first woman to solo pilot a helicopter in 1958.   Even with all of these outstanding accomplishments, Dorothy never stopped working towards new and exciting goals. 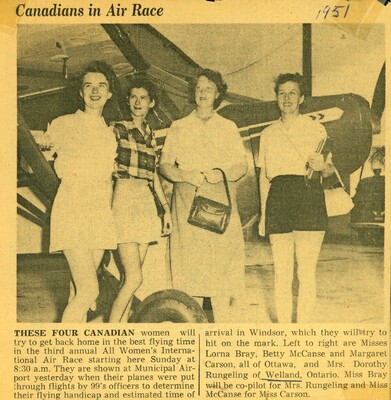 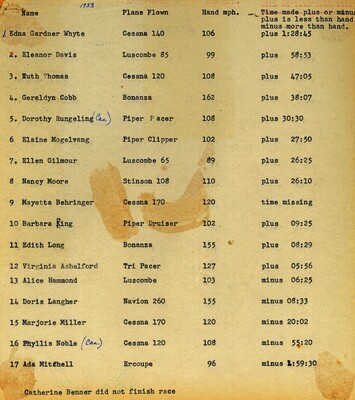