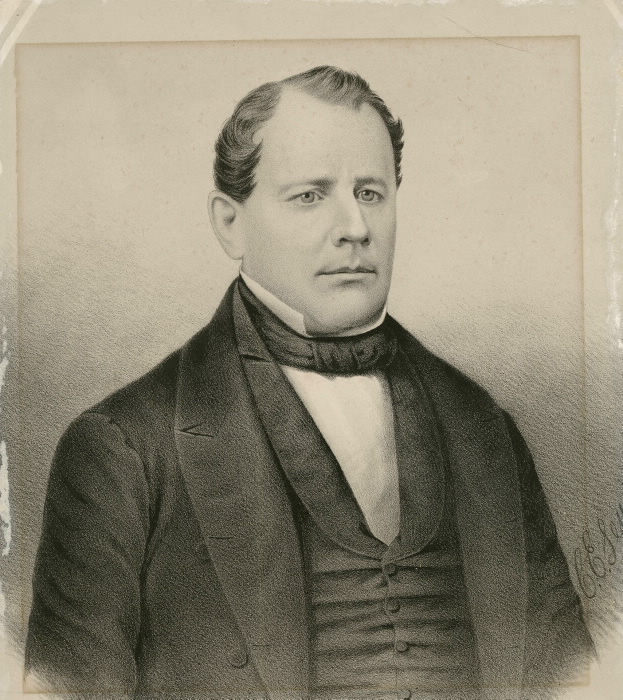 After Captain Creighton's death, Samuel Zimmerman bought much of the land in Clifton from Creighton's widow.  An ambitious businessman, Zimmerman became the driving force behind the growth and development of the Village of Clifton.

Zimmerman was an American who came to Upper Canada in 1842.  He received several contracts for construction on the Second Welland Canal that proved to be very lucrative.  The contacts he made in business and politics during the canal construction were helpful in his future endeavours. He became interested in railroad construction and extended the Great Western Railway to the Niagara frontier.   Zimmerman also had contracts for the Niagara Falls Suspension Bridge, which was completed in 1855 and connected the Great Western Railway with American railways. 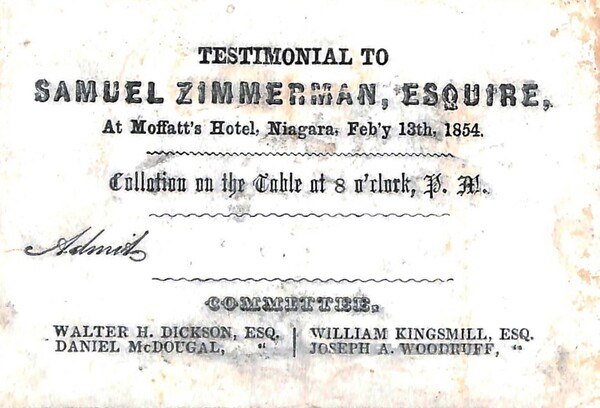 Notice of a testimonial to Samuel Zimmerman to be held at Moffatt's Hotel, Niagara Falls, on February 13, 1854.

He had numerous other business ventures as well.  In 1848, Zimmerman purchased the Clifton House, a grand hotel in Niagara Falls.  In 1854, he founded the Zimmerman Bank and served as the bank's President.  He also purchased several hundred acres of land on the Canadian side of the suspension bridge, located at the site of the present-day whirlpool bridge.  He proceeded to lay out streets and plots, as well as constructing commercial buildings.  This community was known as the Village of Elgin and became the Canadian terminus of the railway when the new suspension bridge opened in 1855.  Elgin merged with the Village of Clifton in 1856 and became known as the Town of Clifton. 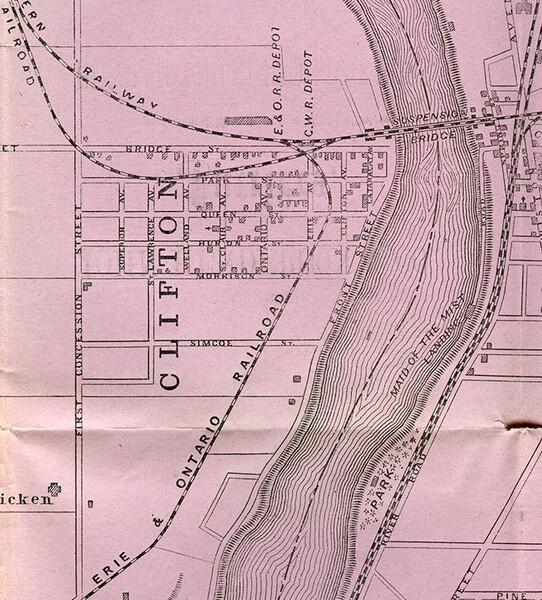 A map showing the Town of Clifton and surrounding railways, 1857.  Railway depots for the Great Western Railway and the Erie and Ontario Railway can be found on the Canadian side near the suspension bridge.  This area was formerly the Village of Elgin.

Zimmerman's untimely death in March 1857 brought his personal and professional projects to a halt.  He was killed in the Desjardins Canal railway accident when a broken axle on the engine caused the train to derail and plunge into the canal.  Many of his railway contracts were cancelled and the Zimmerman Bank's name was changed to the Bank of Clifton.  It folded in 1863.  His plan to build a mansion on 52 acres of land overlooking the Falls, where the grounds had already been elaborately landscaped, was also cancelled.   Although Zimmerman's early death left much of his work incomplete, his pivotal role in the development of Clifton is undeniable. 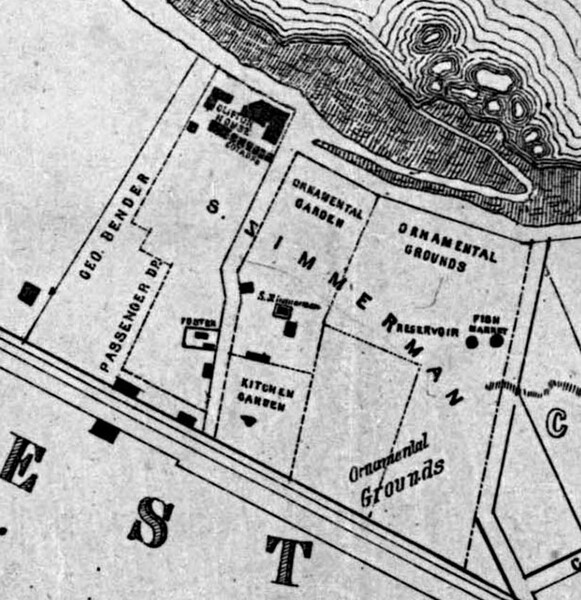 Map showing Samuel Zimmerman's property in Clifton, ca. 1854.  The Clifton House can be seen at the top left of the property next to the Niagara River. 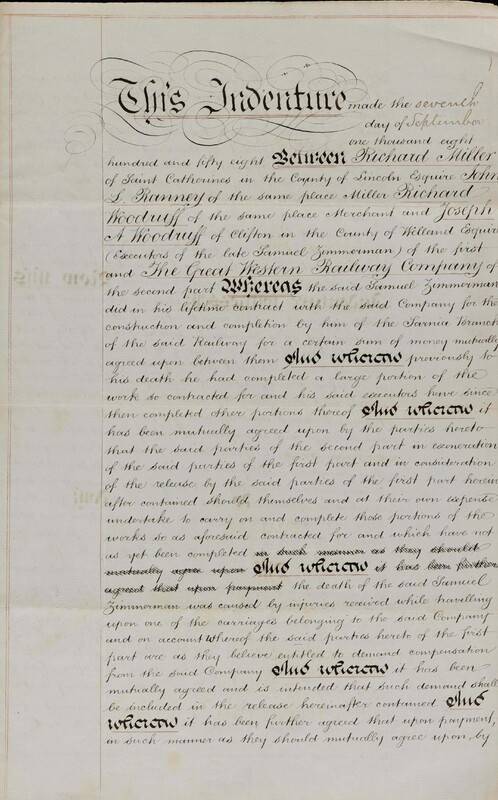 Indenture of Release between the executors of Samuel Zimmerman's estate and the Great Western Railway Company, 1858 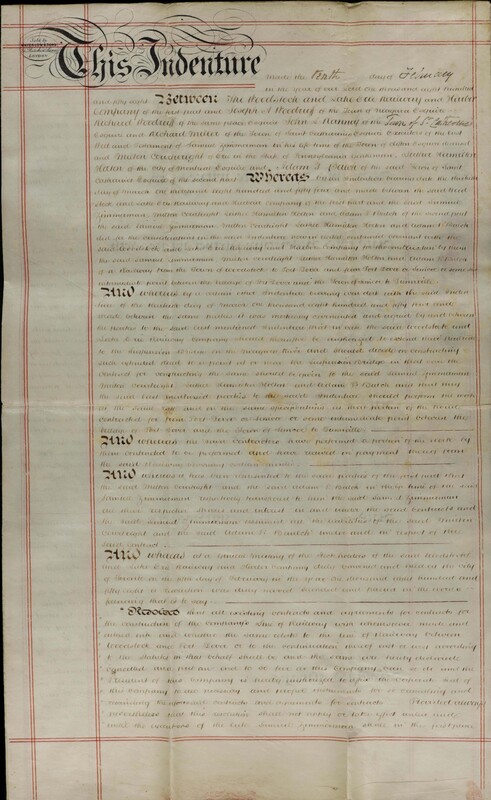 Indenture of Release of all existing  contracts between the executors of Samuel Zimmerman's estate and the Woodstock and Lake Erie Railway Co., 1858