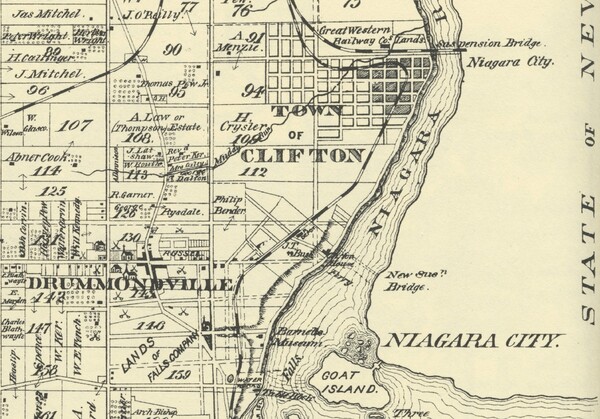 Clifton was one of the earliest communities established in Stamford Township.  Located near the banks of the Niagara River, in close proximity to the Falls, it was a natural location to settle.  It was close to the ferry service at the base of the Falls and a popular tourist destination.    Over the years, Clifton evolved into a railway hub, becoming the eastern terminus of the Great Western Railway and connecting to the American railway network via the suspension bridge.   Although many of the early landmarks have disappeared, the Clifton Hill tourist district continues to bear the name of the village that originated here in 1832. 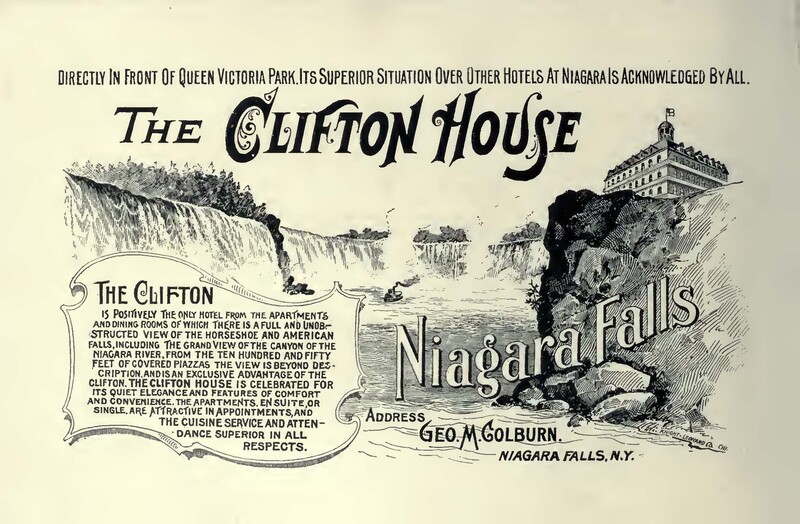 Clifton House advertisement, 1892.  The Clifton House was a world-famous hotel located at the bottom of present-day Clifton Hill.