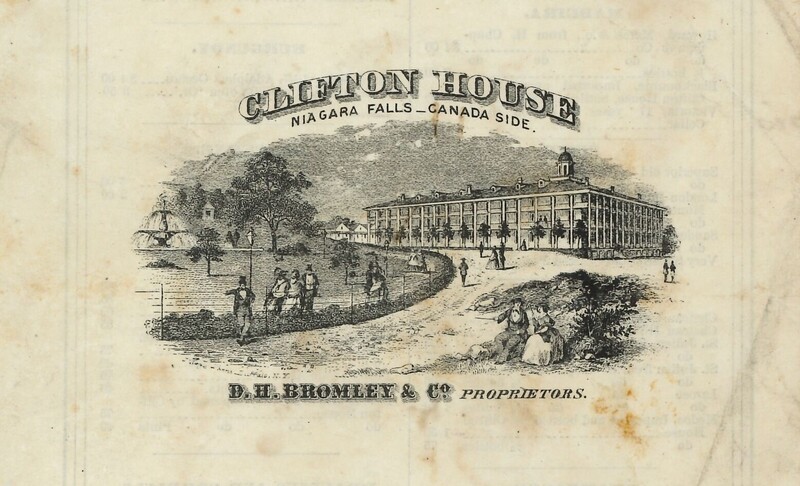 Perhaps the best-known landmark in Clifton was the Clifton House.  This grand hotel was located at the base of Clifton Hill where Oakes Garden Theatre is today.   It was built in 1833 by Monty Crysler.  Orr's Pictorial Guide to Niagara Falls (1842) notes that "...the Clifton House, a large, elegant, commodious, well-furnished hotel, stands on the brow of the bank, near the ferry, and commands a splendid view of the Falls, in which all their majesty and glory are revealed.  It is a noble structure, with triple colonnades of ample length and area, and an interior that leaves nothing to be regretted."  Ownership changed several times over the years.  In 1848, it was owned by Samuel Zimmerman.  After his death in 1857, it was acquired by John Bush, who leased it for several years.  In 1869, it was owned by Bromley Shears. 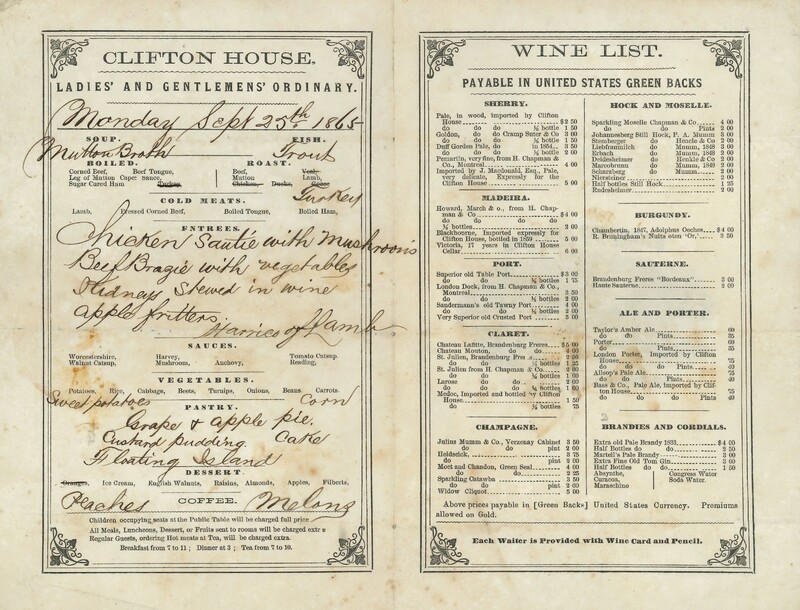 On June 26, 1898, a fire started in a chimney and quickly spread through the hotel.  Although no one was hurt, the hotel was destroyed.  Plans were immediately made to rebuild but a new hotel was not erected until 1906.  The new Clifton House was larger and had a ballroom, several stores, a branch of the Imperial Bank, and a Gray Coach Lines terminal.  The hotel was successful and catered to an elite clientele, but business suffered with the construction of the General Brock Hotel in 1928-29 and the Great Depression.  Regardless, plans were underway to renovate and enlarge Clifton House when fire once again engulfed the hotel.  A fire started in the north wing of the hotel on December 31, 1932, that completely destroyed the second Clifton House.  Although initially there were plans to rebuild, the site was instead transformed into Oakes Garden Theatre. 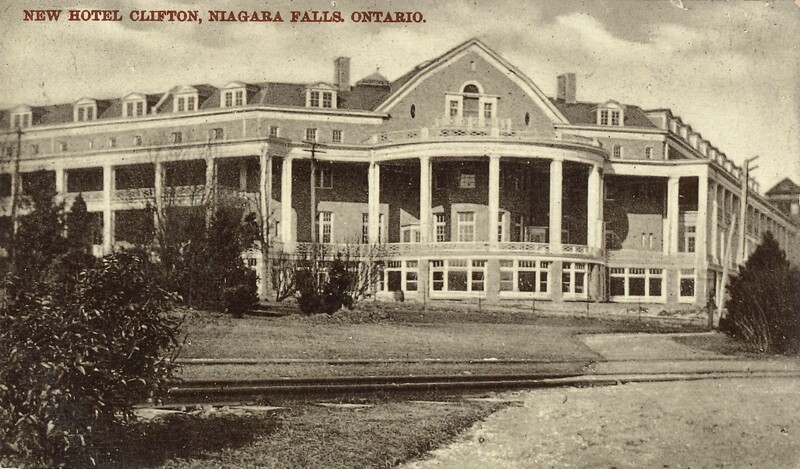