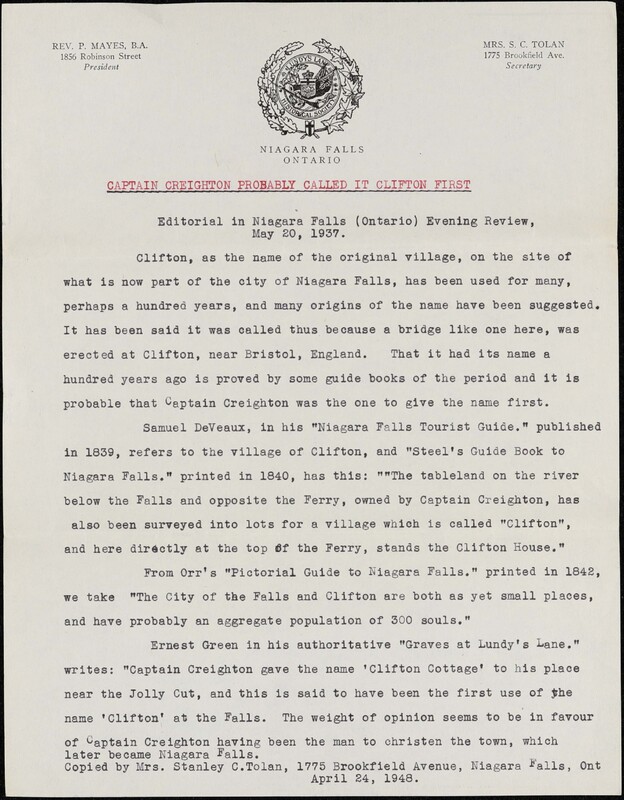 An editorial entitled Captain Creighton probably called it Clifton first.  It was published in the Niagara Falls (Ontario) Evening Review on May 20, 1937.

Captain Ogden Creighton was a retired half-pay army officer who settled on land near Niagara Falls.  He had purchased the land from the Bender family in 1832 and created a plan for a village.  He laid out lots and streets but did little to promote or expand the village.  Creighton is credited with naming the village Clifton, possibly because a bridge in Niagara was similar to one that was erected at Clifton, near Bristol, in England.

It is possible that the Rebellion of 1837-38 kept the Village of Clifton from attracting new residents.  During the rebellion, Captain Creighton's home was used as a headquarters by government militiamen who were tasked with guarding the ferry service at the base of the Falls.  Orr's Pictorial Guide to Niagara Falls (1842) notes that "the City of the Falls and Clifton are both as yet small places and have probably an aggregate population of three hundred souls".

The City of the Falls was adjacent to Captain Creighton's property.   It was a real estate venture first proposed in 1832 by a group of successful and influential men in Upper Canada.  Their goal was to establish a large, residential city at the Falls.  The project ultimately failed, although the streets in the area still bear the names of the project's shareholders. 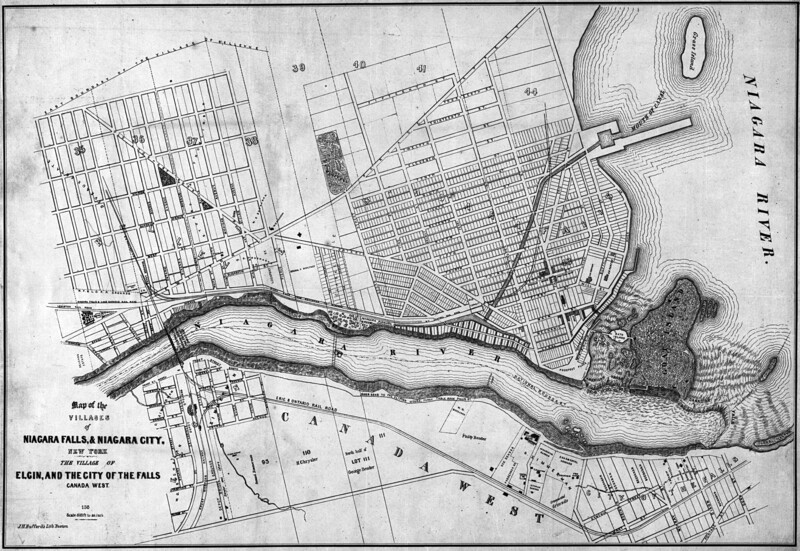 A map showing the City of the Falls and adjacent property once owned by Captain Creighton, ca. 1854.  Both developments can be seen at the bottom right.   Creighton's land is labelled with the name S. Zimmerman, who purchased the land after Creighton's death.