The Town of Clifton was incorporated on June 19, 1856, when the Village of Clifton and the Village of Elgin amalgamated.  The new town had two thousand inhabitants and Gilbert McMicking was elected as its first mayor.  The town developed rapidly.  Much construction took place including a market square, several churches, a school, and a town hall.  There were fourteen grocery stores and twenty saloons and hotels.  Most significantly, Clifton was the eastern terminus of the Great Western Railroad.  This was the main source of employment for its citizens.   Samuel Zimmerman's death in 1857 halted many of the town's plans and left the town with financial problems. 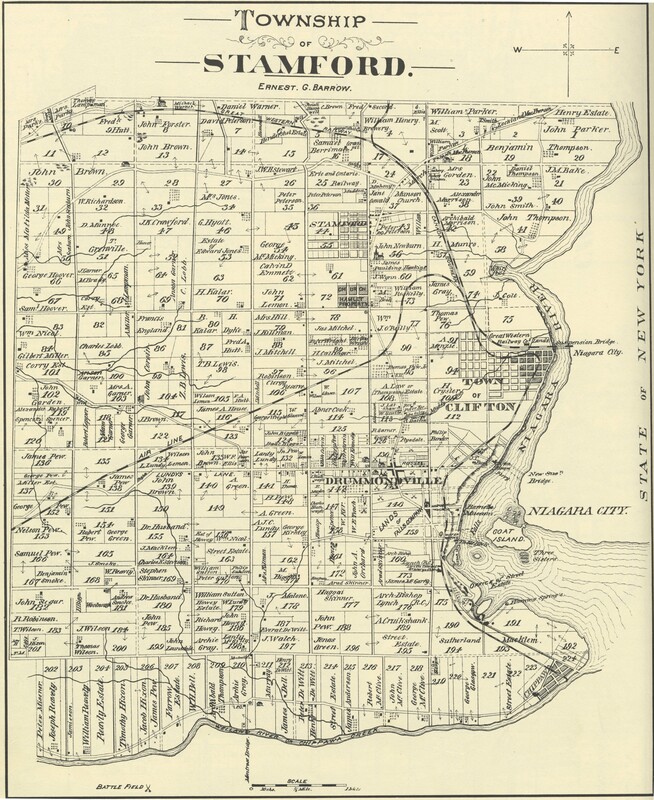 The Township of Stamford, 1876.  This map shows the Town of Clifton and Village of Drummondville.

From its humble beginnings, the Village of Clifton had evolved into a sizeable city.  Although the village no longer exists and many of its early landmarks are gone, the Clifton Hill tourist district in Niagara Falls still bears the village name and serves as a reminder of the area's early history.