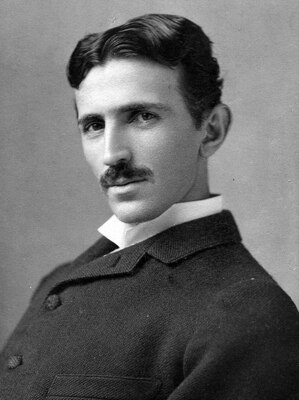 The planning and construction of the powerhouse proved to be a slow process.  The agreement between the Company and the Queen Victoria Park Commissioners in 1892 indicated that the Company would be producing power by 1897.  However, the Company did not meet this requirement by 1897, nor is it likely that they had planned to follow this timeline.  Instead, William Rankine was focusing his attention on the development of the Niagara Falls Power Company in New York.  The delay cost Canadian Niagara Power exclusive water rights on the Canadian side, as well as public and political support.

But the knowledge and experience Rankine gained from the Niagara Falls Power Company's development was important to the successful development of the Canadian Niagara Power Company.  Rankine would not be pressured into making hasty decisions.   Electrical technology was evolving rapidly at this time.  The Company required sufficient time for the technology to mature to a point where it would not be quickly outdated. 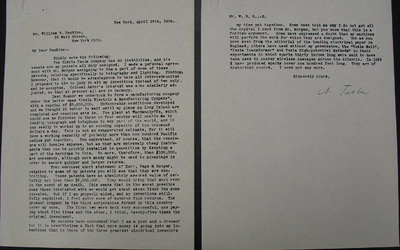 A letter to William Rankine from Nikola Tesla, April 1904.  Tesla discusses some of his inventions, including the Tesla Coil and Tesla Transformer.

There were many decisions to be made about the technology to use within the powerhouse.  Nikola Tesla's alternating current induction motor, licensed by Westinghouse Electric in 1888, was a feature incorporated into both the Niagara Falls Power Company and the Canadian Niagara Power Company powerhouses.   The use of alternating current made large-scale power development possible by allowing distant transmission of power.  Power generated at one site could be transmitted to another site for use.  Tesla's original two-phase system was used in the Niagara Falls Power Company buildings, but an innovative three-phase system was used in the Canadian Niagara Power building.    This system was more efficient for transmission and distribution of power and made sense for  Canadian Niagara Power since most of the electricity generated there was to be used in Niagara Falls (New York) and Buffalo.  Eventually Niagara Falls, Fort Erie, Ridgeway, and Crystal Beach were serviced. 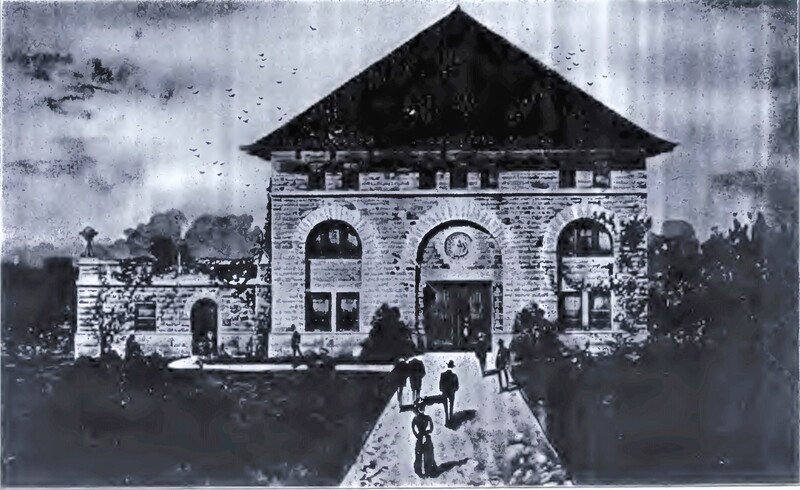 Drawing of the end view of the Canadian Niagara Power Company's powerhouse, taken from the Niagara Parks Commission annual report, 1903.  The building was still under construction when this was published.

Construction of the Canadian Niagara Power generating station began in 1901.  The complicated and ambitious project required the building of a canal, forebay, powerhouse, wheelpit, generators, turbines, underground tunnel, and sluiceway.   Water from the Niagara River needed to be diverted to the forebay, where it would drop down through the penstocks to the turbines in the wheelpit.   Each turbine has its own generator.   The turbines are located underground, while the generators are at ground level on the main floor of the powerhouse.  The generators and turbines are connected by a vertical shaft that is 130 feet long.   Once the water has passed through the penstocks and turbines, it rejoins the river.  This happens through a long underground tunnel (tailrace) that empties into the river below the Horseshoe Falls.   To prevent ice from the river entering the forebay,  a separate sluiceway was needed to divert ice back into the river.   The scope of the project was immense. 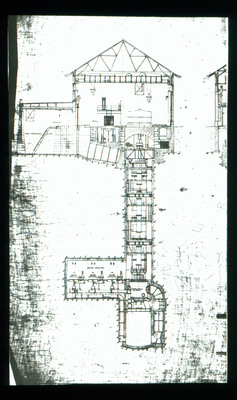 An engineering drawing of the Rankine Generating Station powerhouse, pit and tailrace tunnel, 1913. 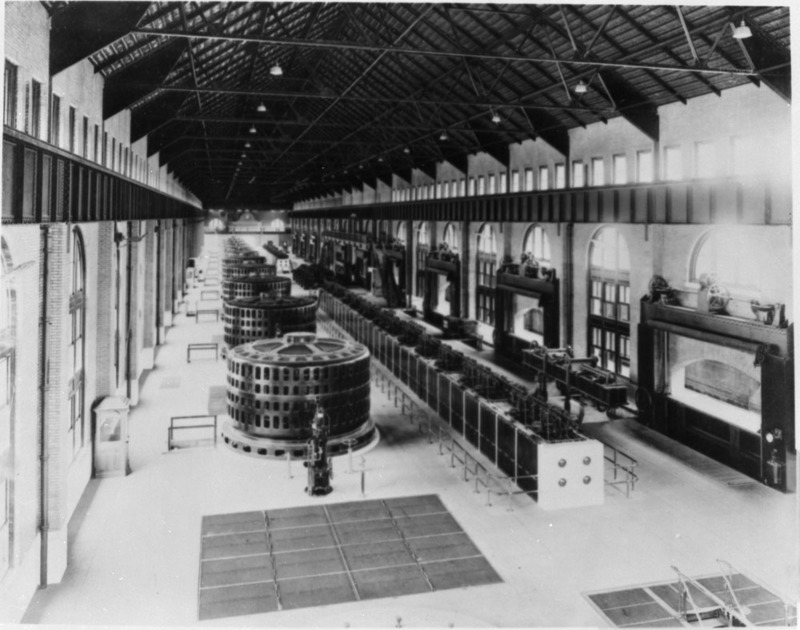 The generating station was opened by officials on January 2, 1905.  The project was still incomplete and work continued to finish it.  The station went on-line on July 27, 1905.   The powerhouse contained  five 10,250 hp turbines and 7,500 kW generators, the largest in the world at that time. Over the years, additional turbines and generators were added to the original five.  By 1924 there were 11 generators.  Sadly, William Rankine died on September 30, 1905.  The generating station was named after him in 1927. 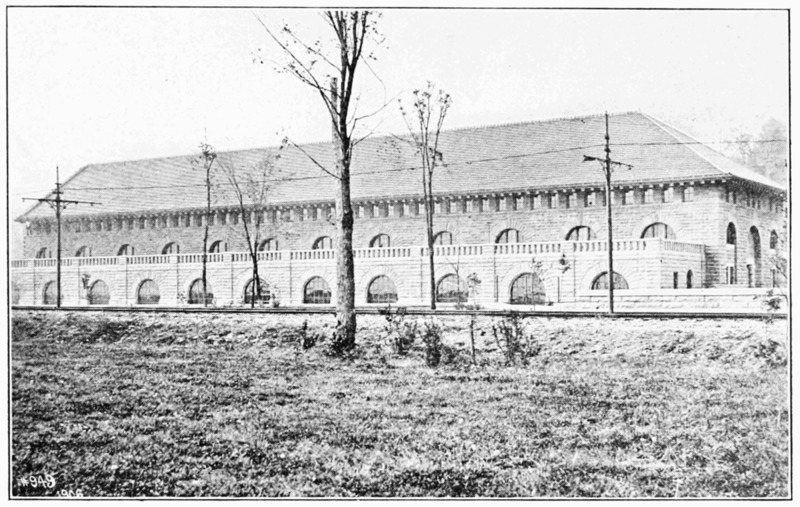