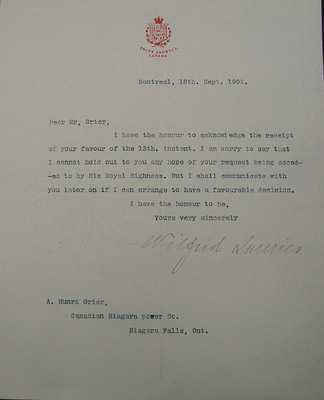 Letter from Wilfrid Laurier to A. Munro Grier of the Canadian Niagara Power Company, September 18, 1901.

The development of hydroelectric power at Niagara attracted the attention of the general public, politicians, and even royalty.   The interior of the powerhouse was designed to be a showcase for the new technology, with gleaming brass railings, marble and bronze detailing, and intricate mosaic tile floors.  The interior was meticulously cleaned and maintained.  In its early years, the powerhouse was an important tourist attraction.

The Company was keen to show its impressive powerhouse to dignitaries and royalty.  A letter from Prime Minister Wilfrid Laurier to A. Munro Grier of Canadian Niagara Power in 1901 refers to a request made by the Company regarding His Royal Highness.  This possibly refers to the Royal visit of the Duke of Cornwall that year.  The Royals were due to tour Canada in September and October, with a stop in Niagara on October 13. 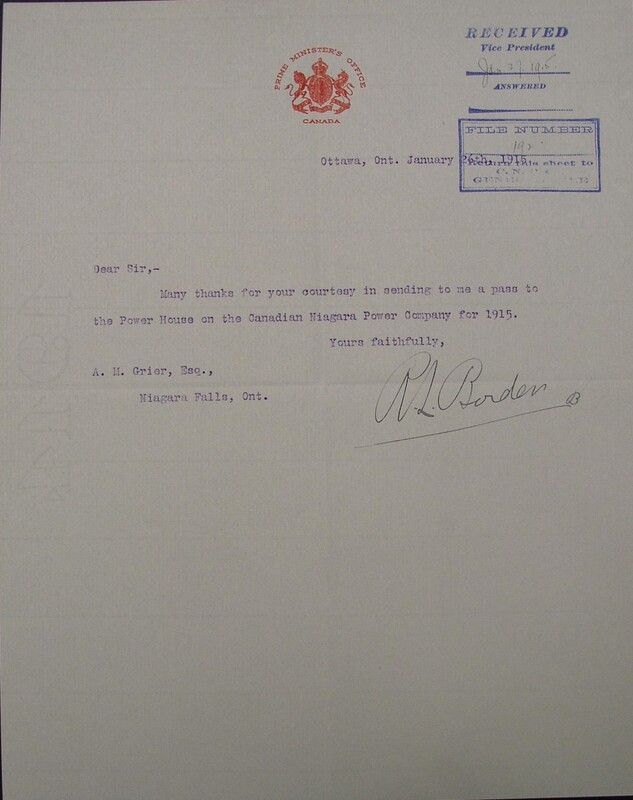 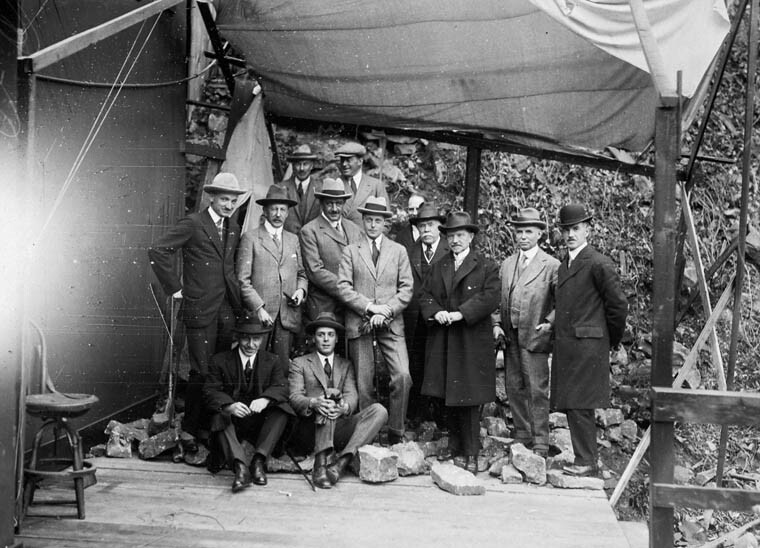 Prince of Wales and his party with officers of the power station, Niagara, Ontario, October 20, 1919.  Courtesy of Library and Archives Canada.

The Prince of Wales (Prince Edward, later Edward VIII) visited Niagara in 1919.  The Niagara Parks Commissioners hosted the Prince from October 18 to 20, and prepared an extensive programme for his entertainment.  A notable part of his visit was the illumination of the Horseshoe Falls on October 18.  During his visit, the Prince and his party met with officers of the power station in Niagara, Ontario, although which power station is unclear as there were several on the Canadian shore at this time.