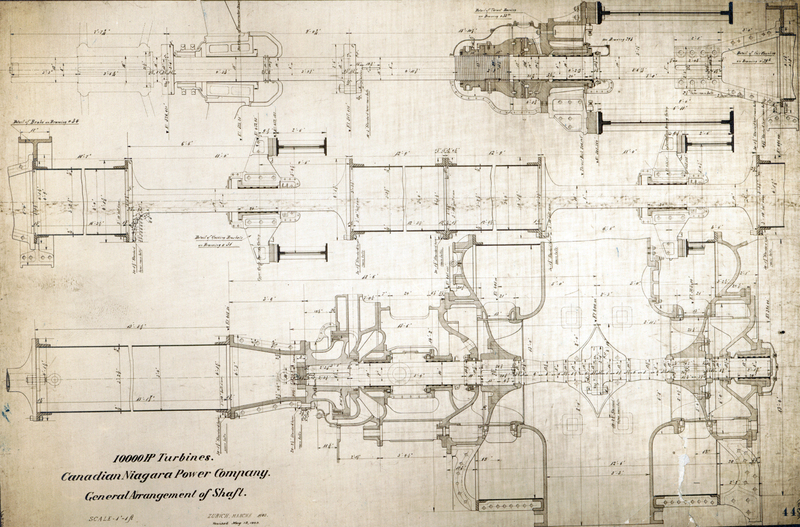 The Canadian Niagara Power Company's landmark generating station in Niagara Falls, Ontario, is an impressive feat of engineering, architecture and landscape design.  It was the first hydroelectric generating station to be built on the Canadian side of the Niagara River.  Upon opening in 1905, the powerhouse boasted the largest generators of their kind in the world, with a capacity of 10,000 electrical horsepower each.

But the building was not constructed with only functional considerations in mind.    Being located just 450 metres above the Horseshoe Falls, in the midst of Queen Victoria Park, it was imperative that the building complement its natural surroundings.  The considerable effort put into the design of the powerhouse, both inside and out, has made it a distinguished landmark.  Although the station stopped producing power in 2005, there are plans underway to preserve the building and transform it into an attraction that will celebrate its history. 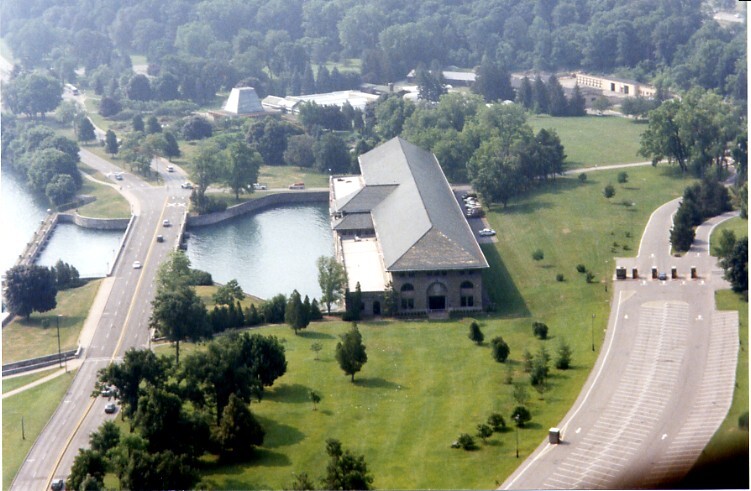 Canadian Niagara Power Company from above, 1995.  The powerhouse is set back from the shoreline of the Niagara River, in Queen Victoria Park.  A bridge in front of the forebay carries traffic from the Niagara River Parkway.  Courtesy of Niagara Falls (Ontario) Public Library.