Dr. Gibson  in his speech at Convocation on June 1, 1984 where he received the honorary doctor of laws, honoris causa, degree, Dr. Gibson reflected on what a President Emeritus does after no longer being at the helm of the ship.

I am not nowadays questioned on St. Paul Street, and the kind of interrogation I meet in Vineland – in the post office or the bank or the supermarket – is more likely to deal with gardening or the vagaries of the season, partly perhaps because the questioners recognize that I have no formal responsibilities on this campus.  But if I were to be asked, reasonably enough, “What do you do after 20 years in an established university? What do you do next?” I would have some ready answers.  I would say, as I do this morning, “you continue an unwearied pursuit of excellence; you concentrate on doing even better what you already do well; you work hard; you try to involve the expanded community in many activities for which the University – this University – is the mainspring, and you press on. 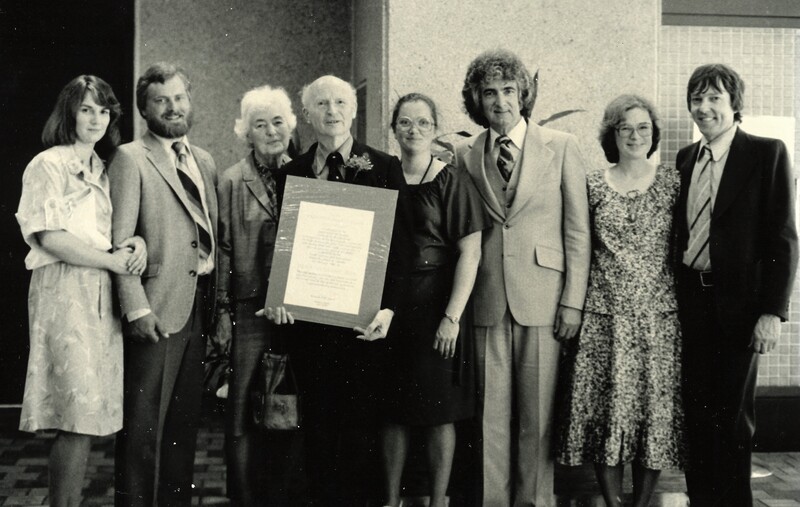 The Gibson family together celebrates with James A. Gibson, the awarding of the Jules & Gabrielle Leger Prize in Ottawa, June 1980.  The Leger prize was awarded to Gibson on the basis of his passionate and life-long research on the office of the Governor-Generals of Canada.