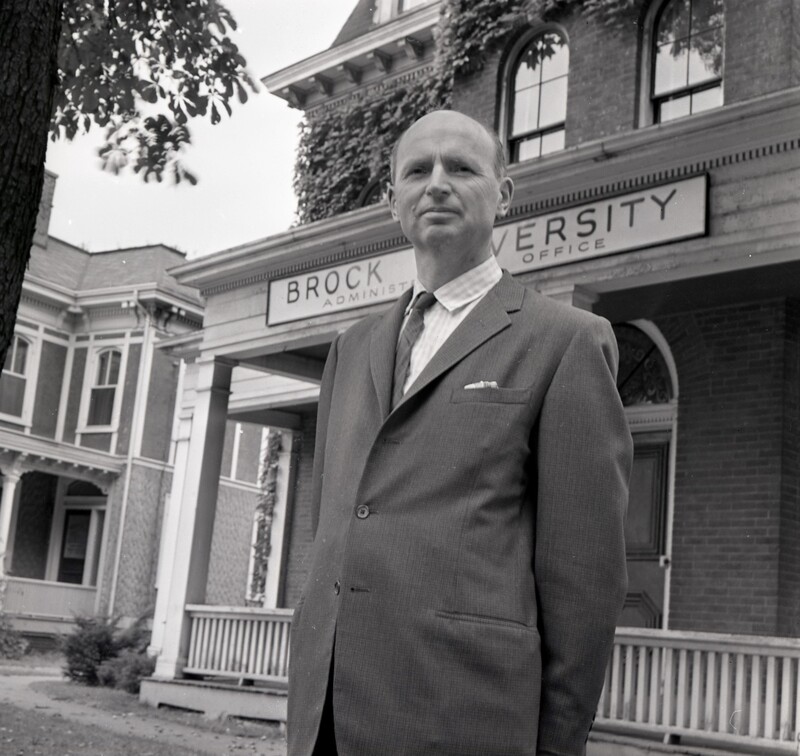 James Alexander Gibson, 1912-2003 was the founding president of Brock University.  Hired in 1963 by the board of governors chairman Arthur Schmon, Dr. Gibson gave life and breath to the vision of the Allanburg Women's Institute for a university for the Niagara Region.   His contributions as founding president were enormous and have lingering affects on a well established University in the Niagara Region more than fifty years later.