Notable events in the life of a President 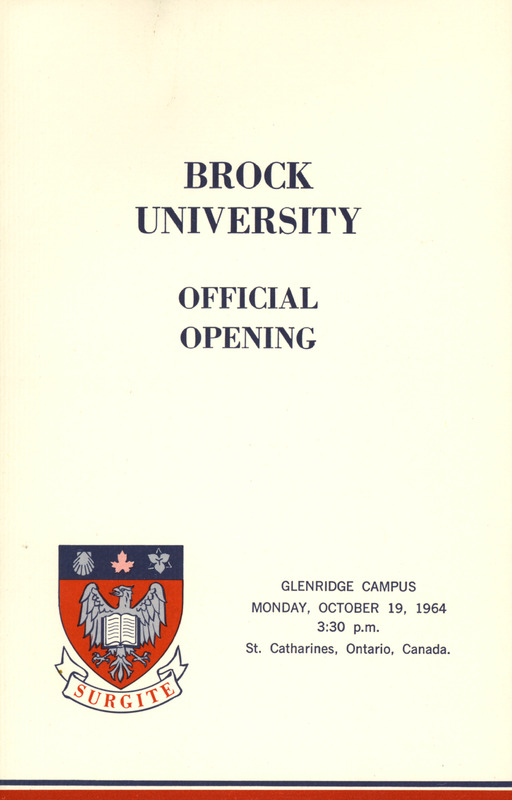 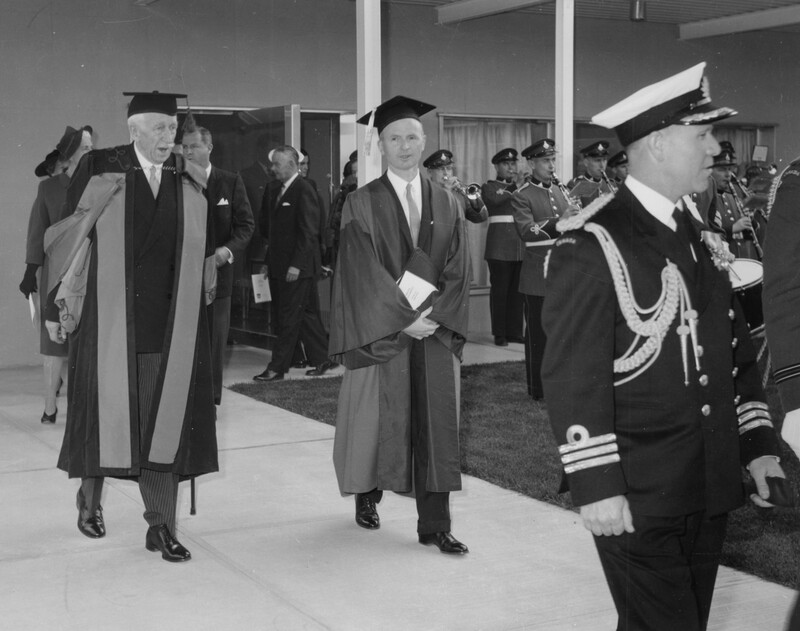 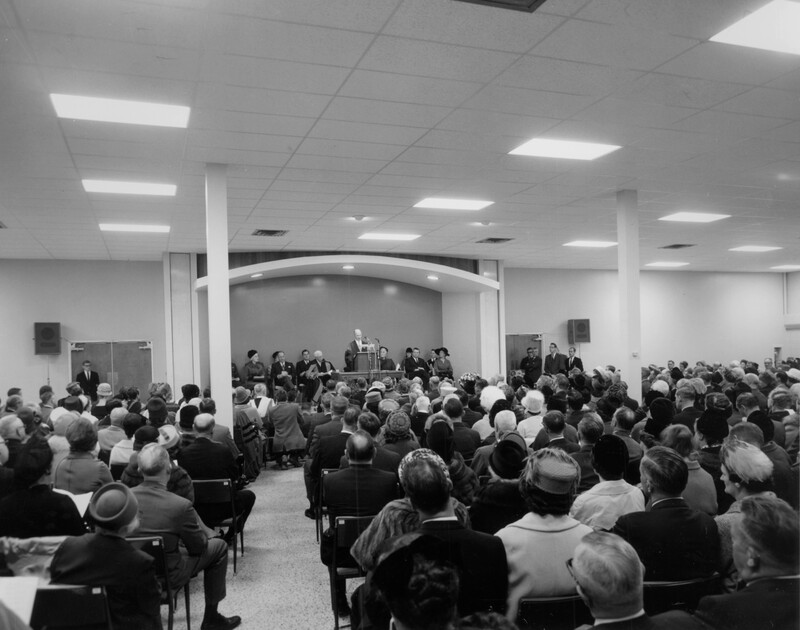 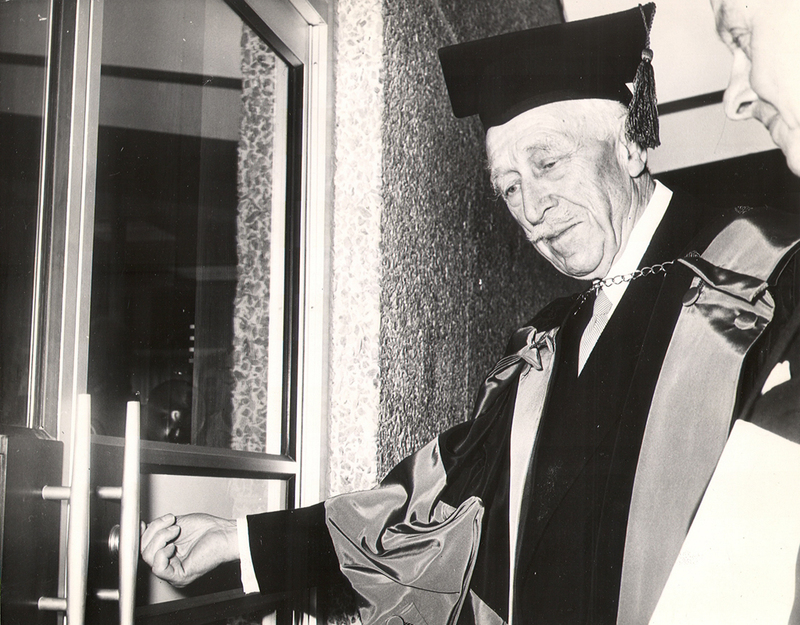 Excerpts from the remarks made by Dr. Gibson at the official opening on October 19, 1964.

Brock University in this first academic year is the outward expression also of the thinking and planning of many people:  Women’s Institutes, County Councils and Municipal Corporations, a Joint Committee on Higher Education, a Citizens Committee and the present Founders’ Committee.

Brock University starts out most obviously as a response to a need in this community.  But its bounds of thought and action are no local bounds.  What we do, and do well, we hope will expand throughout this region, and beyond this region to the province and the nation.  What we do, from our modest though auspicious beginnings, will help to determine the future intellectual stamp of succeeding generations of Canadians. 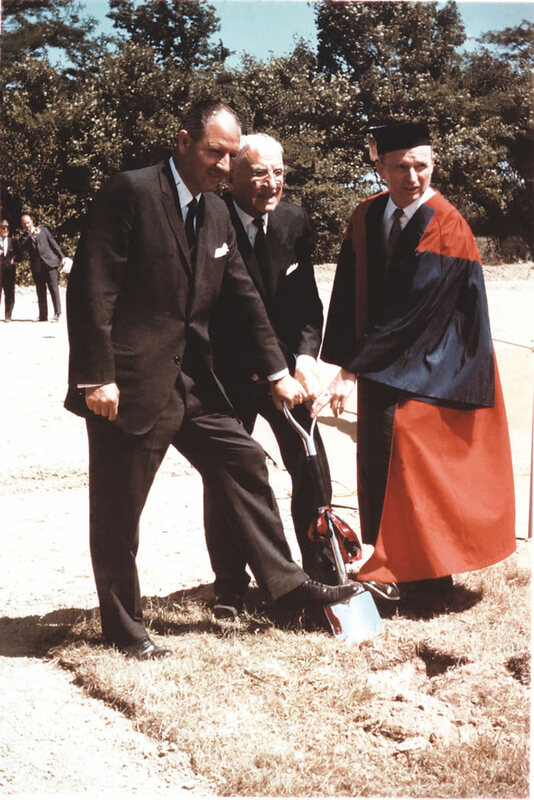 D.G. (Bud) Willmot, Chairman of the Board of Governors of Brock University, the Hon. James N. Allan, Treasurer of Ontario, and Dr. James A. Gibson at the sod turning ceremony.  In July 1983 the Library Building became the Arthur A. Schmon Tower, in honour of founding chairman Arthur A. Schmon.

An excerpt from Dr. Gibson’s speech at the sod turning ceremony on June 10, 1965.

There is much of poetic as well as of physical fulfilment in our ceremonies here this afternoon.  Many of you have been straight conducted to this hillside this afternoon -–at least in a manner as straight as convenient, where no roads existed a week ago.  If this first ascent has seemed not laborious to you, that is the greater credit to your interest in this vibrant University, and it makes the more agreeable my chief task, which is to express to you, and to many others unable to be of our company this afternoon, who have contributed towards the steady progress of Brock University, the warm and deep appreciation of my colleagues and myself.

… what we ceremonially begin today is new, literally from this ground up.  It is new in concept; when it comes into use in the autumn of next year we hope it will have all the freshness of vigorous youth as the fountainhead of thought and ideas in action, with people – men and women, faculty and students, the University linked with the community and the region – as its chief element and motive force. 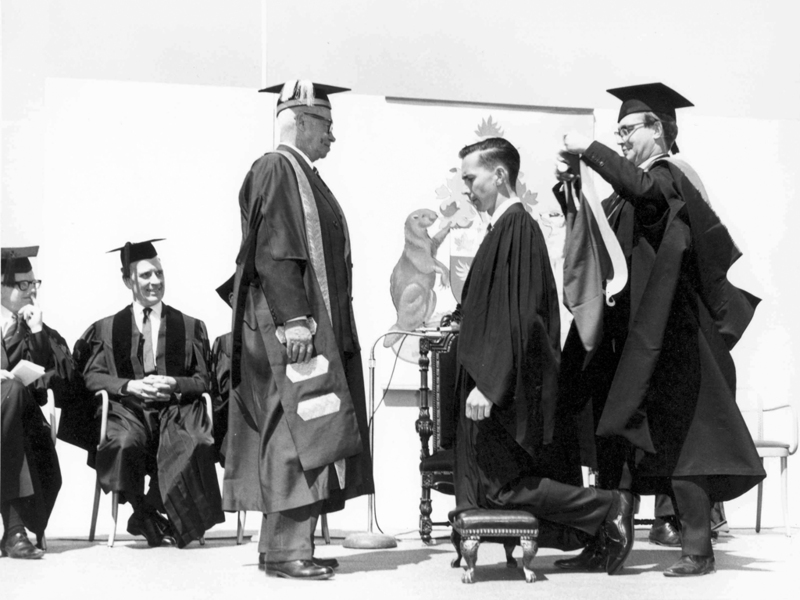 Donald Chapman kneels before Chancellor Richard Hearn to be hooded to become one of the first graduating class of Brock University on May 30, 1967.  Professors Carl Wolff and William Ormsby look on.

On a windy afternoon in May 30, 1967, on the outdoor podium of the newly constructed Library Building, Brock University held its first ever Convocation ceremonies .   The days events were full of as much pomp and ceremony that a proud young University could muster.  The week was full of special events coinciding with Canada’s centennial celebrations.  They included a lecture by Dr. Hilda Neatby on the topic “The Canadians and their church in old Quebec”; outdoor concert by the Lincoln and Welland Regiment band accompanied by a fireworks display; and a dedication of the Library reading room and display of Library treasures.

The campus begins to grow 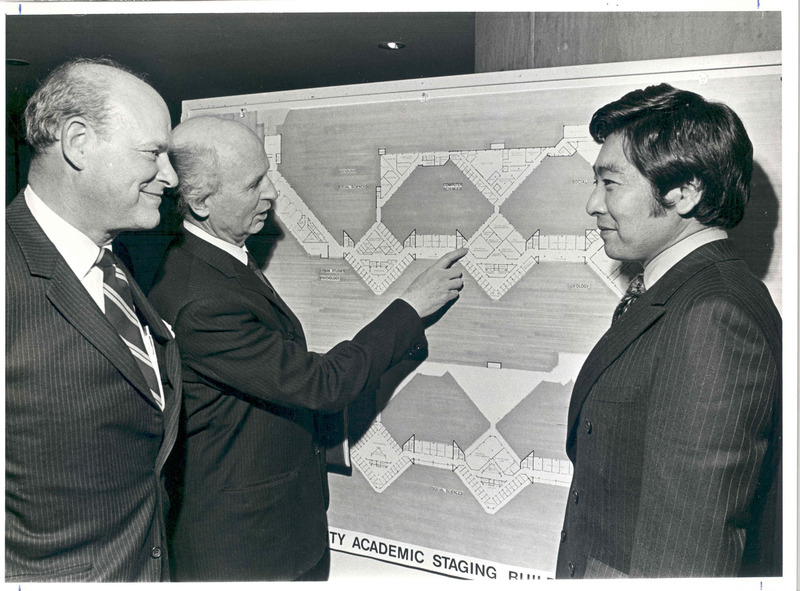 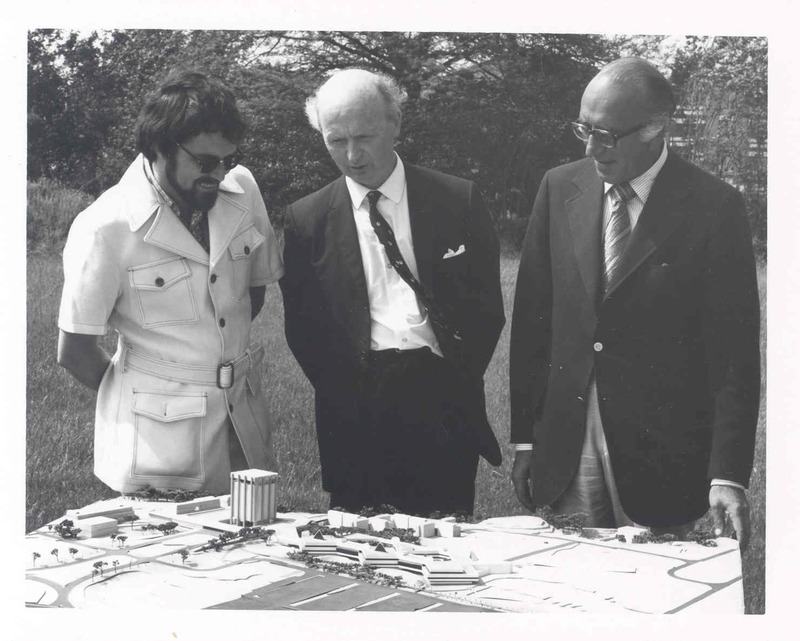 Dr. Gibson and colleagues look over the three dimensional model of the growing DeCew campus, 7 June 1971 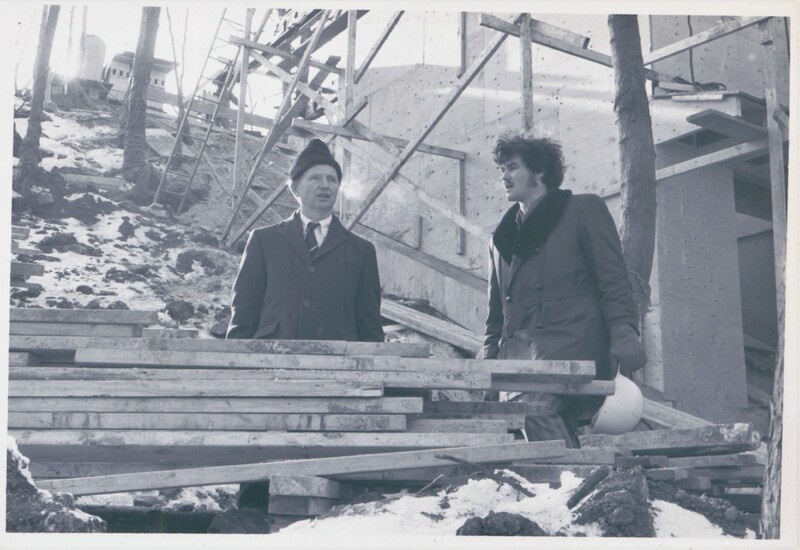 Dr. Gibson and construction staff discuss the progress of the building of the new student centre, Winter 1971 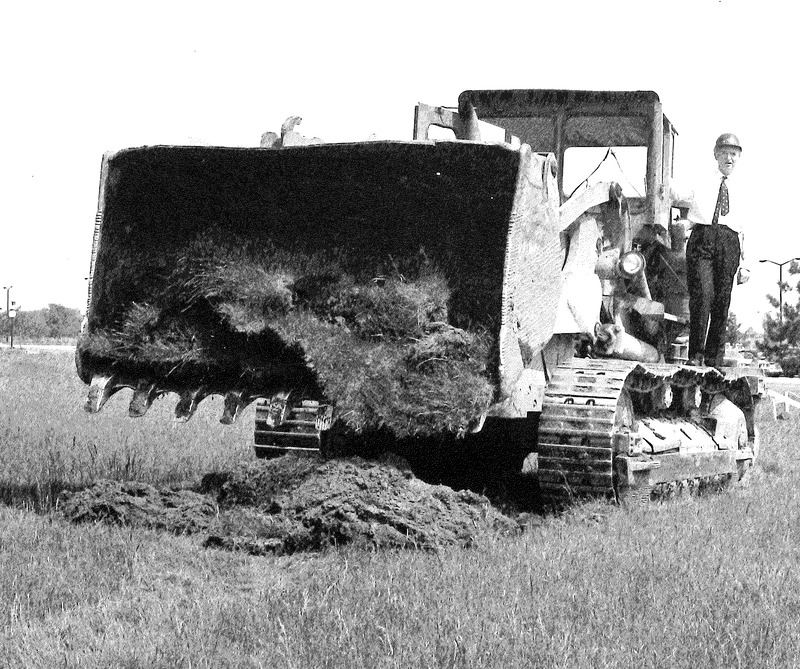 Digging in – When a University President wants to get involved, there are plenty of opportunities.  Dr. Gibson operates heavy equipment June 1971 as building of the Mackenzie Chown Complex begins