A sense of history 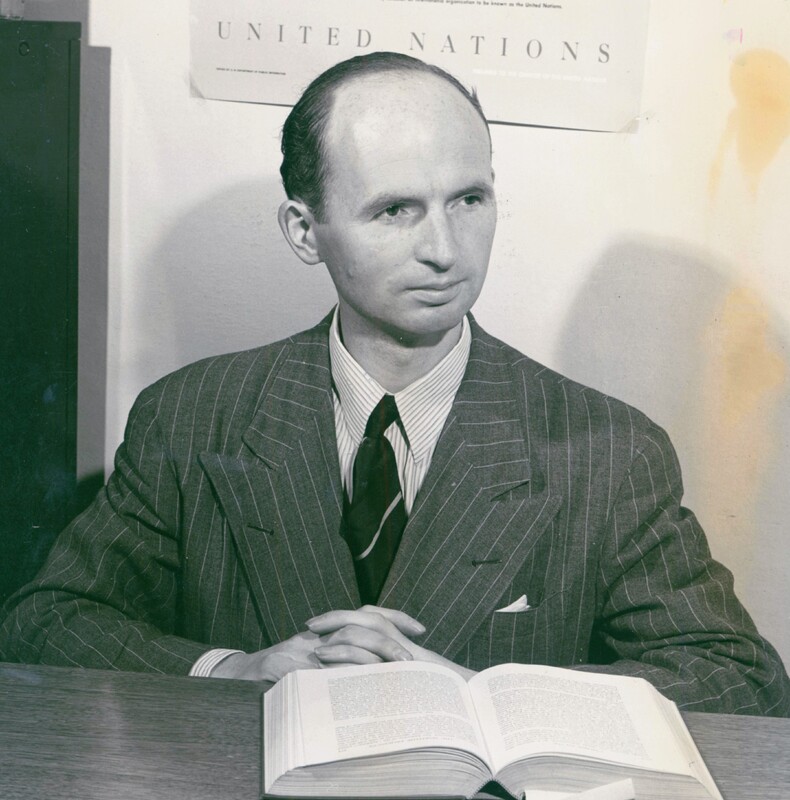 Dr. Gibson poses in front of a poster supporting the creation of the United Nations in this September 1947 taken by National Film Board of Canada photographer Emerson DR Scott.

I was surprised to be invited, quite frankly…..It’s a very gratifying kind of recognition.  It’s a demonstration that the basic ideas were realistic and reasonable and…deserved public support

At San Francisco, most of my working time was spent on the probable end of hositilities in Europe and the tidying-up process that went with that, more than on the UN as such.