After his resignation in 1947, Gibson joined the full-time staff of  Carleton University, as a lecturer.  Previously he had lectured at the former Carleton College since 1942 while still on staff with Prime Minister Mackenzie King.  In 1949 he was appointed a professor and in 1951 became Dean of Arts and Sciences.  Dr. Gibson acted as President from 1955 to 1956 upon the sudden death of Dr. MacOdrum. 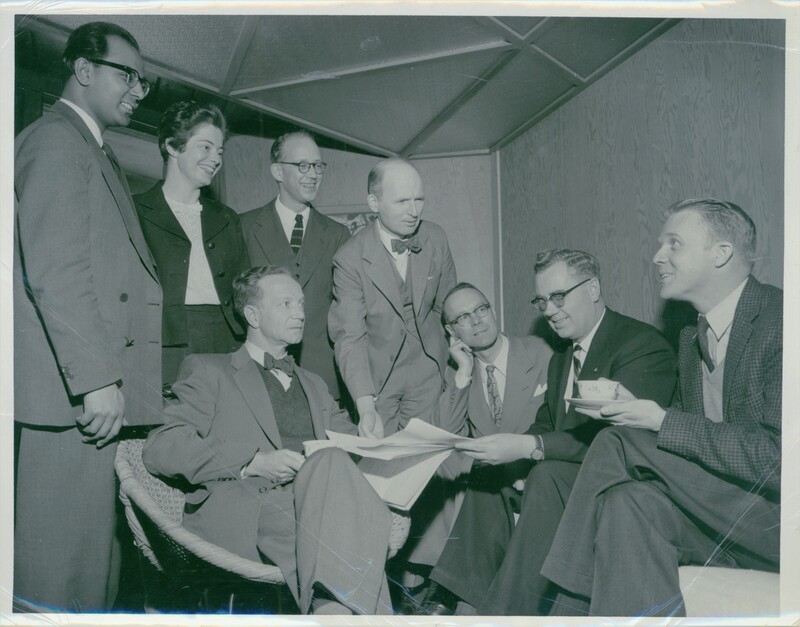 At Carleton University Gibson was active and involved in numerous organizations.  One of his passions was access to university education for students from underserviced countries.  Dr. Gibson acted as chair for the World University Service of Canada from 1957-1961.

While at Carleton Gibson acquired the honorific title of Captain.  This involved his interest in the building of the Rideau Canal and its connection to his great-grandfather who was a stone scriber and worked on each of the locks between Ottawa and Kingston.  In 1961 Gibson learned that the Agnes P. tug was soon to be scrapped.  Gibson secured her purchase for the University and enlisted the help of engineering students and others to restore her to glory.  She made one slow fateful journey before breaking down and later being scrapped.  When Gibson left Carleton in 1964 the Alumni Association presented him with a painting of the Agnes P.

Side note:  If you examine Dr. Gibson’s official portrait you may see this painting in the background.  Obviously an artefact of great importance to him.

A colleague is honoured. 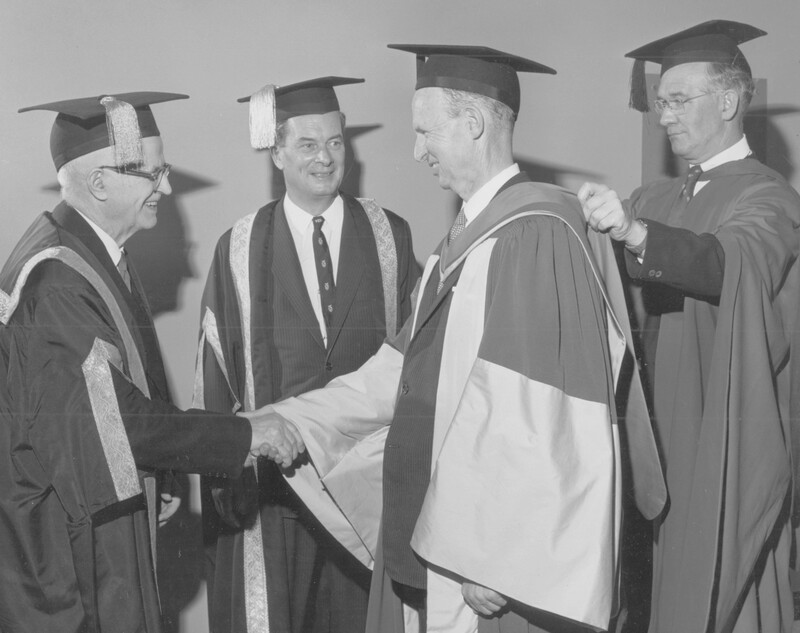 On 22 May 1964 Carleton University conferred the degree of Doctor of Laws, honoris causa on James Alexander Gibson.

When Carleton began one of the first called to teach was James Alexander Gibson.  The spirit with which he responded was the spirit with which he served the College and University for over twenty years.  As a teacher he inspired; as “the” Dean he led in his devotion, loyalty, and hard work; and his leadership counted for much in trying years.  All generations of Carleton students have known him, respected him, and have had warm affection for him.