The obelisk is also part of the history of Queenston Heights. It is representative of the place that General Isaac Brock lost his life although there is some discussion about exactly where the general fell.

William Thomas, the architect of the monument, was tasked with building the obelisk. He felt that he was under pressure because British royalty wanted to visit the site in order to dedicate it. He knew that it was near a thorn bush. But he had little else to go on other than the fact that Brock was going up the embankment toward the battery. The obelisk is certainly in a plausible location.  The obelisk was dedicated by Prince Albert Edward who later became King Edward VII. This took place on September 18, 1860. Prince Albert Edward used an engraved silver trowel to spread mortar on the stone base on which the obelisk was placed. 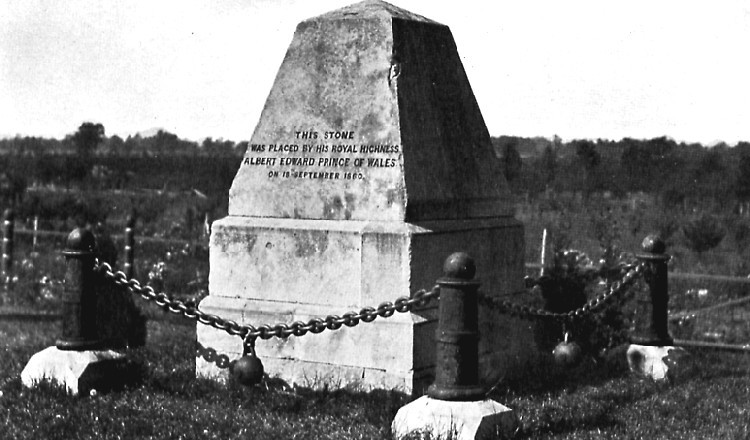 From various articles represented here by the authors' names, Alun Hughes presents six different locations where Brock may have met his death. This map represents Queenston Heights as it is today. 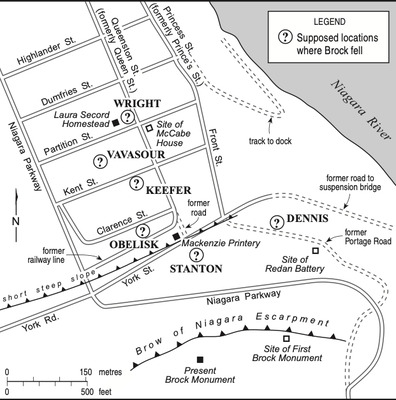 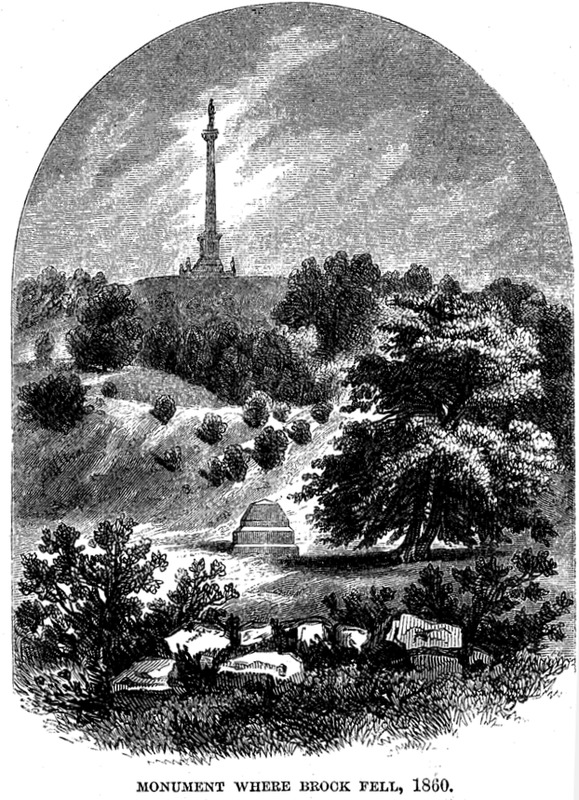 A view of the obelisk and its relation to Brock's Monument