By the fall of 1921, the Polish Grey Samaritans were removed from Poland and Lithuania because of continued political unrest.  It was no longer safe for them to operate and funds from the YWCA and the American Relief Administration had begun to dry up.

In September 1921, De Turczynowicz packed up her family and moved from their home in Redding, Connecticut to California.   They would first settle in La Jolla and later in San Diego. 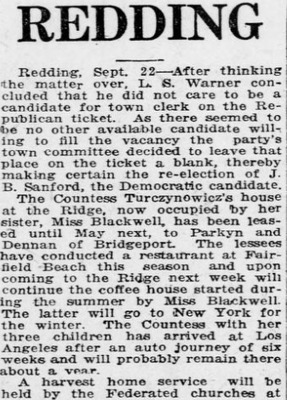 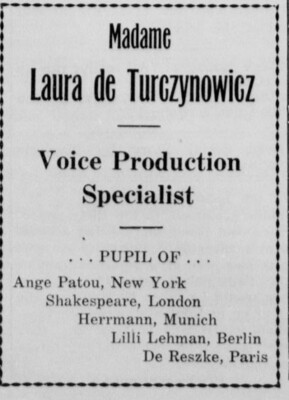 This advertisement appeared in the La Jolla Light on 1 December 1922. 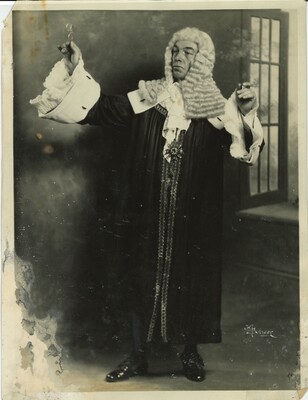 W. A. Cyr as the Judge, in Trial by Jury, a Gilbert & Sullivan operetta. 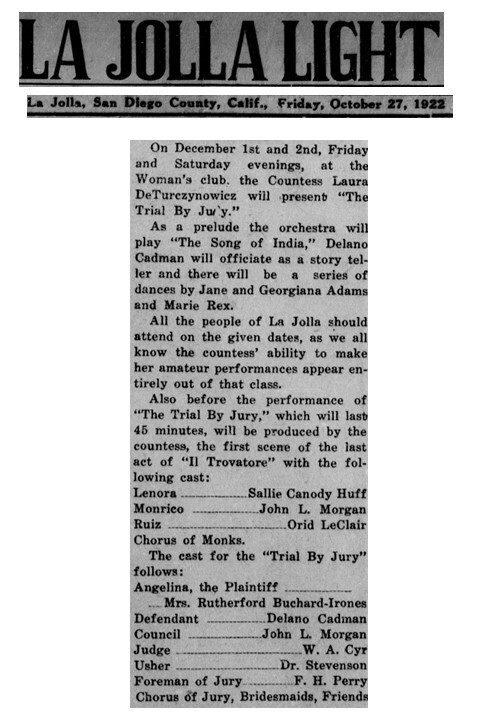 A news clipping from the La Jolla Light in 1922 promoting the production of Trial by Jury.

Trial by Jury, a Gilbert & Sullivan operetta was the first production of the newly arrived Laura De Turczynowicz.    The December 1922 production was eagerly anticipated by La Jollans.   In the photo, we see W. A. Cyr, in the role of the Judge. 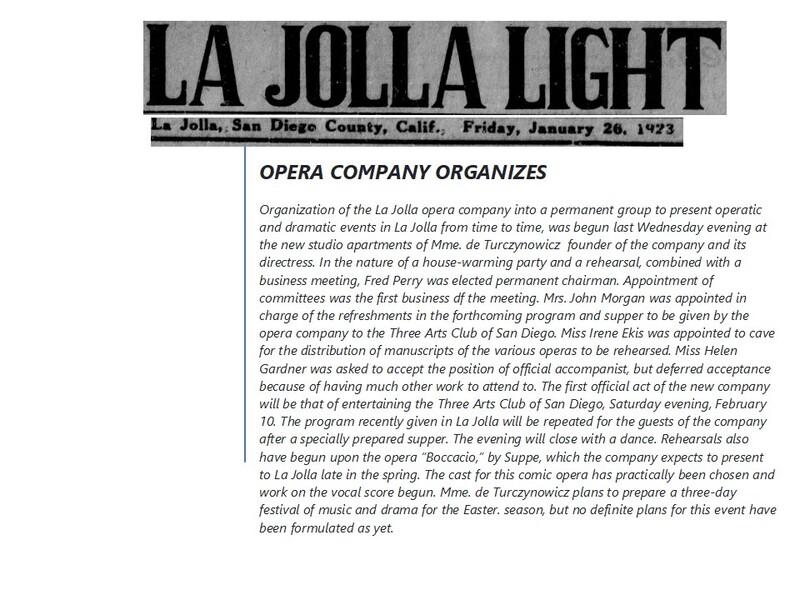 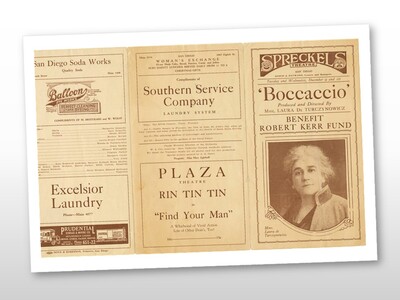 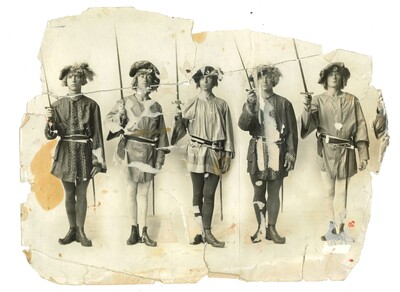 Some of the cast of Boccaccio, an operetta by Franz Von Suppe.

In the more than five years that Laura De Turczynowicz lived in California (1921-1927), she was heavily involved in bringing fine musical performances to La Jollans.   Her productions included: Trial By Jury, Iolanthe, Hansel & Gretel, Pirates of Penzance, Boccaccio, The Sorcerer, The Bohemian Girl, The Gondoliers, and The Sunken Bell.  Fra Diavolo may have been one of her final efforts, presented to Californians at the Spreckels Theatre in San Diego in December 1926. 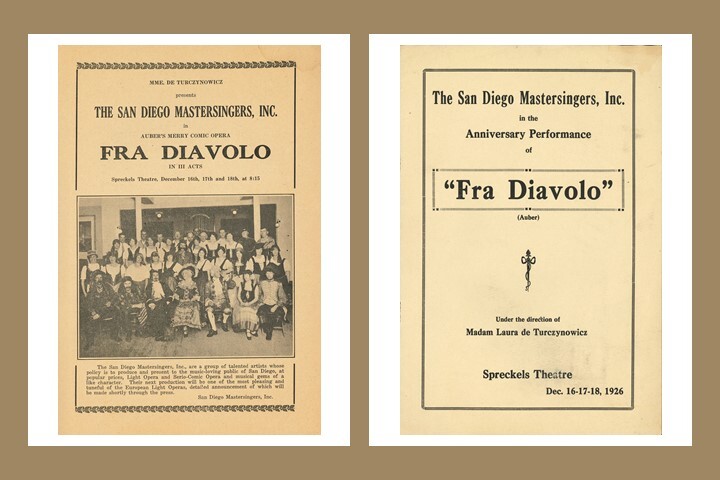