It is not known how long the Blackwell family lived in Colorado, but by 1894 mention of Laura Blackwell appears in the Topeka [Kansas] State Journal.  Already at this time, she demonstrates considerable talent in musical performance and production. 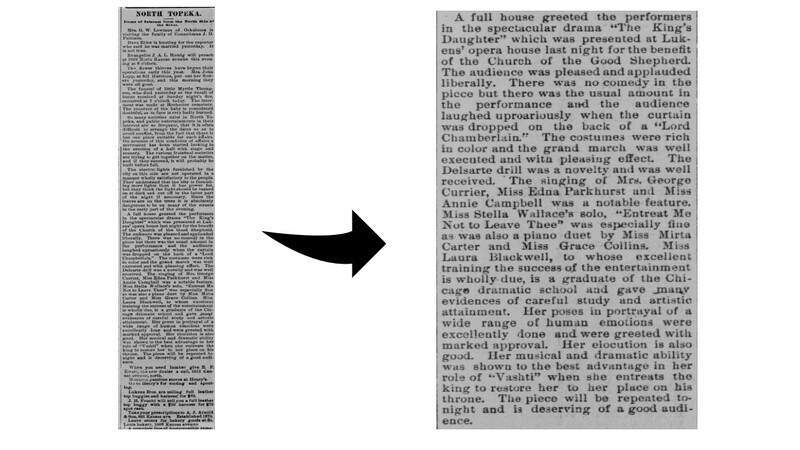 A news clipping describing the musical performance of The King's Daughter at Lukens' opera house for the benefit of the Church of the Good Shepherd.  Laura Christine Blackwell received rave reviews for her performance in the role of Vashti and her contributions to the whole production.  According to the article she had already had musical training at the Chicago dramatic school.

By 1897, Laura Blackwell’s musical performances appear regularly in various New York and New Jersey newspapers.   According to the 1900 Census for the Borough of Manhattan, Laura Blackwell and her mother Euphemia are recorded as boarders living with Emma West, an elocutionist. 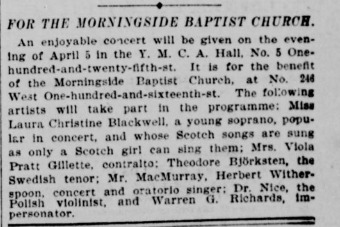 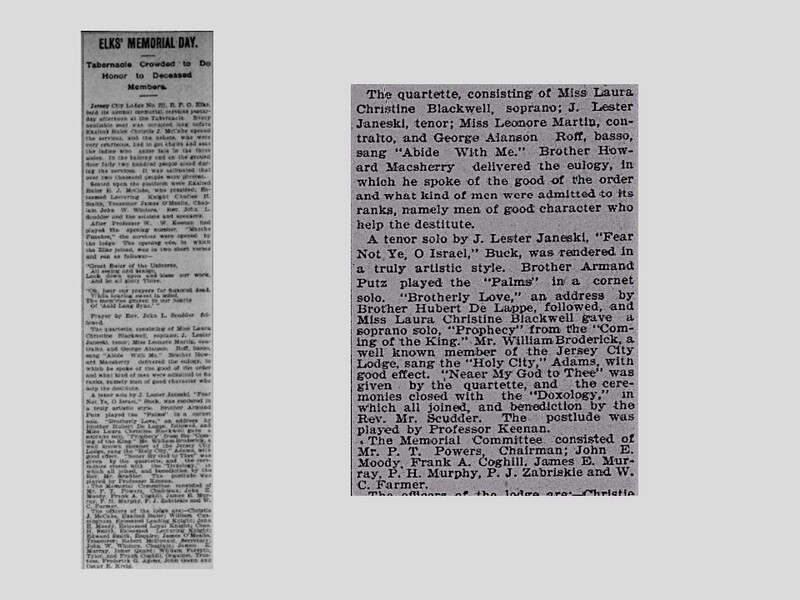 Laura Blackwell returned frequently to the town of her birth to visit her family, sisters Hannah, Mary, Keziah (Kizzie) and Ella.   Her sisters had all married local men and were settling down with their families.  Only Keziah remained unmarried and maintained a career as a teacher of voice and musical instruction.   Kizzie Blackwell’s name features prominently in the Teresa Vanderburgh Musical Scrapbooks found in The Special Collections, St. Catharines Public Library. 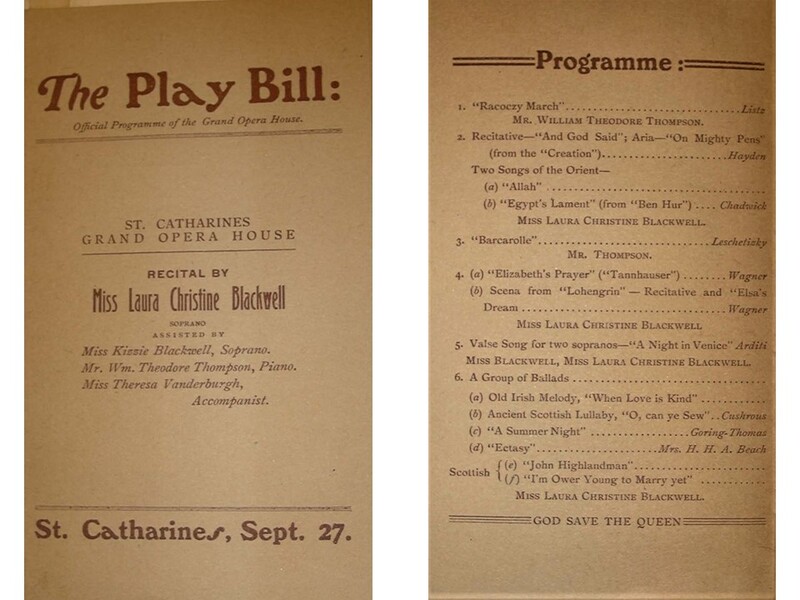 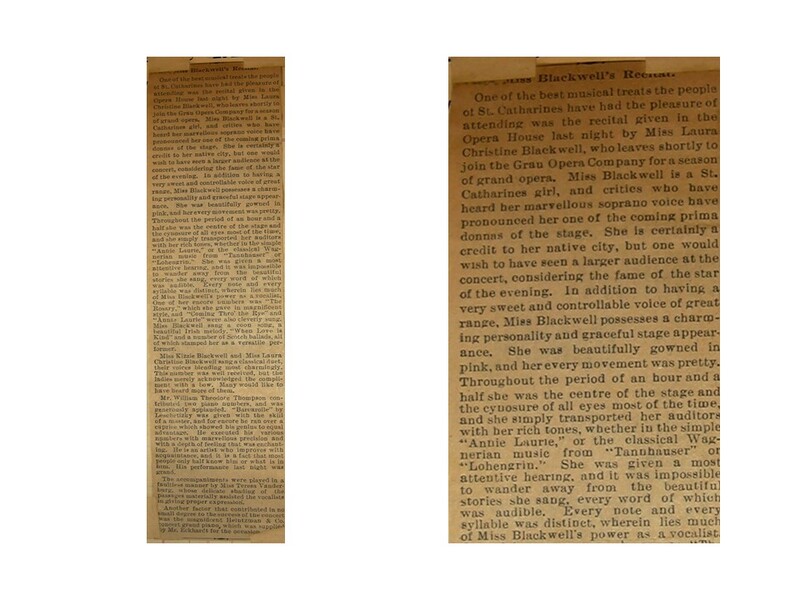 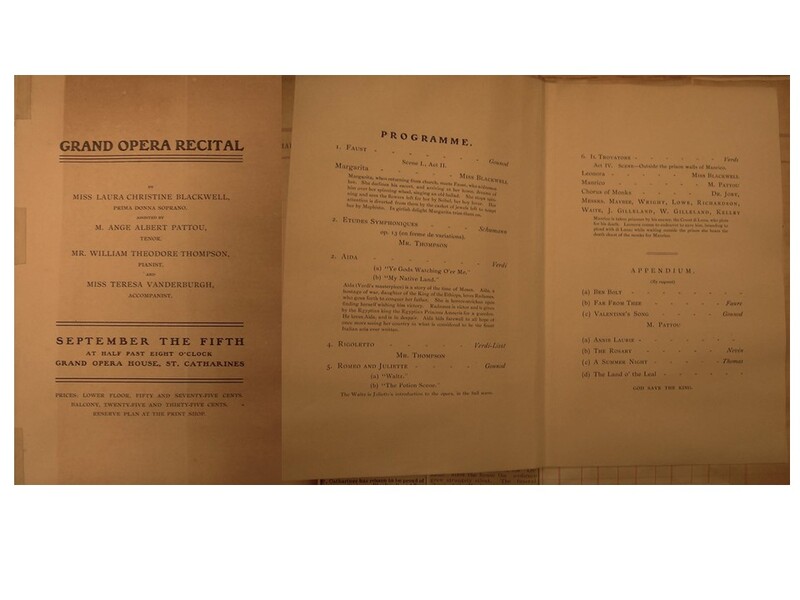 In this news clipping from the September 8, 1934 Vancouver Sun, Laura De Turczynowicz recounts her musical performances in Europe prior to her marriage in 1907.   Her musical collaborators and mentors included Jean and Edouard De Reszke, Lilli Lehmann, Moody Manners Company in England, and performances in Munich and Dresden, Germany.