Laura De Turczynowicz’ and family returned to Canada in late April 1927 and settled in Toronto to initially live with her nephew at 25 Neville Park.  Shortly after, she became associated with the Toronto Conservatory of Music headed by Sir Ernest MacMillan.    By 1928, she had assumed the position of director of the operatic branch.

Under her directorship, the company included performances of Hansel & Gretel at the Regent Theatre and The Sorcerer, a Gilbert & Sullivan operetta during the 1928 season.

The 1929 season included presentations of The Peasant Cantata and Dido and Aeneas performed at Hart House. 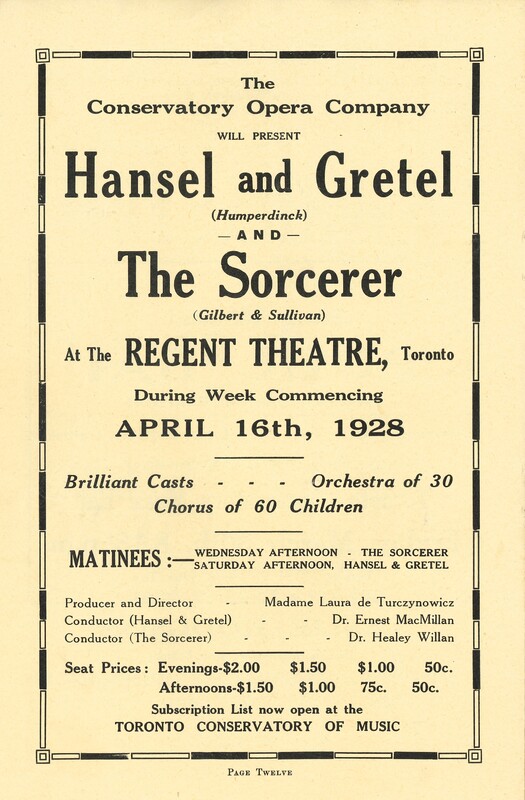 A page from the program of the Toronto Conservatory of Music for the 1927-1928 season. 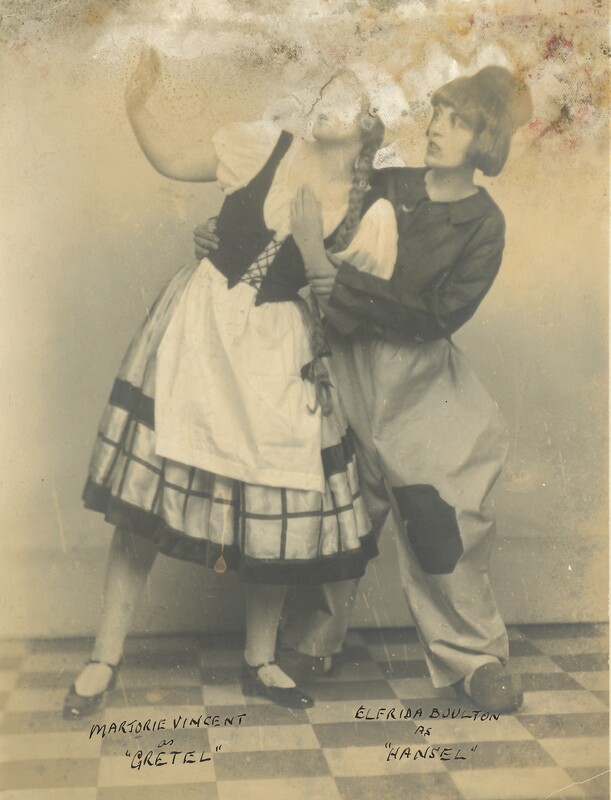 Laura De Turczynowicz also had opportunity to return to her hometown to address the Women’s Canadian Club on May 23, 1928.

“Will Addresses Local Women” about Laura Christine Blackwell, back in town to address Women’s Canadian Club on Friday on the topic “In Times of Peace”.  Says she was born in St. Catharines and while studying in New York she would return to St. Catharines in the summers.  She has appeared in over 30 operatic roles during her career as an opera singer. Married a Polish count and lived in Poland, had three children: Wanda, Peter and Paul.   They had a country home in Suwalki, husband was a professor at the University of Cracow with the war he was made inspector general of sanitary engineers, he died in the war.  She wrote a book, When the Prussians Came to Poland published by Putnam’s.  She left Poland, was detained in Berlin, where she had sung The Star Spangled Banner at a Thanksgiving dinner in Berlin 10 years before World War I.  She went back to Poland at the end of the war as a Red Cross commissioner, later lived in California for the sake of the health of her children.  A year ago she joined the staff of the Conservatory of Music in Toronto, recently produced Hansel and Gretel and the Sorcerer, and received warm praise.  She recalls speaking in St. Catharines at St. Paul Street United Church in 1917 on a Saturday evening, the seating there was overtaxed, with intro by Archdeacon Perry and W B Burgoyne.

”A profusion of mauve and white lilacs decorated the home of Mrs. W.H. Hodgins, Ontario street, south, yesterday afternoon, when she entertained the executive of the Women’s Canadian Cub at tea in honor of her sister, Madame de Turczynowicz and her niece Wanda de Turczynowicz of Toronto.  Mrs. Hodgins was assisted by Mrs. Jewett, Miss Mary Grant and Miss Rita Hutchinson.”

“Canadian Club Meets; Countess de Turczynowicz Gives Graphic Description of Poland”; says she left her children with Lord Tankerville in England and went to Versaiiles conference, she was given the task of a commission to help Poland she traveled there, did her work, was offered further commissions, but refused and turned back to her profession of music. For six and a half years she and her children lived in California, she helped establish a civic opera there, finally came to Canada to have children belong to her country since they could not live in theirs, she has settled in Toronto, she directs the opera department of the  Toronto Conservatory of Music, which aims to establish Canadian opera, now gives scholarships to promising young Canadian singers she had daughter Wanda with her at her talk.

By late 1929, Laura De Turczynowicz was moving on to British Columbia and new operatic opportunities awaited her there in Victoria and Vancouver.