It is not known how long Laura De Turczynowicz lived in Winnipeg or how successful her plan was to develop a civic opera company in that city.  By July 1935, the De Turczynowicz family is crossing the Canada U.S. border at Blaine, Washington.   The family settled in various locations in and around Santa Monica, California.

Laura De Turczynowicz began to pursue her writing more seriously at this point, having abandoned her musical endeavours for the print medium. 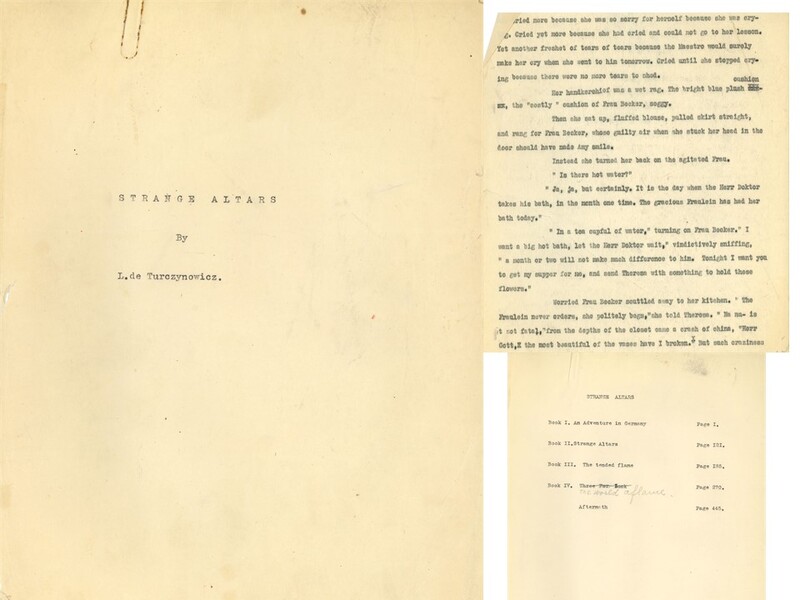 Some pages from the Strange Altars manuscript. 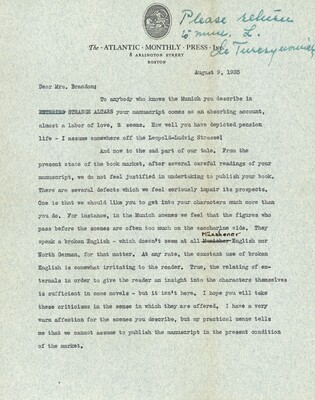 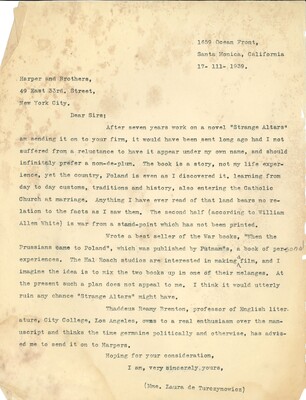 A letter of introduction to publishers Harper & Brothers, 1939

Full novel size works are extant in the Laura De Turczynowicz fonds at the Brock University Archives.  These works include Strange Altars and The Winding Thread.     She also wrote two plays entitled Musical Barber and Night Club in the Morning.    An additional seven short stories, some written under the pseudonym of Kirsty Brandon, are extant.   They include But for the grace of God, Butterfly dust, Days beyond recall, How was I to know, Magic of the moon goddess, She trumped her partner’s ace, and What shall it profit.

It is not known if any of these works were published. 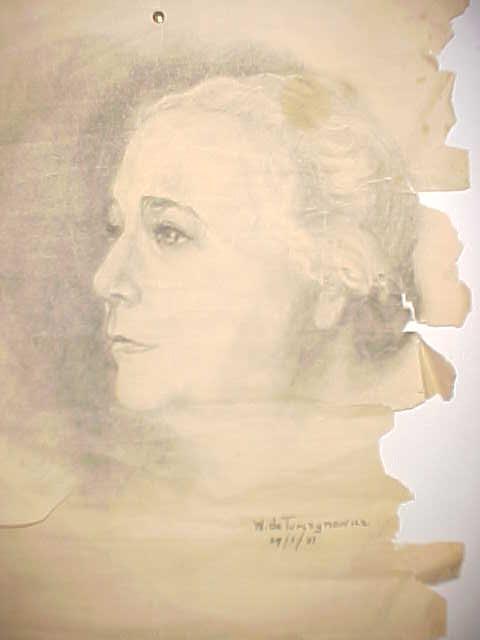 Laura De Turczynowicz’s life as a public individual was drawing to an end.  She had led an illustrious life as an operatic singer on the stage in some of the most famous musical locations in the world.   She had married into the Polish nobility and had a family, survived horrible and terrifying experiences during World War One and had overcome these experiences by writing a best-seller.   She worked tirelessly for the people of her adopted country of Poland with some small successes.   She became a national figure on the fundraising stage in the United States and was often called on as a speaker to varied groups.

After returning once again to her musical career, she was able to successfully launch at least three operatic societies in the communities in which she was active.

At the end of her operatic career, she turned to writing as a new career choice with limited success.

Laura De Turczynowicz was to live the rest of her life in the Santa Monica, California area.   She died there in October 1953 at the age of 78.