By late 1929, Laura De Turczynowicz was moving on to British Columbia and new operatic opportunities awaited her there in Victoria and Vancouver.  She became the director and producer of many of the performances given by the Victoria Operatic Society.   Some of these presentations included: Hansel and Gretel, Boccaccio, Fra Diavolo, Robin Hood, Bohemian Girl and others.   Laura De Turczynowicz and her family became immersed in the life of Victoria, British Columbia, she was a popular speaker to local women’s groups and other gatherings. 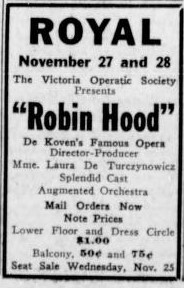 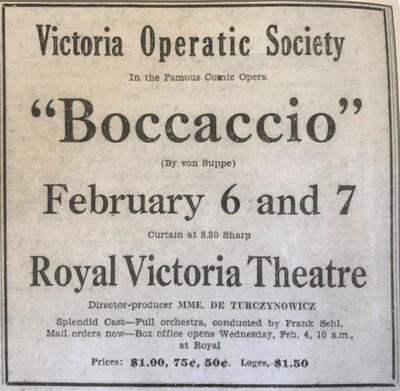 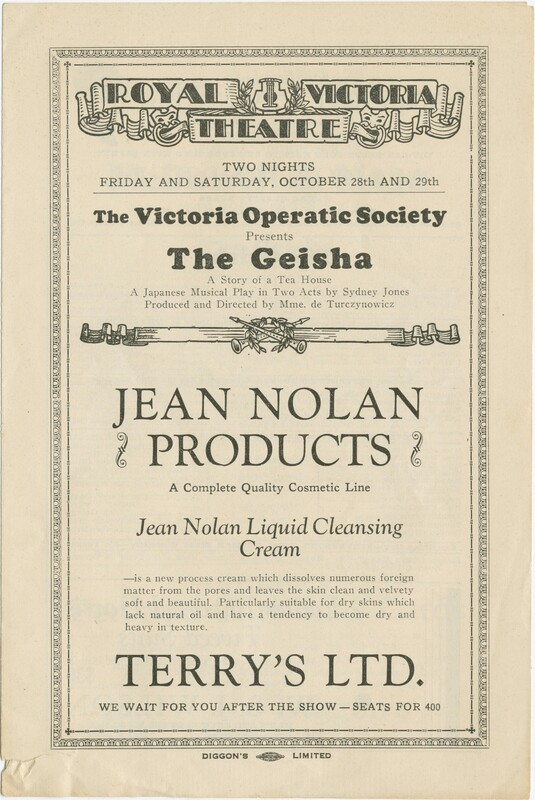 The Geisha, presented by the Victoria Operatic Society, 1932 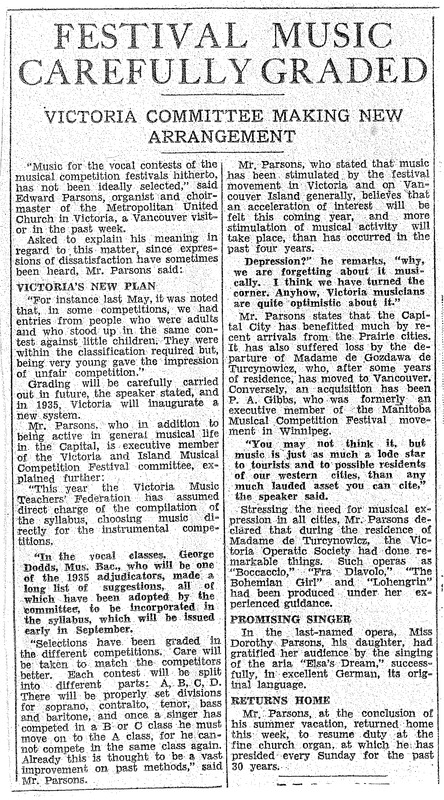 In 1934, De Turczynowicz left Victoria for Vancouver.   An announcement had appeared in the Winnipeg Tribune on January 14, 1933 that De Turczynowicz was intending on opening a studio and organizing students looking “to the development of a civic opera company”.