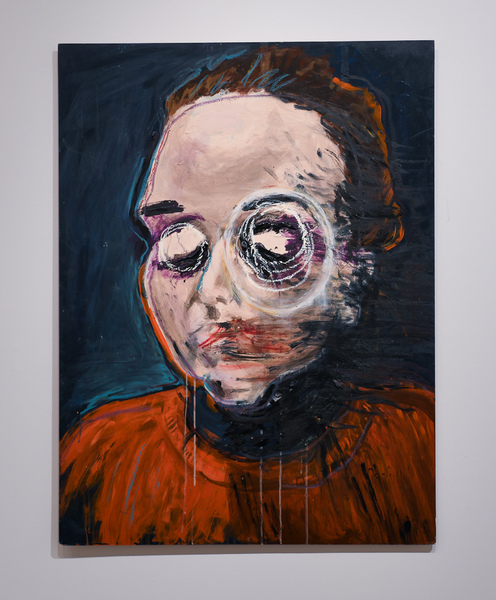 What can a face reveal, beyond a superficial understanding of facial features?

How are we portrayed?

How do we want to be portrayed?

What does it mean to be portrayed?

My work is rooted in challenging the viewer’s perception of how portraits (and even as an extension, selfies) are typically used to understand an outward appearance, status, and social identity. Portraiture becomes particularly complex upon considering the sheer amount of visual information regarding the human face and body, made easily consumable through social media and the internet. These works consider how portraiture has functioned historically, and use that history to deviate from and forge new meaning and ideas about representation, and the role of the portraiture in art.  Through my art practice, I investigate the genre of portraiture not as a means of flattery or aestheticization, rather how the face and figure act as a vessel for representing the uglier, more painful, even humorous, internal experiences.

The psychology of the figure takes precedence over any kind of accurate visual representation, in confronting the viewer’s pre-conceived notions of the role of portraiture; what it is, and what else it could represent. 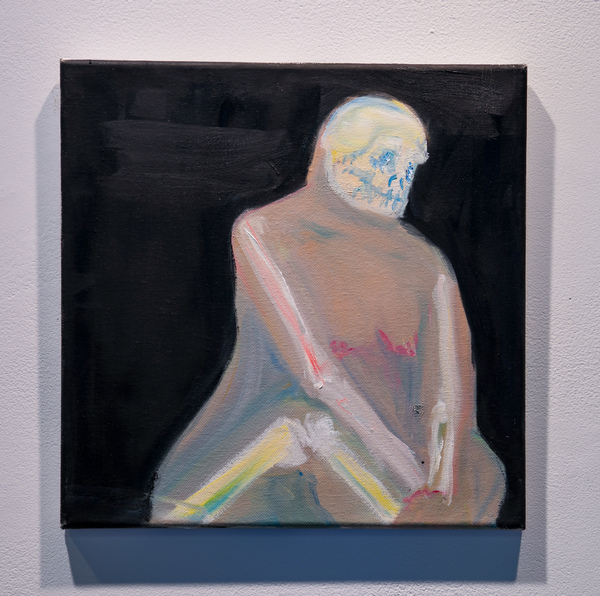 The work in Uncommon Connections is the result of months of researching, planning, plotting, and painting. This series offered me an opportunity to research and work with a topic that has long interested me; -the connection of art medicine, anatomy and plant symbolism and usage. The work invites viewers to engage with and reflect upon the myriad connections between the human body and aspects of the natural world.

Reading the novel, The Bewitching Season written by Marissa Doyle, I happened upon footnote that described the message and meaning of the flowers that suitor sent to a debutante; the concept of sending messages through plants and animals fascinated me. I would draw connections between my physiology and these plants and animals. Certain plants, such as the foxglove and aloe vera found their meanings through their practical use in medicine, while others, such as the holly plant had earned its meaning through pagan tradition and superstition. By pairing these various plants and animals with specific anatomy of the human body, the canvas becomes the surface on which I communicate secret and coded messages to those viewing the work.

Human beings are creatures of nature. This series takes images of human anatomy and intertwines them with other natural organisms. Through these unexpected combinations I highlight the interdependence of our world. Humans are not separate from nature; they are a part of it. Many members of society, especially since the rise of smart technology, speak to feelings of loneliness and isolation. But we aren’t alone, and I hope through my work I can show that to viewers.

Twopenny Grass: Found in the undergrowth, known for its confining and stunting growth of other plants