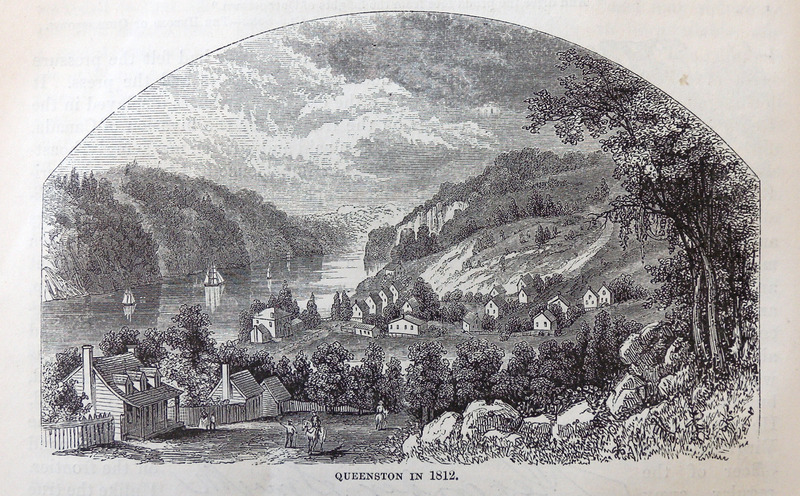 The Village of Queenston as it appeared in 1812

When the United States declared war on Britian on June 18, 1812,  Isaac Brock was both the colonial administrator of Upper Canada and the head of the province's military.  He had the difficult task of defending Upper Canada's border with a modest contingent of regulars and militia spread across a large area.  Many citizens in Upper Canada felt that the war with the United States was a hopeless endeavour that would inevitably result in victory for the Americans.  But Brock was a bold and charismatic leader who achieved remarkable success in an early offensive attack, bolstering the morale of the province's citizens.

Many Americans felt that conquering Canada could be accomplished relatively easily.  The American General Henry Dearborn had a strategy to achieve victory in Canada as quickly as possible.  He intended to focus his attack in Montreal, in order to cut off the St. Lawrence River supply line.  Diversionary attacks were planned for areas across the Detroit River, Niagara River, and upper St. Lawrence.   But when the attack near Detroit resulted in an embarrassing defeat for the Americans at the hands of Isaac Brock, a successful American invasion in Niagara became even more important.

On October 13, 1812, the Americans quietly crossed the Niagara River from Lewiston before dawn, intent on capturing Queenston and redeeming themselves after their defeat at Detroit.  It was the first major military engagement of the war.   Although the British and Canadians would claim victory in the battle, it came at a high price.