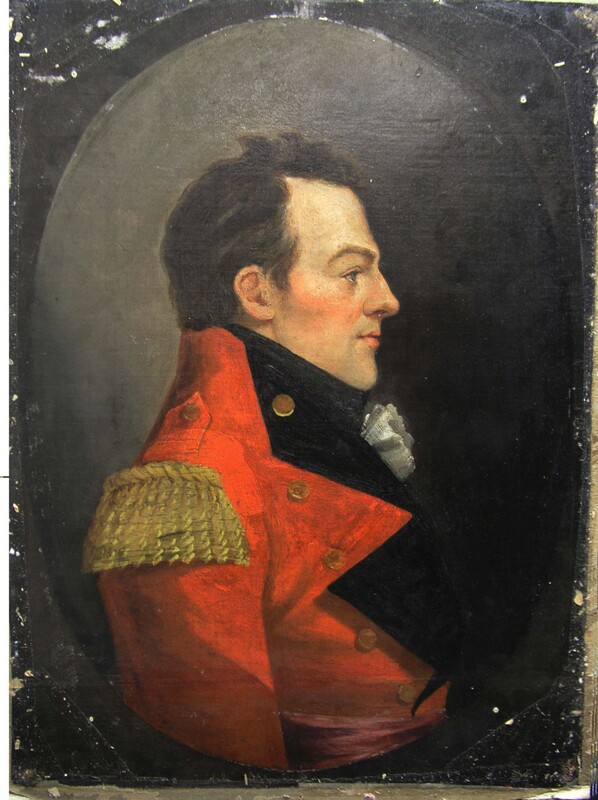 The victory at Queenston Heights was bittersweet.  The British and Canadians had won the first major military engagement of the War and driven the Americans back to Lewiston. But had lost their much admired and respected leader.

The October 24, 1812 issue of the Niagara newspaper The Bee  contains an account of the battle of Queenston Heights and conveys the sorrow felt by the inhabitants of Upper Canada at the loss of their leader, noting that, "The unfortunate loss of the brave General Brock, early in the morning of the memorable 13th inst. in the Battle of Queenston heights, for a while seemed to overcloud the brilliant sun of victory...General Brock was bold and daring even to excess... utterly regardless of danger... yet a most generous foe -- a friend to humanity -- he loved the inhabitants of Canada, their interests were his continual study, their rights and priveleges his sacred care to preserve... can it be wondered then that he was universally beloved?"

Isaac Brock and John Macdonell were buried with ceremony in a bastion of Fort George on October 16.   Even the Americans marked the occasion.  An informant of the American newspaper The War witnessed Brock's funeral and noted that, "the guns at Fort Niagara were fired during the ceremony as a mark of respect due to a brave enemy." 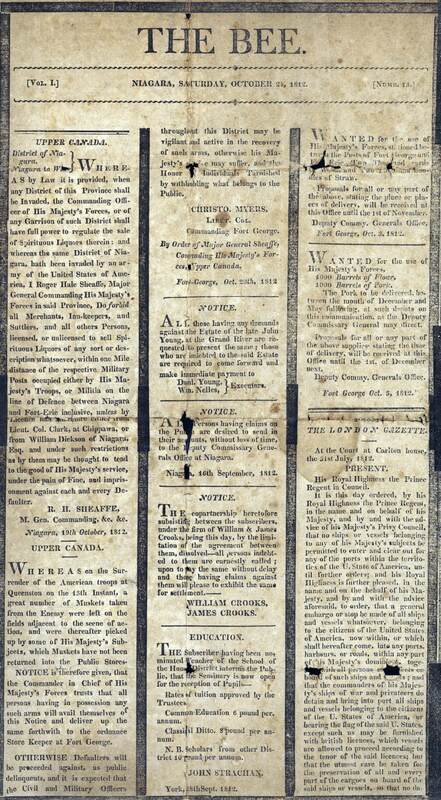 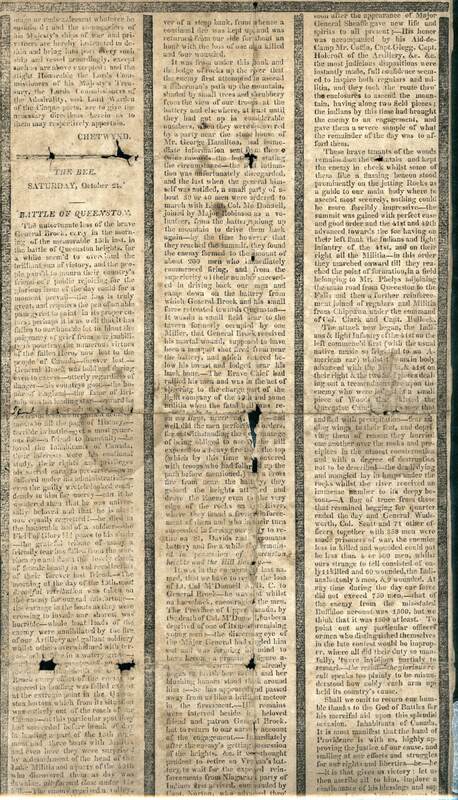 A page from The Bee containing an account of the Battle of Queenston Heights and the death of Isaac Brock, October 24, 1812. 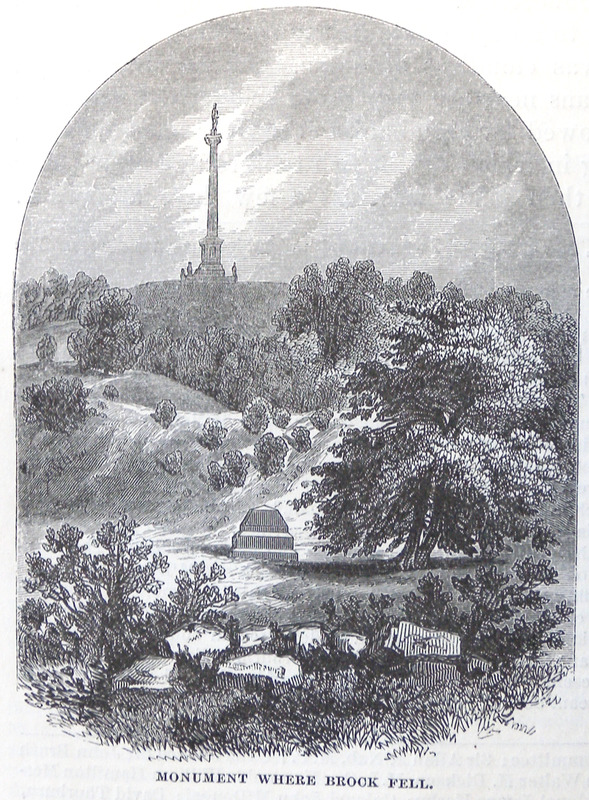 Sketch of the obelisk where Brock fell from Benson Lossing's Pictorial Field-Book of the War of 1812.  Brock's Monument can be seen in the background.

In 1860, an obelisk was erected to commemorate the spot where Isaac Brock fell.  It was dedicated by the Prince of Wales who was on a tour of North America and was in the Niagara area in September of 1860.  The project turned out to be a challenge because of the difficulty in ascertaining the exact spot where Brock fell.  A committee responsible for the obelisk project conferred with several individuals who participated in the battle.  But a consensus on the location could not be reached.  In fact, it seemed that everyone had a different opinion of where Brock fell.  More than one account claimed that it was near a thorn bush or thorn tree.

Time was running out to select a location.  The Prince of Wales was visiting in a month to dedicate the obelisk.  Those involved in the decision met to select a location on which they could all agree.  The spot they chose was next to a thorn bush.  On the day they met, Benson Lossing, author of  The Pictorial Field-Book of the War of 1812, was visiting Queenston.  He made note of the chosen location and drew a sketch.  Although the obelisk had yet to be installed,  Lossing was able to use a stonecutter's sketch of it to create his drawing.  The obelisk remains in this spot although the tree  is now gone.

Some members of the community were dissatisfied with the chosen location claiming that Brock actually fell further west of the thorn tree.  Other accounts describe various different landmarks in relation to the site.  Although it is not possible to be absolutely certain where Brock fell, the location of the obelisk is a plausible choice.