Colonel McCormick (editor and publisher of the Chicago Tribune) offered Schmon a job at his Shelter Bay pulpwood operations.  In 1913, Robert McCormick  had also started up a paper mill in Thorold, known as the Ontario Paper Company. Mr. Schmon accepted the challenge of working at this lonely outpost on the lower St. Lawrence River despite the fact that he didn't know the difference between a spruce and a balsam.  McCormick overlooked this shortcoming and he was right in doing so. Schmon was promoted to Woodlands Manager in 1923. In 1930, he became the General Manager. This was expected to be a seasonal operation but the construction of the mill led to the building of a town (Baie Comeau) and its power development. All of this was accomplished under Schmon’s leadership. Baie Comeau's Quebec North Shore Paper Mill is now Abitibi Consolidated Inc. 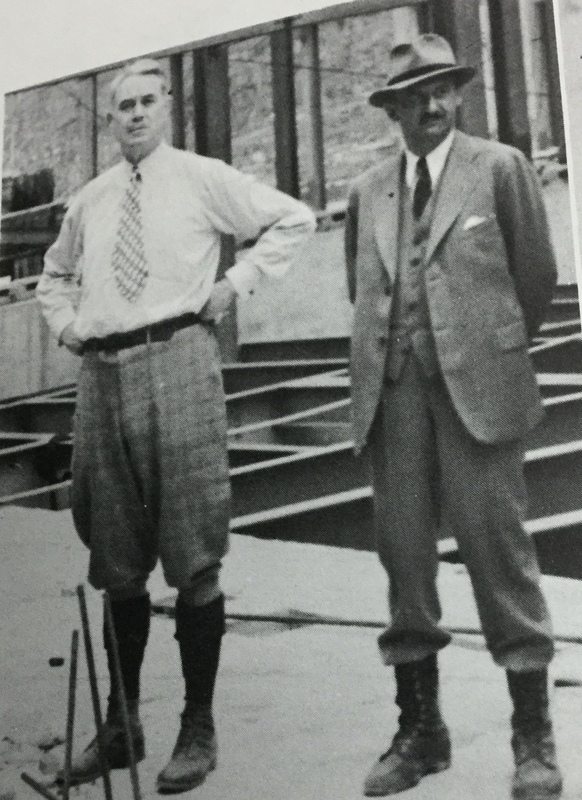 Colonel Robert R. McCormick and Arthur Schmon on the mill construction site at the Quebec North Shore Paper Company in 1937

Some 5,000 men worked at Baie Comeau during its construction. The first employees of Baie Comeau were foresters, construction engineers and paper men.   Everything had to be transported by water and for six months of the year the major mode of land transportation was dogsled. When Celeste joined Arthur there in 1919, they resided in a log cabin. It was an incredibly rugged lifestyle and an enormous undertaking to build a mill and a community out of this wilderness of rock and forest.

This panoramic view of Baie Comeau was taken from the water tank. You can see the mill site, paper warehouse and temporary town site to the left. The men's cook house is at left centre with the rock quarry and railway lines on the right. 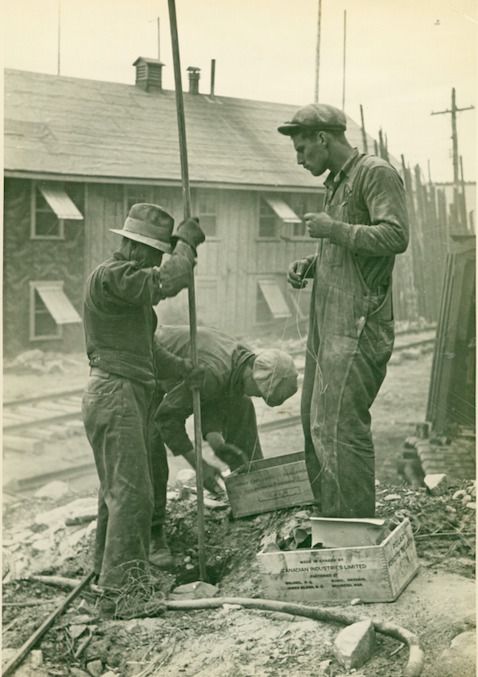 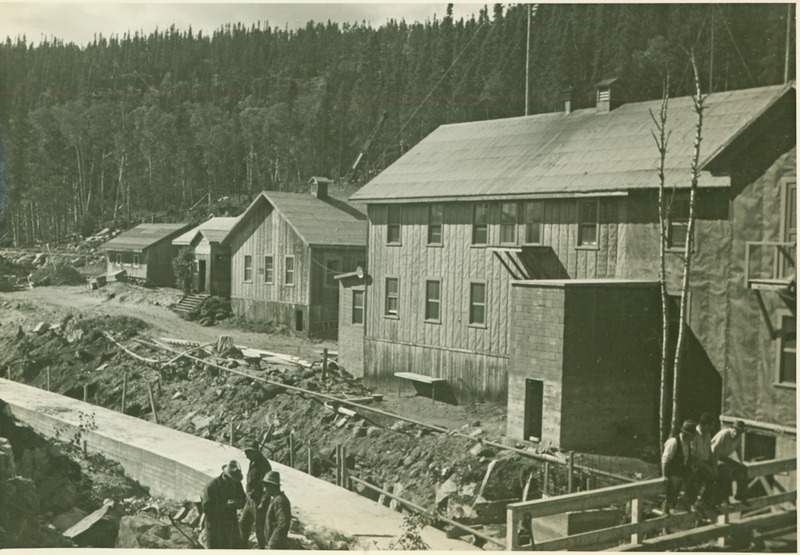 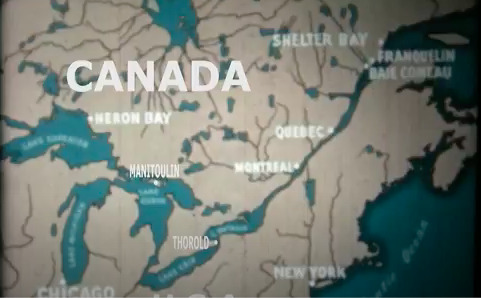 A map of Canada showing Thorold and Shelter Bay 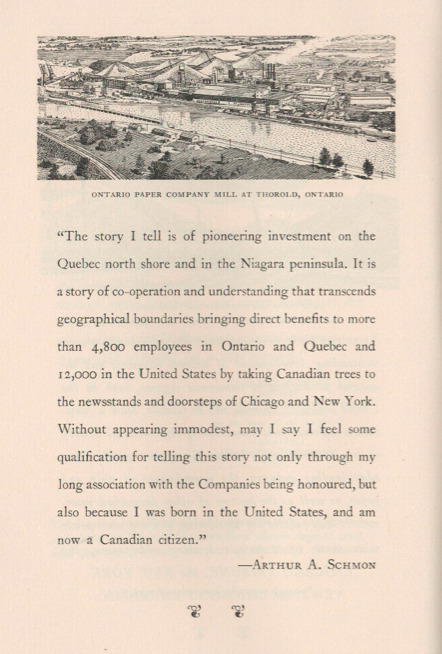 A page from Papermakers and Pioneers - The Ontario Paper Company Ltd. and Quebec and North Shore Paper Company written by Arhur A. Schmon. 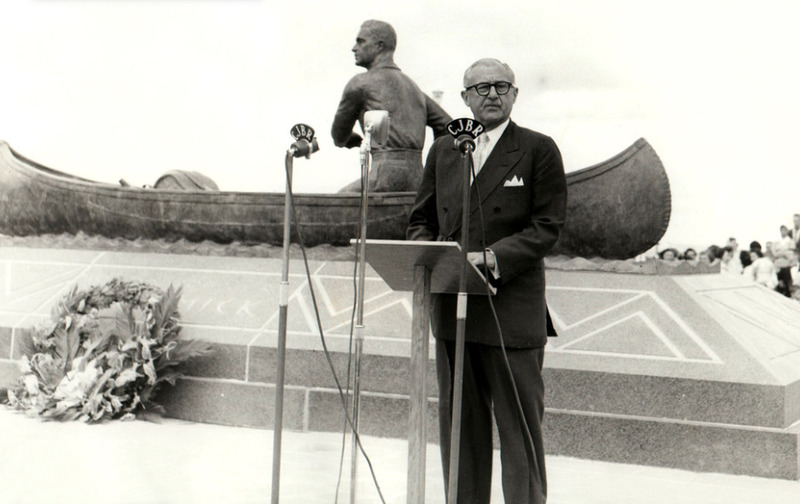 In 1959, Arthur Schmon spoke at the unveiling of a statue of Robert McCormick in Baie Comeau. The statue was created by Wheeler Williams.