In 1957, The Allanburg Women's Institute called for a university to be built in Niagara. While they certainly should be commended for their efforts and success, the university may not have come to fruition without an incredibly strong chair of the Founder's Committee. Arthur A. Schmon was just such the person to lead Niagara into this endeavour. In July of 1962, Schmon took a group of committee members to Queen's Park  to see Leslie Frost who was the former premier. They also met with the Advisory Committee on University Affairs.  An agreement was secured for a university in Niagara. In October of the same year, the letters patent had been received and the name of the university had been chosen. 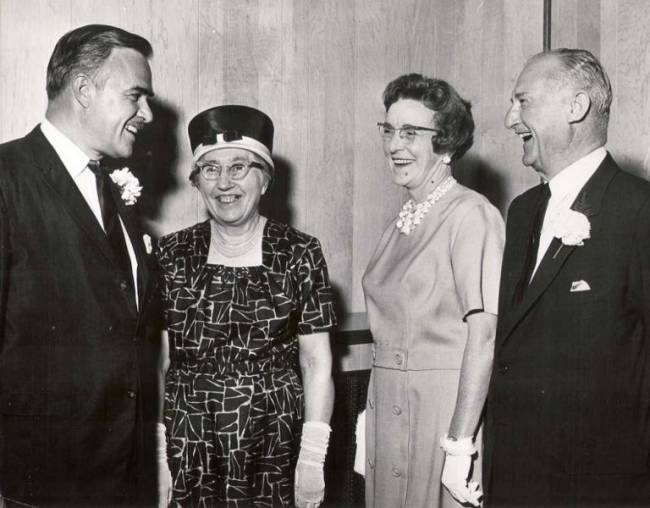 Pictured here from left to right are: Premier John Robarts, Mrs. Grover Egertor of the Allanburg Women's Institute, the woman who first came up with the idea of forming a University in the Niagara Region, Mrs. Bearss, the former chairwoman of the Women's Institute when the project was proposed, and Dr. Arthur A. Schmon, chairman of the Founder's Committee. This photo was taken at a dinner in Niagara Falls in 1963 that marked the official launch of the Brock University Project. 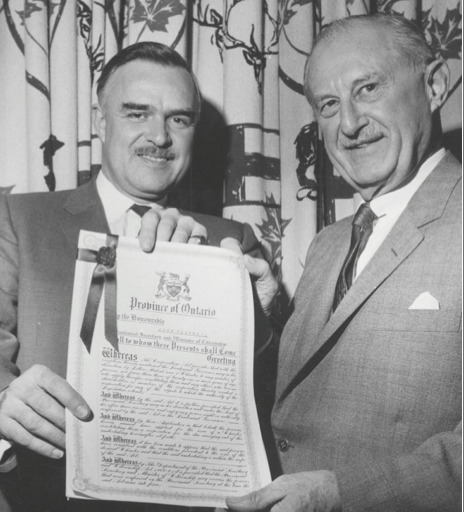 Premier John Robarts presents the charter for Brock University to Arthur A. Schmon at a ceremony at Queen's Park. Feb 14, 1963 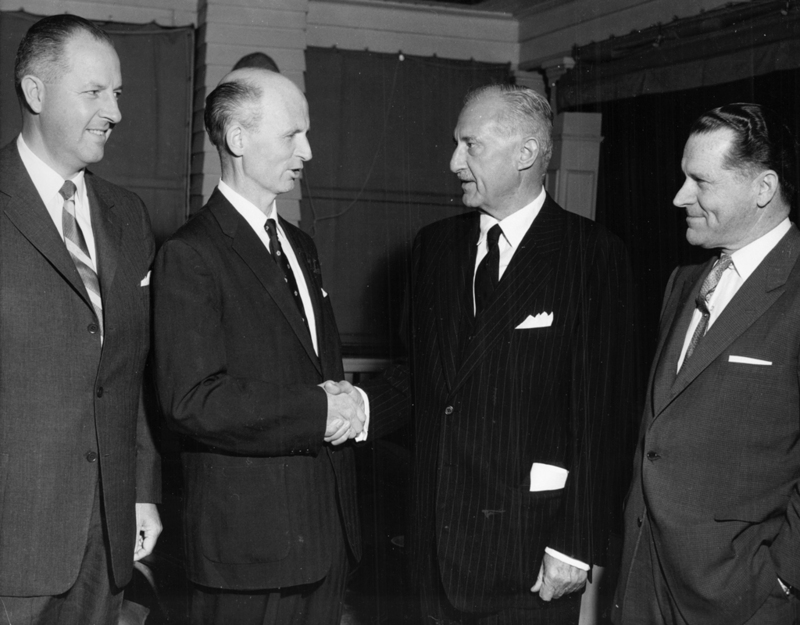 After a meeting with the Board of Governors, James A. Gibson accepted the position of president for Brock University. Here he is seen with  D.G. Willmot on the left,  board president Arthur A. Schmon and Dr. Stanley Deekes on the right.