Arthur Albert Schmon was born in 1895, in Newark, New Jersey.  During his studies at Barringer High School in Newark, he met Eleanore Celeste Reynolds who was to become his wife in August of 1919. The correspondence  between Celeste [as she was known] and Arthur was lovingly preserved by Mr Schmon and is part of the Arthur Schmon fonds, RG 524, in the Brock University Archives. Mr. Schmon studied English Literature at Princeton and graduated with honours in 1917. 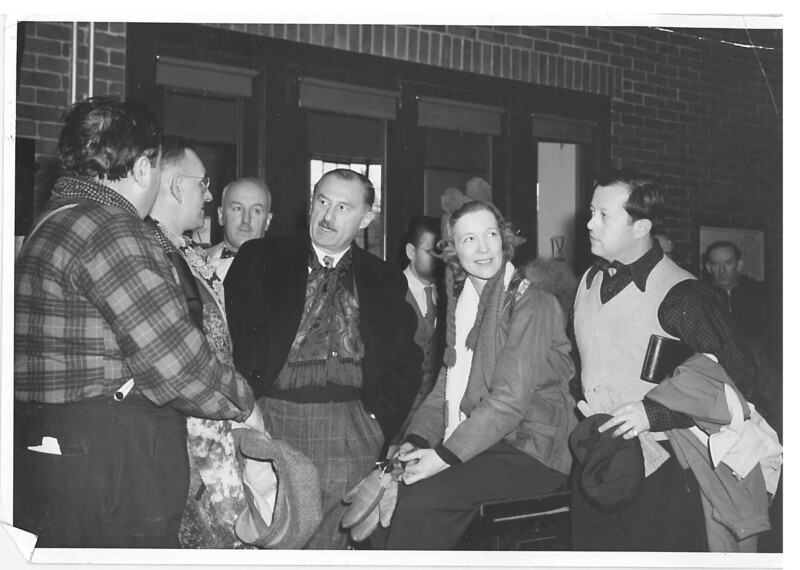 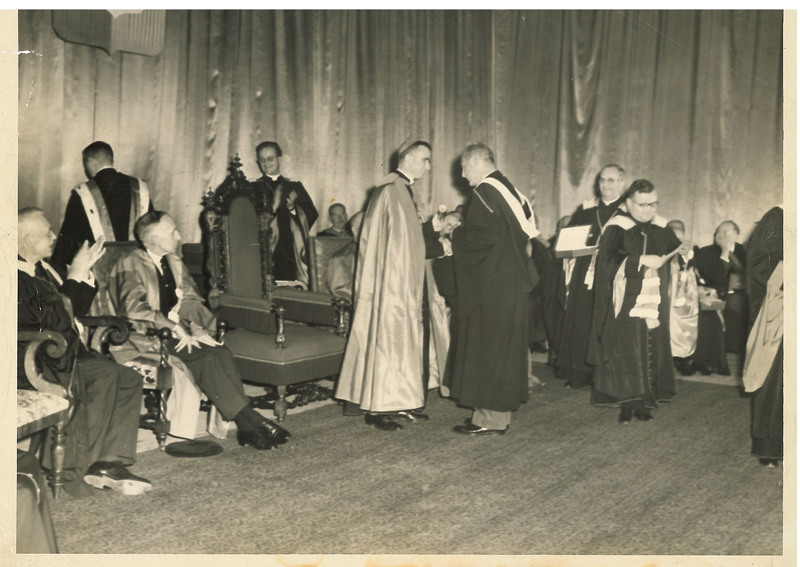 In 1917, Mr. Schmon joined the United States Army where he served under Colonel McCormick as an adjutant in field artillery in World War I. In 1919, he was discharged as a captain. Colonel McCormick (editor and publisher of the Chicago Tribune) offered Schmon a job in his Shelter Bay pulpwood operations. In 1933, Schmon was elected the President and General Manager of the Ontario Paper Company. He later became the Chairman and Chief Executive Officer.

Arthur Schmon made his home in St. Catharines where he played an active role in the community. Schmon was a member of the Founders’ Committee at Brock University and he was a primary force behind the establishment of a University in the Niagara Region.  He also served as Chairman of the St. Catharines Hospital Board of Governors for over 15 years, and was responsible for guiding the hospital through a three million dollar expansion program. He was a Governor of Ridley College and an Honorary Governor of McMaster University in Hamilton.

Arthur Schmon was predeceased by his wife Celeste. He was married again, but the marriage was brief due to his untimely death. Mr. Schmon died of lung cancer on March 18, 1964. He had been named as the St. Catharines’ citizen of the year just one week prior to his death. Mr. Schmon had two sons, Robert McCormick Schmon, who was chairman of the Ontario Paper Co. Ltd., St. Catharines, Canada, and the Q.N.S. Paper Co., Baie-Comeau, Canada. He was also director of a Chicago Tribune Company.  He died at the age of 61. Another son, Richard R. Schmon, was a second lieutenant in the 313th Field Artillery Battalion, 80th Infantry Division in World War II. He was listed as missing in action on November 5, 1944.

Article which names Arthur Schmon as citizen of the year by the St. Catharines Junior District Chamber of Commerce. Sadly, he died before receiving the award. This article is from The Globe and Mail, 1964. 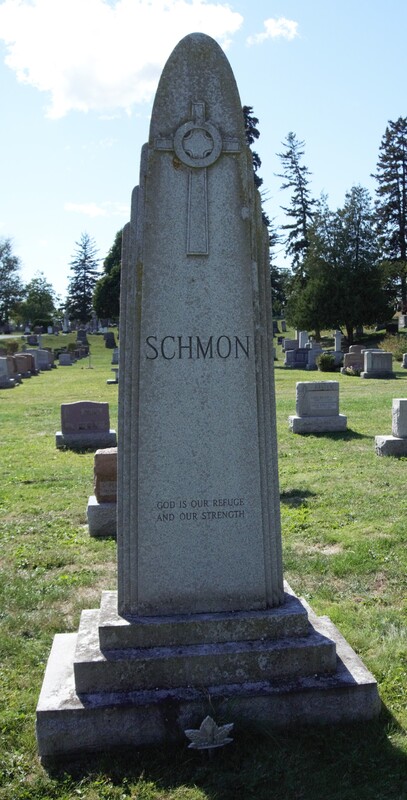