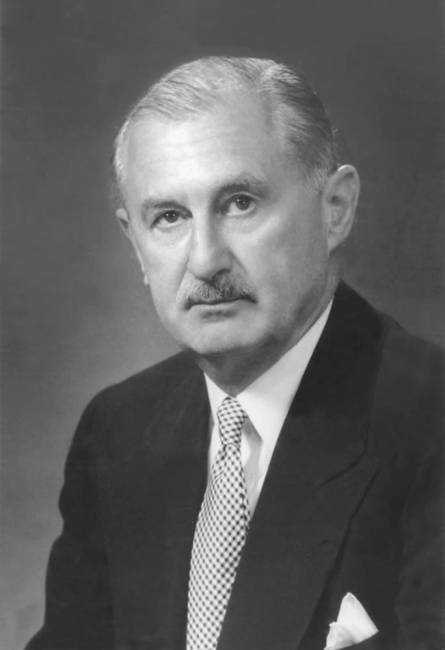 Other Positions held by Arthur Schmon

When Robert McCormick died in 1955, Schmon was appointed as one of the trustees of the McCormick-Patterson Trust which had a controlling interest in the Tribune Company. The Tribune Company had a number of affiliates and subsidiaries. These included: The Ontario Paper Company Ltd., Quebec North Shore Company and the News Syndicate Company.

Schmon's titles included: Chairman and President of the Manicouagen Power Company, Vice-Chairman of the Canadian British Aluminum Company Ltd., Chairman of the Board of St. Raymond Paper Ltd., Director of Industrial Acceptance Corporation Ltd. and Foster Wheeler Ltd. and Chairman of the Advisory Committee of the St. Catharines and District Canada Trust Company and the Huron and Erie Morgage Company.

In 1939, Arthur and Celeste went on a trip to Italy and Germany.  Arthur made notes on what he saw. Here is an excerpt from his point of view regarding what was going on in Germany.

Summoned to the Palace

Arthur and Celeste were internationally known and respected.  Their tickets to the coronation of Queen Elizabeth II attest to this. 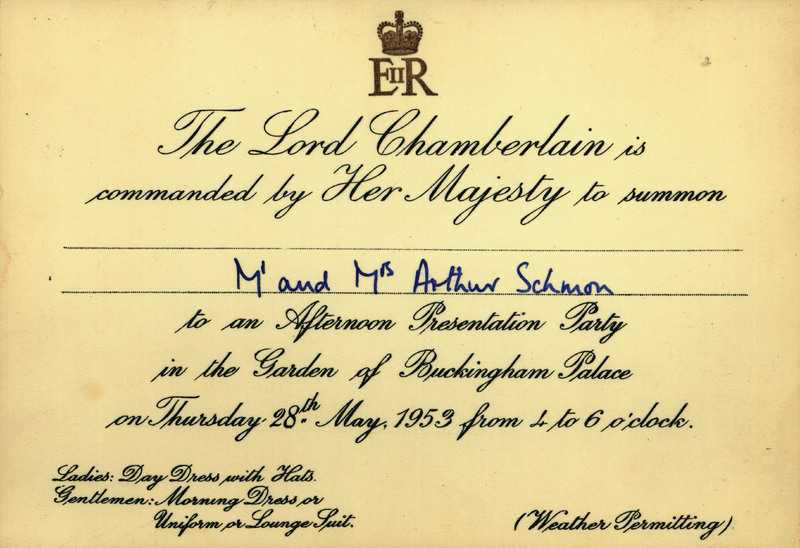