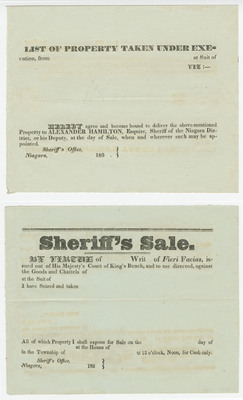 Forms for property to be taken under execution, and a Sheriff's sale, 1830s

Alexander Hamilton also became the Sheriff of the Niagara District.  This job involved many tasks such as confiscating property and holding Sheriff's sales, keeping track of the prisoners in the Niagara Gaol, collecting tolls for public services, and ensuring that convicts received their sentences (or reprieves).   In one instance, Hamilton was required to perform an execution.

During William Lyon Mackenzie's rebellion in Upper Canada in 1837, Hamilton was responsible for investigating seditious individuals in Niagara.  James Morreau, one of the leaders of the Short Hills raid, was sentenced to death for his role.  When the executioner failed to arrive, the task fell to Hamilton.  Hamilton offered one hundred pounds to anyone who would take the executioner's place but no one volunteered.   He was careful to ensure that the hanging would provide a quick death for Morreau and was commended by the government for the "cool and firm manner" in which he performed the execution.  It has been noted that the execution seemed to have an impact on Hamilton and that he was depressed from this time until his death a few months later. 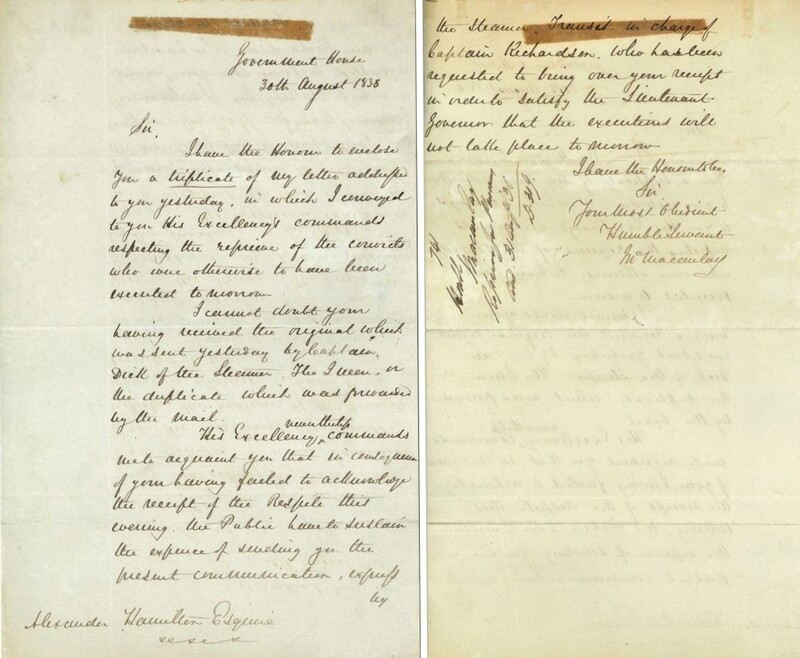 Letter to Alexander Hamilton from Jno. Macaulay, Government House.  The letter concerns a reprieve for convicts who were scheduled to be executed the following day, August 30, 1838. 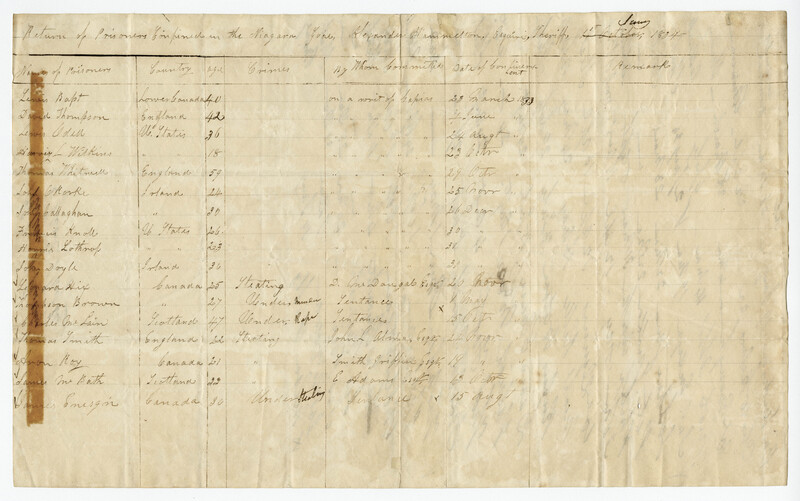 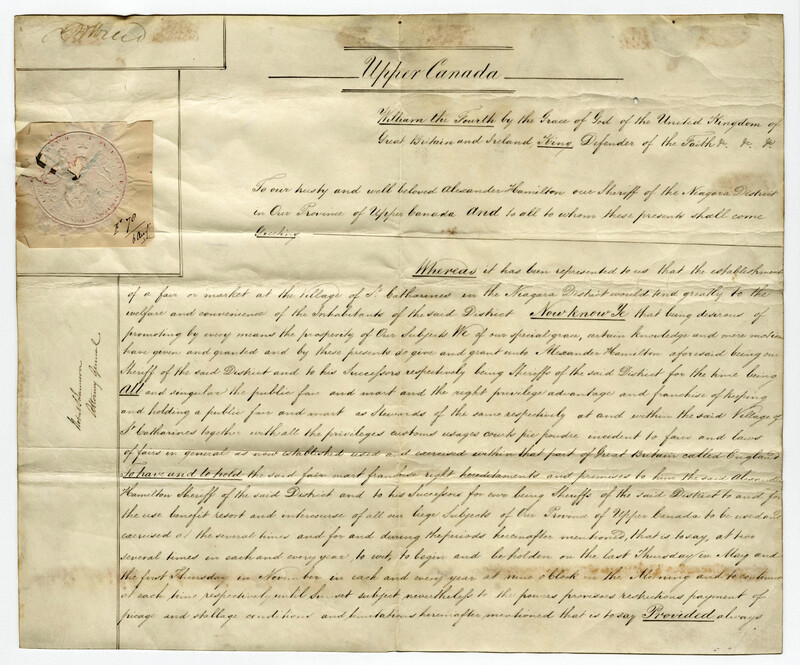 Letters of Patent to establish a fair or market in St. Catharines, 1836.  The document gives Hamilton, as Sheriff, the authority to collect the tolls.