In 1827, Sutherland resigned as Deputy Postmaster General and was replaced by his son-in-law, Thomas Stayner.  When Stayner took over the post from Sutherland, he began to question Hamilton’s handling of the American mail.    He requested that Hamilton consult with him instead of American postal authorities.  In return, Stayner would provide Hamilton with the usual commission on undelivered American mail.  Hamilton was unhappy with this arrangement and insisted on maintaining the same postal charges that had been established with the American authorities.  Stayner responded by arranging with American postal officials that mail be sent to the Niagara Post Office for distribution instead of Queenston. 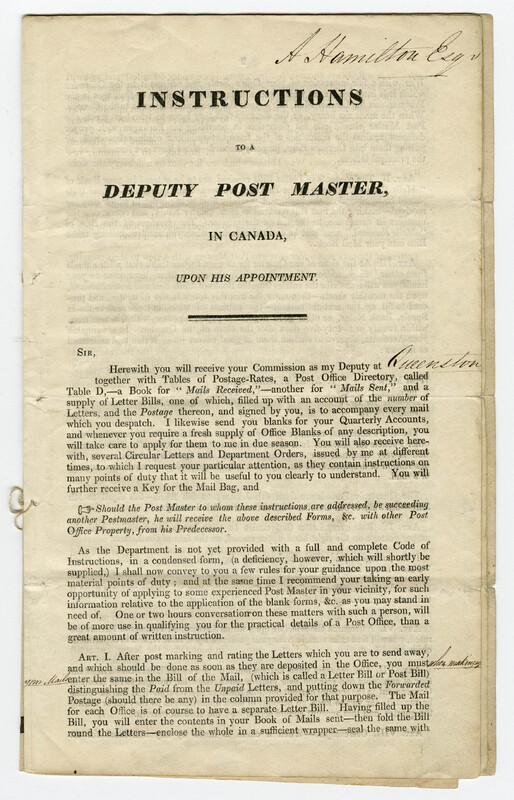 Instructions to a Deputy Post Master in Canada upon his Appointment, signed and annotated by T.A. Stayner.  This copy belongs to A. Hamilton.  Queenston is written in as the place of employment.

In response, Hamilton began a campaign to reinstate Queenston as the distributing post office for American mail.  He presented Stayner with a petition signed by prominent citizens, wrote to the Lieutenant Governor for assistance, and appealed to the Assembly.  He also continued to receive mail from Lewiston and added commissions for collecting American postage from offices in the interior to his quarterly accounts to Stayner.  In 1830, Stayner's decision was reversed when it became clear that the service from the Queenston Post Office was superior and those using the service would not be satisfied until Queenston was reinstated as the cross-border post office. 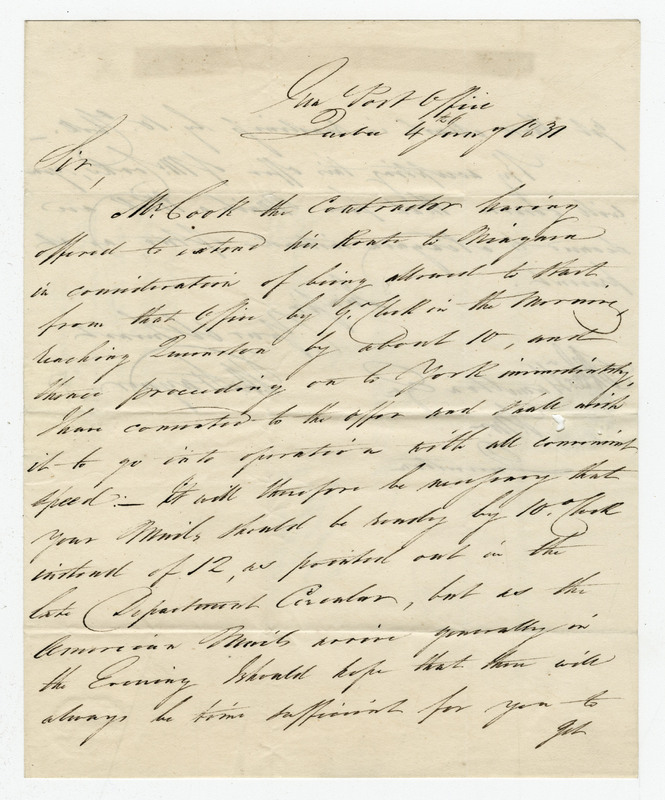 Letter to Hamilton from Stayner about the extension of the mail route to Niagara, 1831 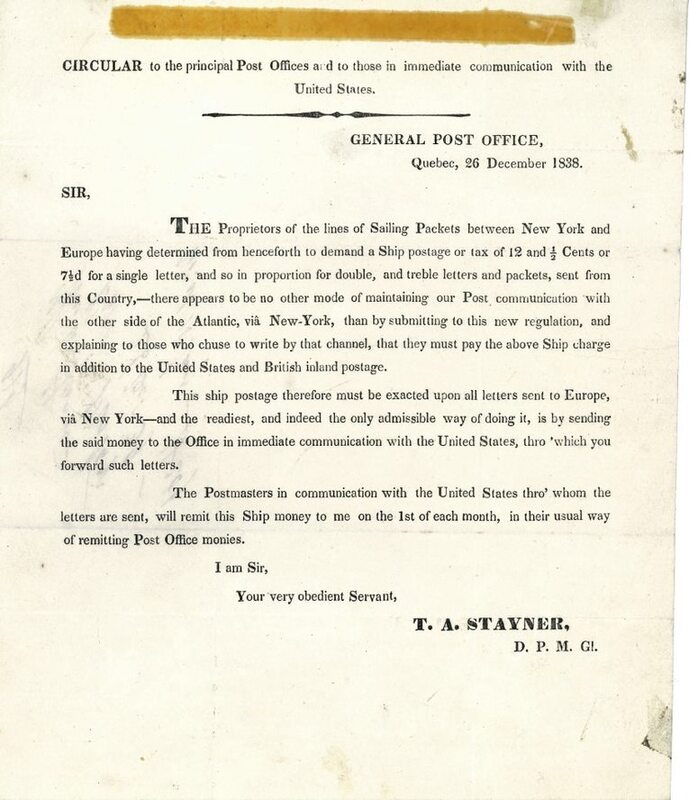