Another source of conflict between Hamilton and Stayner was the large amount of American postage owed by Hamilton to the General Post Office.  The American postal system required that postage be collected by the recipient of the mail.  This amount was collected by British postal officials when necessary and passed on to American postal authorities.  In 1834, Hamilton owed over £900 for American postage, one-third of which was due by postmasters in the interior.  By 1836, the amount owing was around £2000.  Stayner was obliged to remit the money for American postage to the United States post office and pressured Hamilton to settle the account.  Hamilton claimed that he was not responsible for collecting overdue accounts from post offices in the interior.  In 1836, Stayner turned over this matter to Charles Berczy, the post office surveyor in charge of operations for Upper Canada.  It was arranged that the interior postmasters were to make payments directly to Stayner instead of Hamilton.  Hamilton was directed to deposit his receipts into Stayner’s account at the Bank of Upper Canada, and Hamilton was required to provide mortgage security to the post office on lands with a value of at least £800.  Hamilton worked to use any assets he could to help pay the debt, and worked with Stayner to collect money owing from the interior post offices.   Despite these efforts, he was never able to settle his debts with the General Post Office in Quebec. 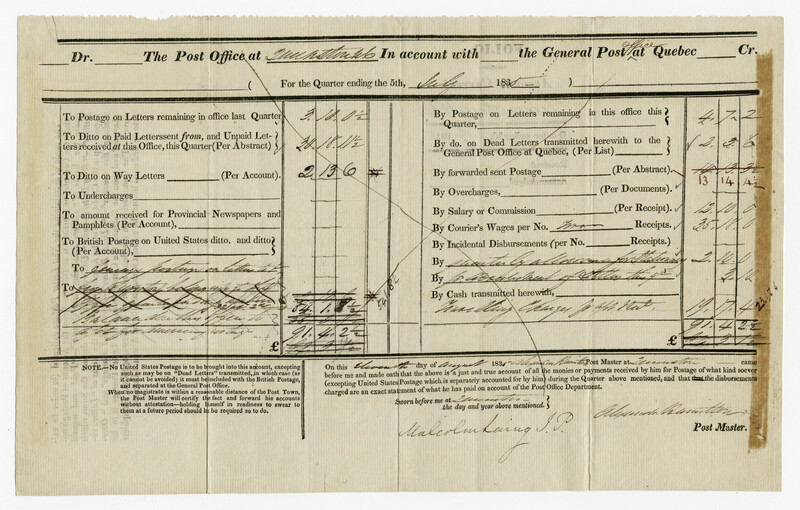 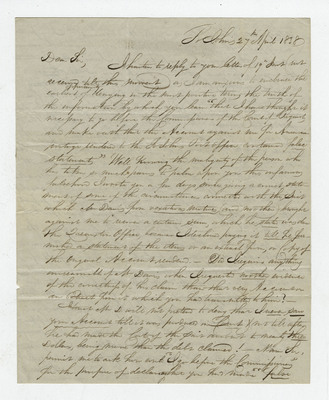 An ongoing problem that affected cross-border post offices was the different systems of collecting British and American postage. The British system required that postage be pre-paid by the sender, whereas the American system required that postage be paid by the recipient.  Many felt that they were being charged too much postage.  Deputy Postmaster General Daniel Sutherland  preferred the American system, which proved to be lucrative for him.  He took a 20 percent commission on all postal revenues collected for the American Post Office and unsuccessfully tried to persuade the British Post Office to adopt such a system.  Many merchants chose to use illegal private couriers to take correspondence for American recipients to American towns for mailing, thereby avoiding the British postage.   Sutherland largely ignored this practice, although he did attempt to curb the use of steamboat captains as mail carriers within the British colonies in place of official mail carriers. 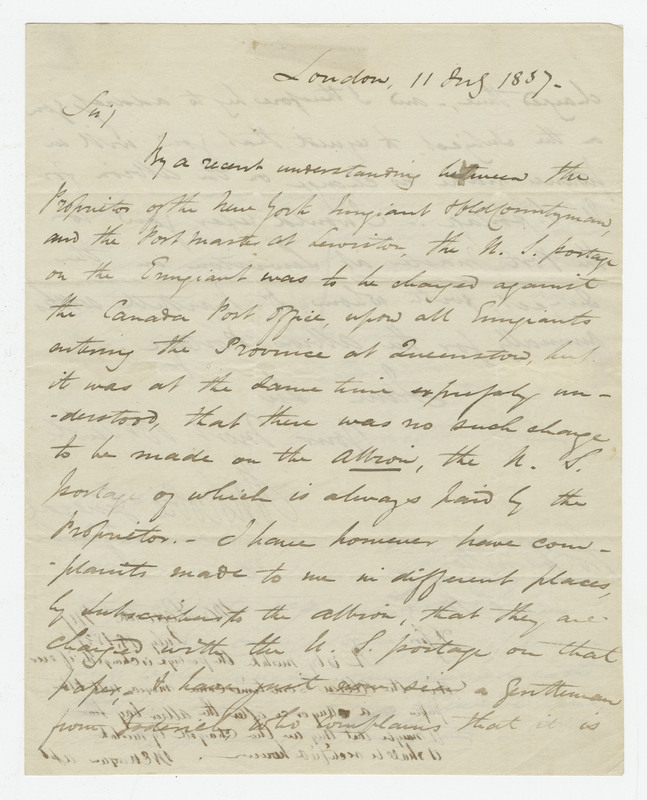