Justice of the Peace

After the war, Hamilton began actively seeking public offices in the Niagara District as they became available.  These public offices allowed him to restore his finances.  In 1817, he received his first commission as a Justice of the Peace.  He went on to become a Surrogate Court Judge. 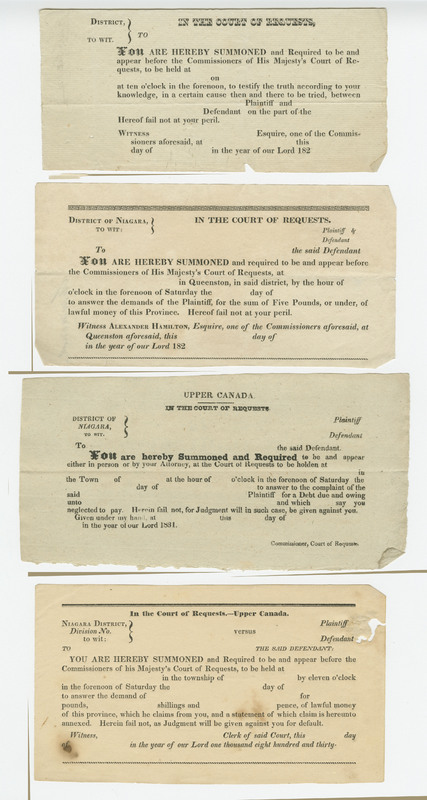 Upper Canada Court of Requests Summons, 1820s-1830s.  Alexander Hamilton's name is printed on some of the forms. 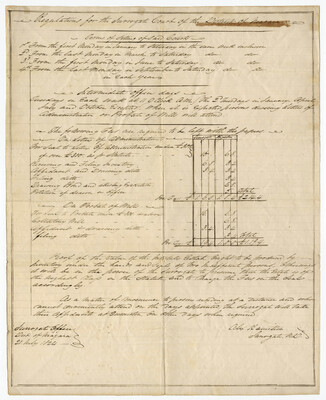