Alexander's father Robert Hamilton (1753-1809) was a successful businessman and office holder who established a store in Queenston around 1785.  Alexander attended school in Queenston and Niagara before being sent to further his education in Scotland.  Upon his return to Queenston, he worked in his father’s business.  When his father died in 1809, his major business enterprise of retailing, forwarding, and portaging around Niagara Falls was left to Alexander and his brother George.    Although the business had been very successful, the brothers' inexperience, a changing economy, and a delay in settling the assets of Robert’s estate caused the business to decline. 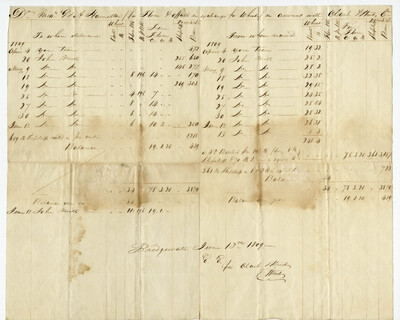 Bill of Exchange to George and Alexander Hamilton, 1809 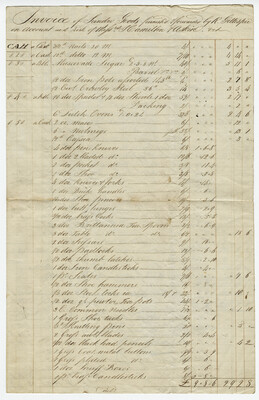 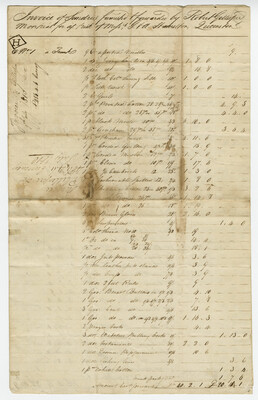 An invoice for sundry goods to George & Alexander Hamilton from Robert Gillespie, 1811

Alexander’s business activities were interrupted by the War of 1812.   After the war, he resumed running his businesses but was faced with financial hardship.  Burdened by debts incurred by him and his brothers, he tried to revitalize a milling business he owned with his uncle Charles Askin in Canboro Township.  Unfortunately, this drove him further into debt and the business failed in 1817.  His prospects improved in the winter of 1817-1818 when he was approached by William Smith about a business venture portaging the North West Company’s goods at Niagara.  The Montreal firms of the North West Company were willing to lend money for the purchase of facilities.  Competition was intense, with multiple companies seeking this business.  The venture failed in 1821 when the North West Company amalgamated with the Hudson’s Bay Company and their route was no longer used for shipments.  Hamilton and Smith were left with debts from the business and Hamilton was forced to use the remainder of his money from his father’s estate, as well as his land, to pay the debt. 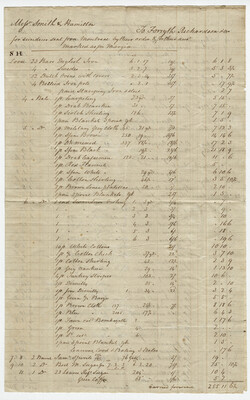 Invoice from Smith and Hamilton, 1818 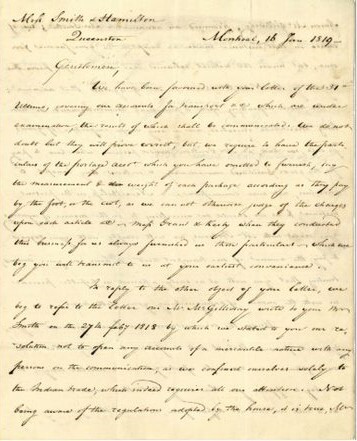 Letter to Smith and Hamilton from fur traders McTavish and Galloway, Montreal, 1819