Alexander Hamilton (1790-1839) spent most of his life in Queenston, Ontario.  Alexander was a businessman, militia officer, Justice of the Peace, Sheriff, Judge, and Postmaster.   He had a lasting impact on the community and was important in the history of Upper Canada.  Alexander's father Robert Hamilton was a successful businessman, and his mother Catherine was a member of the prominent Askin family.   His wife, Hannah Owen Jarvis, was the daughter of first provincial secretary and registrar William Jarvis.

Alexander's numerous roles saw him closely involved with many significant events in the history of Upper Canada.  He was involved with the fur trade, served during the War of 1812, kept peace and order during the Rebellion of 1837, and played an important role in the early development of a cross-border postal system.   Despite all of his accomplishments and apparent success, Hamilton struggled with his finances for much of his life. 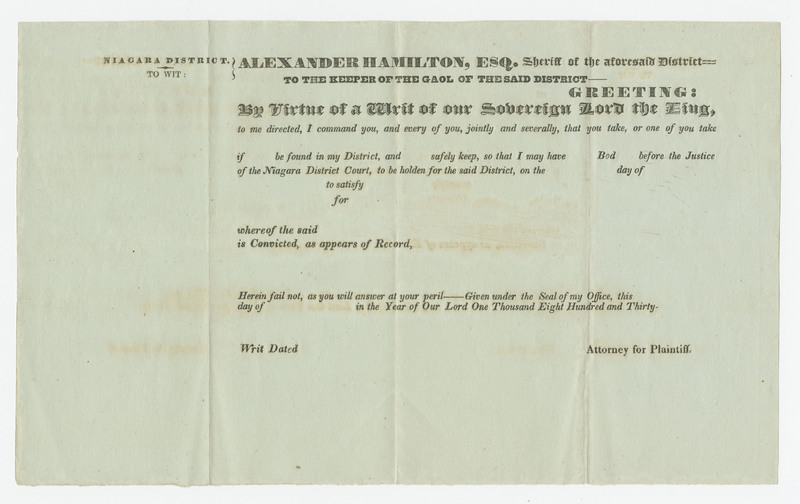