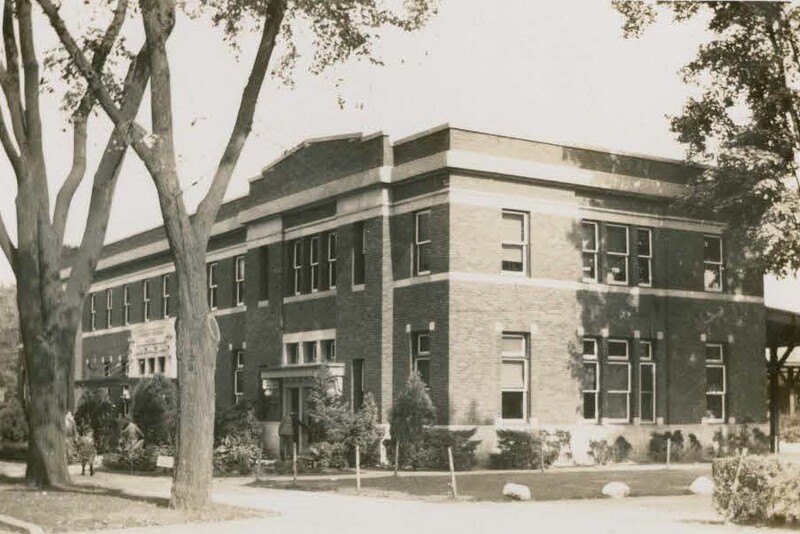 The Canadian National Electric Railway terminal in St. Catharines was located on Geneva Street following the Welland Avenue crossing.  Canadian National took over the electric railway from the Niagara, St. Catharines, and Toronto Railway in 1923, the same year that construction began on the terminal.   For the next 25 years, St. Catharines had a unique transit system that had direct rail and bus routes to local towns and cities as well as direct connections to steamships and major North American railways.   The terminal was eventually demolished and a strip mall currently occupies the site. 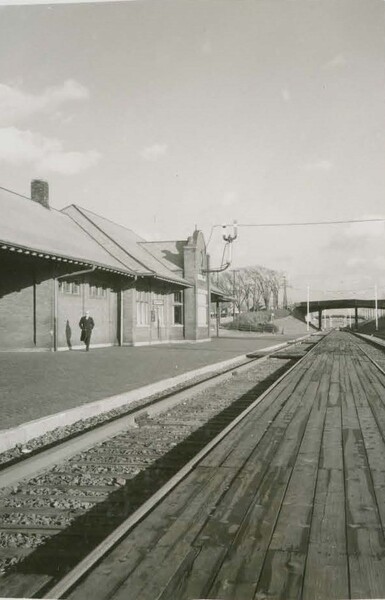 The Canadian National Railway (CNR) Station in St. Catharines was built in 1917.  It was built by the Grand Trunk Railway which was taken over by the CNR in 1923.  It was built during a period of significant railway expansion that ended after World War I.  The building in many ways resembles other Grand Trunk Railway stations of the same period but is exceptional because of its use of detailed materials, and extensive office and freight spaces.

The building remains in use as a railway station with rail services provided by the Maple Leaf train between Toronto and New York City and is a GO Transit stop.  It is a designated Heritage Railway Station. 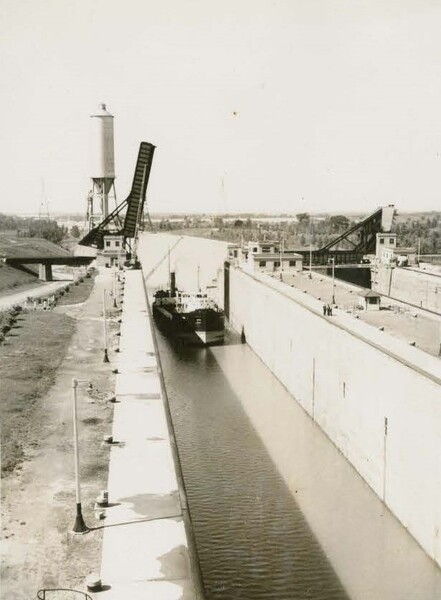 Construction on the fourth Welland canal began in 1913 but progress was delayed due to a shortage of workers and material during the first World War.  Work was temporarily halted but resumed in 1919 under the supervision of Alexander J. Grant, Chief Engineer.  The new canal needed to be large enough to accommodate the Great Lakes steamers of the time.  The route largely remained the same from Port Colborne to Thorold.  From here, the canal followed Ten Mile Creek Valley and joined Lake Ontario at Port Weller,  just east of Port Dalhousie.  It was necessary to construct a harbour at Port Weller as a natural one did not exist.  The canal has seven lift locks and one guard lock.  It was opened in 1932 and is officially known as the Welland Ship Canal.   This canal remains in operation. 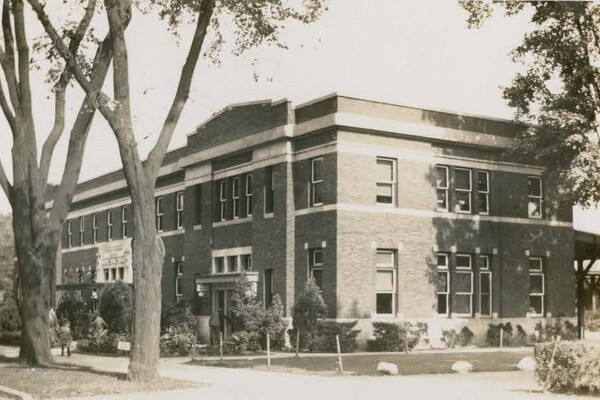